As a kindred cousin to the current Mazda MX-5, the all-new 124 Spider shares much in the way of underpinnings: platform, multi-link rear suspension, rear-wheel drive and interior fittings among them.

But, under the bonnet is the Chrysler Fiat group's MultiAir 1.4-litre turbo petrol four-cylinder pumping out 125kW @ 5500rpm and 250Nm @ 2500rpm. And, to state the obvious, it looks way different, too.

How does it look?

Designed at Centro Stile in Turin, Italy, the newcomer takes its styling cues from the iconic road-and-rally original of the 1970s but, this is very much a car for the 21st century. Check out the streamlined silhouette and stretched bonnet along with black side sills; 17-inch Gun Metal aluminium wheels and sport-tuned, chrome quad-tip exhaust. But there's also substance to the style – both the front bumper, with its large air intake, and the rear bumper's aerodynamic extractor were shaped in a wind tunnel as were the rear spoiler and wind stop, all aimed at optimising air flow.

And out of sight, but not out of mind, is a track-focused suspension – Bilstein dampers, stiffened anti-roll bars, strut bar and mechanical limited-slip differential among the hardware. A six-speed manual transmission comes standard, though a six-speed auto with paddle gear shift can be optioned (all cars at the launch were manual). The manual returns an ADR combined cycle fuel figure of 6.5 litres/100km and the auto 6.7.

Spider-specific Nero (black) leather/microfibre seats are standard, with the option of leather in Nero (black) or Nero/Rosso. Leather/Alcantara Recaro seats are also available in Nero.

Without driving the pair back-to-back, the Spider feels quicker but more apparent is the torque difference. The Italian car pulls strongly out of corners and up hills with less need to downshift.

With the engine mid-mounted, much of the afore-said heft is contained between the axles. Weight distribution is 50/50, so little wonder the Spider carries itself with poise and balance. Ride quality on the 205/45 R17 rubber, even over a patchwork of back block bitumen, is accommodatingly compliant and NVH (noise, vibration, harshness) levels acceptable for segment.

Road drive completed, the Norwell Motorplex driving facility beckoned. First up, a wet skid pan. Powering on in second gear, the Spider 'threaded the needle' through a circular layout of traffic cones with ease, turning in and holding its line with just a hint of tail wag. ESC disengaged, the playfulness heightened with power slides able to be induced at will, though at no stage did the Spider have a sting in the tail.

Several laps of a dry track on the full circuit – in 'Sport' mode and foot down – further heightened the Abarth's fun factor. The steering is well-weighted; the gearshift throws a tad heavy but short and precise. The Brembo brakes, with monoblock aluminium four-piston callipers up front, proved as indefatigable as they were effective and progressive.

In our day out with the Spider it was hard to pick a major fault, let alone a minor foible. Even the note of the sports exhaust – not bad, but could be rortier – can be addressed with the addition of a dual-mode Monza exhaust (available later in the year for $1895).

Whether the Abarth is better than that perennial favourite, the mighty MX-5, is not the question here – only a two-car comparison would answer that. More to the point, the 124 Spider is its own entity. As such, it makes a very welcome addition to the (unfortunately) thin sports roadster ranks. Enthusiasts rejoice.

Did you know NRMA Members save on car insurance? 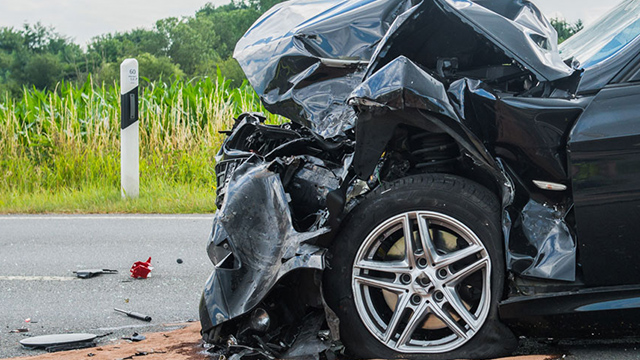 How to ensure the car you buy is safe