For the second year running, a petrol/electric hybrid has taken out the title of Australia’s Best Medium Car. In 2018, the win went to Toyota’s Camry Ascent Hybrid. In 2019, its slightly dearer and higher specification sibling, the Ascent Sport Hybrid, scores the trophy.

The category price point was raised this year from $50,000 to $65,000, ensuring a host of strong competition. As well as the usual suspects from Mazda, Kia, Subaru, Ford, Hyundai, Honda, Peugeot and Infiniti, the field was boosted by vehicles from the now phased-out Large Cars Under $70K category, such as the V6 Holden Commodore Calais. In all, some 15 vehicles vied for victory.

The Camry won on its strengths across all three fields of value for money, design and function, and on the road. With a score of 800 points, it finished 18 points in front of the Mazda6 Touring, with Peugeot’s stylish new 508 GT a further 40 points behind.

Judges awarded the Ascent Sport Hybrid category-leading scores for smoothness and quietness, as well as environment and perfect 10s for running and repair costs and fuel consumption. In addition, it finished equal category-leading in insurance cost, safety and ride quality, and scored highly in most other areas.

Much of the Camry’s convincing is down to a superior, all-round package that came to market in the form of its eighth generation in late 2017. This was the first sedan to adopt Toyota’s New Global Architecture (TNGA), which the company said transformed the way its vehicles were designed, engineered and packaged. According to Toyota, TNGA “enables greater freedom in design, resulting in a more athletic profile with a lower roof and bonnet, a better driving position and improved dynamics due to its lower centre of gravity and greater torsional rigidity”. As an example, TNGA packaging allowed the nickel-metal hybrid battery to be moved from the boot area to under the rear seat, improving cargo space and positioning weight lower in the car to assist vehicle dynamics.

At the Camry Hybrid’s core is a new 2.5-litre four-cylinder Dynamic Force Engine, which offers 11 per cent more power and four per cent better torque, with thermal efficiency amongst the best in the world. The new hybrid system delivers fuel economy as low as 4.2L/100km, a figure that Toyota said was better than the second-generation Prius hybrid sold in Australia until mid-2009.

Combined with the boost in engine performance and efficiency, a host of changes to the MacPherson strut front suspension and new rear suspension – aimed at improving handling dynamics and ride quality – brings an element of unprecedented driving engagement, which the judges noted. Even the CVT has six quick-shifting ratios for manual-like gear changes, while a new Sport drive mode has been added to the previous ECO and Normal modes, delivering improved acceleration response relative to pedal input.

The latest safety tech is standard across the range, including a pre-collision safety system, autonomous emergency braking and lane departure alert with steering assist. All Camry models are equipped with seven airbags.

The Ascent Sport Hybrid, distinguished by its sports bumper and side skirts, features an eight-inch display screen, satellite navigation, a seven-inch multi-information display, clearance sonars, power driver’s seat adjustment, dual-zone air, and keyless entry and ignition. While performance, equipment and safety are up, pricing is down with the Ascent Sport Hybrid some $1200 (manufacturer’s list price) less than the previous generation equivalent model.

The runners-up are also attractive propositions. The Mazda6 Touring and Peugeot 508 GT each scored a perfect 10 for safety and finished equal category-leading for handling and braking. The former was judged the category leader in ergonomics, while the latter topped the scores for seating comfort and build and finish quality.

Members save with NRMA car loans 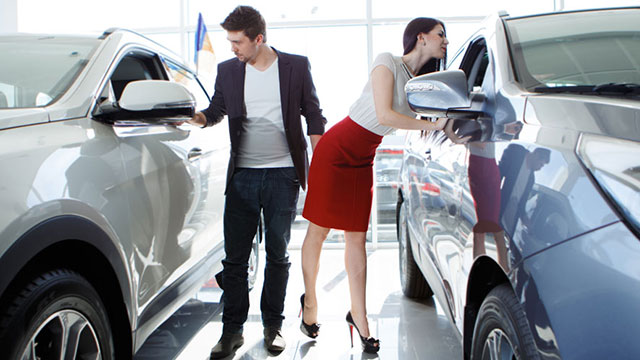