Medium cars are an interesting proposition in the Australian market. When buyers started moving out of large cars, many thought the mid-sized sedan would be the natural step as they still offered plenty of interior space and good safety in slightly smaller, more economical packages.

However, Australians' seemingly unquenchable desire for SUVs saw a complete shift away from the sedan body-style in favour of the more practical wagon style of SUVs.

As such, mid-sized cars make up a tiny part of the market as a whole, and luxury mid-sized cars even smaller, around 1.5%. And among such cars, this works in favour of the buyer, as car makers have had to sharpen their pencils considerably to get sales, reinforced by the fact that you can get a base model Mercedes C-Class – last year's winner in this category – and still have plenty of change out of $70,000.

The Mercedes-Benz C 200 was up for a third win in a row but it's showing its age against the BMW 330i and the new Jaguar XE, with the BMW getting its nose in front this time around.

BMWs are famous for their dynamics so it's not surprising that the 330i topped the class for performance and handling. The 185kW/350Nm 2.0-litre twin-turbo four-cylinder petrol engine is fantastic and works seamlessly with the intuitive eight-speed auto. With the 330i's claimed 0-100km/h time of 5.8 seconds, it is almost two seconds quicker than both the C 200 and the XE. But despite this commanding performance, it's an extremely frugal powerplant, using just 5.8L/100km – second only to the hybrid Lexus IS 300h.

The judges were particularly impressed with how BMW had created a good balance between ride and handling. While not as 'comfortable' as the comfort-focussed XE and C 200, the BMW was better damped so the car settled more quickly than the other two after hitting larger irregularities.

Unusually for a sports-focussed model and especially a BMW (whose run-flat tyres are well-known for being noisy due to their stiffer sidewalls), the 330i tied for top spot with the Lexus hybrid in the area of smoothness and quietness.

The 330i outshone its rivals in design and function – with class-leading space, practicality and ergonomics. Like last year, the design of the 3 Series set it apart from the rest. The iDrive system is easy, logical and intuitive, with useful functions such as a head-up display and surround-view cameras. The cabin is more spacious than the rest of the field and everything falls easily to hand.

In cars over $50,000 you expect good seats, and there was not much between the seven cars in the field. The BMW's seats are supremely supportive and very comfortable.

Safety levels are usually high in this class and the BMW scored a perfect 10 (along with the C 200, Volvo's S60 and the Infiniti Q50 hybrid). Its driving assistance features include lane departure warning, lane change alert, a pedestrian warning system and a light city braking function.

And, of course, the level of fit and finish in the car is very high. 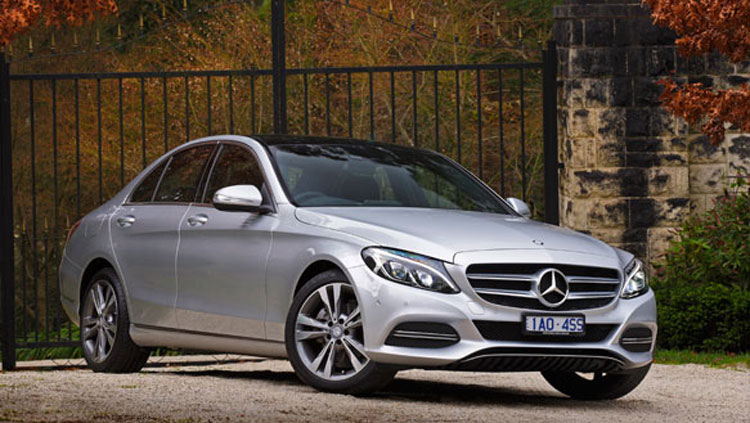 The C 200 was class-leading with the BMW in many areas such as safety, seating comfort, build and finish quality, and ride.

But while the dollar equations are in the C 200's favour, it couldn't match the 330i on the road, especially in performance and handling. Not that the Mercedes is a slouch, offering a seamless drive with its 135kW turbo-charged engine and seven-speed transmission.

And fuel consumption is at the frugal end of the scale – only the hybrid Lexus outpoints it and the BMW – aided by a fuel-saving stop/start system. 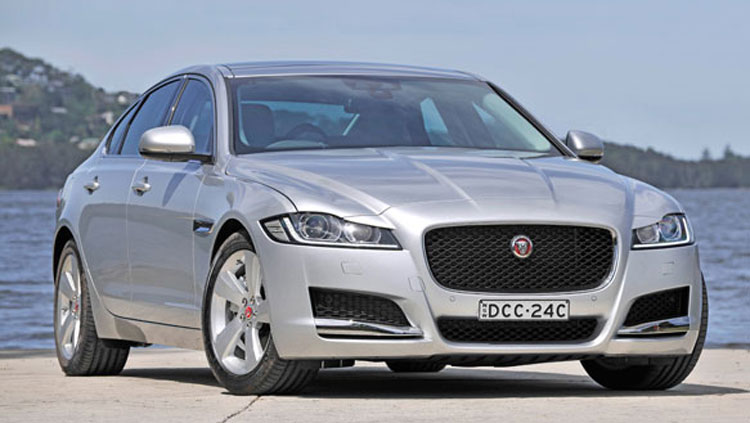 Last year Jaguar XE placed fourth, almost 100 points behind the winning C 200. But an updated model sees it leapfrog the Lexus into third place and considerably close the gap between it the two German cars.

While the new XE scores a 9 for safety it still has a five-star ANCAP rating with some cutting-edge crash prevention systems. It is one of the first vehicles in the segment to feature a stereo camera which provides a 3D view of the road ahead and is at the heart of its autonomous emergency braking system. It also boasts other systems such as lane departure warning, blind spot monitoring, closing vehicle sensing and rear traffic detection.

The Jaguar was a clear standout in braking. Its brakes had excellent bite and great pedal feel. There was no fade after repeated hard stops and the Jag consistently pulled up significantly quicker than the Merc or BMW.

Equal-class leading for ride, seating comfort and build and finish, the XE scored higher than the first and second placegetters for standard features. However, it's the smallest of the three, both in the cabin and the boot.

Despite housing the same capacity powerplant (2.0-litre four-cylinder turbo), the XE couldn't match the BMW 330i for performance, and it's also the thirstiest in the class, with an average consumption of 7.5L/100km.

Want to get behind the wheel of your dream car?