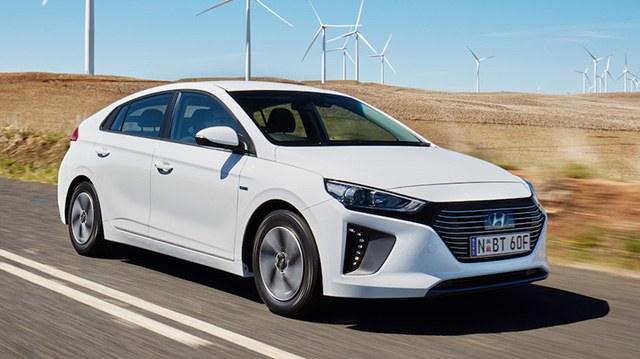 Wondering why the Hyundai Ioniq comes as a hybrid, plug-in hybrid and an EV? You’re not the only one.

Electric cars have now been on Australian roads for two decades thanks to hybrid trailblazers like the Toyota Prius and Honda Insight. Mitsubishi’s diminutive I-MIEV, launched in 2010, led the electric vehicle (EV) charge, but EV sales are still miniscule in Australia. Just 440 private EV sales were registered in 2018, while in Europe, which has a wider range of EVs to choose from, sales climbed 33 per cent over the previous year to 408,000. With new electric cars on their way to Australia, our market is predicted to grow significantly.

Hyundai quietly launched the Ioniq Hybrid (pictured at top of story) to fleet buyers in 2018 to gauge market interest and it’s the entry point of a range that now includes a plug-in hybrid (PHEV) and an EV. The Hybrid’s primary power source is a 1.6-litre Atkinson cycle petrol engine developing 77kW and 147Nm, matched to a six-speed dual clutch transmission (DCT). An electric motor delivers a combined 104kW and 265Nm and energy is stored in a 1.56kWh lithium-ion battery that’s only charged using regenerative braking. The combined fuel consumption figure is 3.4L/100km. 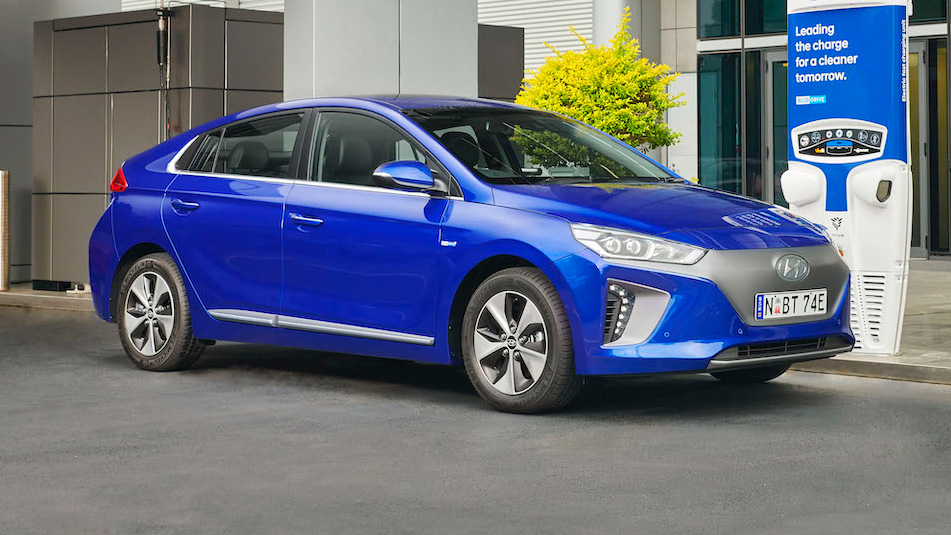 Next in line is the Ioniq Plug-in using the same 77kW 1.6-litre petrol engine, but with a larger 44.5kW electric motor and an 8.9kWh lithium-ion battery providing more storage. The larger electric package gives the Plug-in an official 63km driving range on pure electric, and a claimed fuel figure of 1.1L/100km. The Ioniq Electric uses an 88kW and 295Nm electric motor with a 28kWh lithium-ion battery, providing a range of 230km (based on Hyundai’s own testing). Two spec levels – Elite and Premium – are available across all three versions.

While the EV charger network in Australia is growing, it’s probably unrealistic to rely on them solely or the slow charge from a domestic power socket – and Hyundai’s preferred supplier charges $1950 to buy and install a domestic fast charger.

We drove all three models to the Southern Highlands and in each the suspension tune delivers a compliant ride over most surfaces and the steering is light without being vague. But with three very different powertrains, there are noticable differences in driveability. The Hybrid feels the most conventional and least inspiring. Its overall performance isn’t as strong as a normal 2.0-litre hatch with similar power outputs, but its trade-off is better fuel economy. 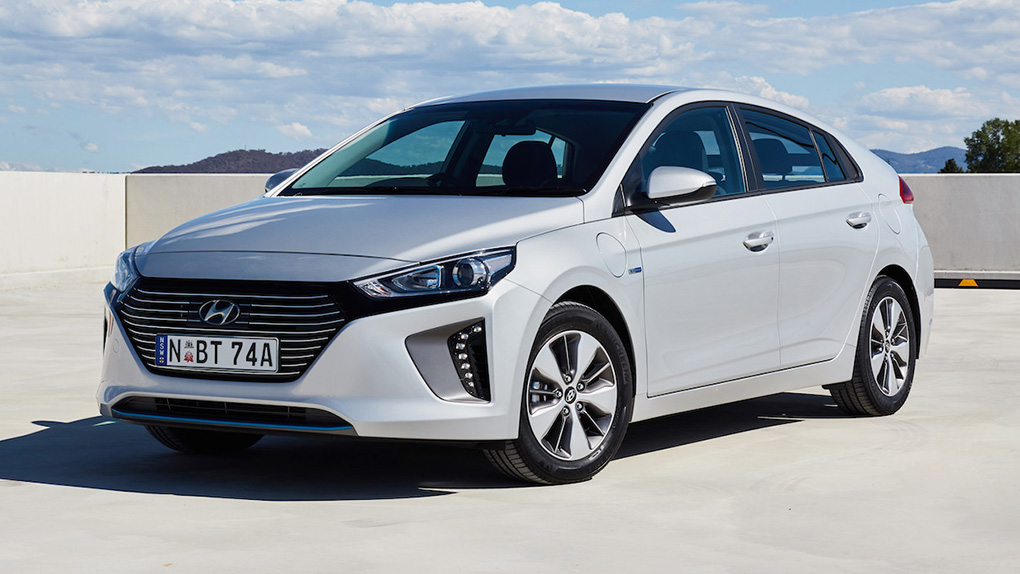 Performance from the Ioniq Plug-in is stronger and we drove for 50km in EV mode before the petrol/electric system came into play. When it did, mechanically it didn’t seem as polished and the powertrain wasn’t smooth transitioning between the modes under acceleration. This leaves the EV as the undoubted star for performance. It’s great off the mark and no gearshifts guarantees a smooth surge to highway speeds.

So why have three different drivetrains? As battery and electric motor technology improve, EVs are becoming more affordable and more manufacturers are committed to their development. This adds up to the Ioniq EV being the clear winner, both now and in the future.

Is your Hyundai due for a service?

Our mechanics take care of all kinds of Hyundais using the latest equipment and industry knowledge. 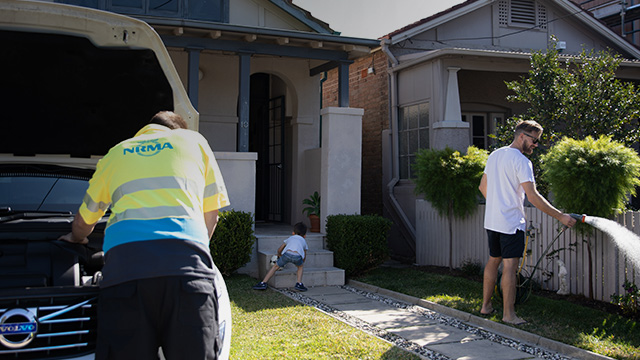 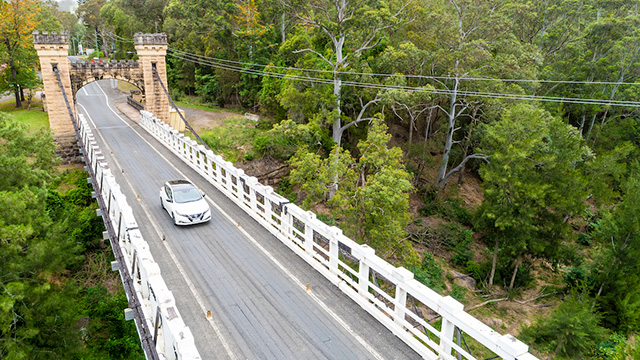