Not all Australia's Best Cars winners announce themselves early on. It's only after final testing and number crunching that some rise to the top. One example is the Mercedes-Benz GLC 250d, which was equal top in just three (out of 20) scoring criteria – fuel consumption, safety and environment – but took home the chocolates.

New to market in 2016 as a replacement for the GLK, the GLC utilises the W205 C-Class sedan's accomplished platform and drivetrains. Stretched to suit its SUV design brief, the GLC gives rear seat passengers 60mm more space overall by way of better leg and head room and a higher rear seating position. Depending on how many seats are folded down, cargo space is a generous 500 to 1600 litres.

Under the bonnet is a 2.1-litre, four-cylinder turbo-diesel pumping out 150kW of power and 500Nm of torque, driving through M-B's 9G-tronic nine-speed auto and 4MATIC all-wheel-drive system. With less weight to haul (1845kg) than some, the GLC has the wherewithal to match the second-placed Volvo XC90's performance although it falls short of third placegetter Jaguar F-Pace's muscle. The GLC claims 7.6 seconds for 0-100km/h, although it is a tad slow to get off the line on full throttle. Rated towing capability is 2500kg (braked) or 750kg (unbraked).

You don't equate impressive fuel economy with anything larger than a compact SUV, but the GLC can claim an ADR combined cycle figure of just 5.7L/100km.

Hop inside and the C-Class sedan's association is immediately evident, particularly from the B-pillar forward, where style meets comfort: leather-appointed, powered front seats; well-finished dash; the latest in connectivity and clear, commanding vision forward and to the sides.

The ride is rather firm, not surprisingly given the taut suspension and tall 20-inch alloys, particularly over corrugations and expansion joins. This can be eased considerably with an optional ($2490) Airmatic suspension system.

But a firm ride usually equates to sharper handling and, although not quite as dynamic as the F-Pace, the Merc feels agile and athletic on a twisty back road, turning in smartly while offering plenty of reassuring grip and traction. 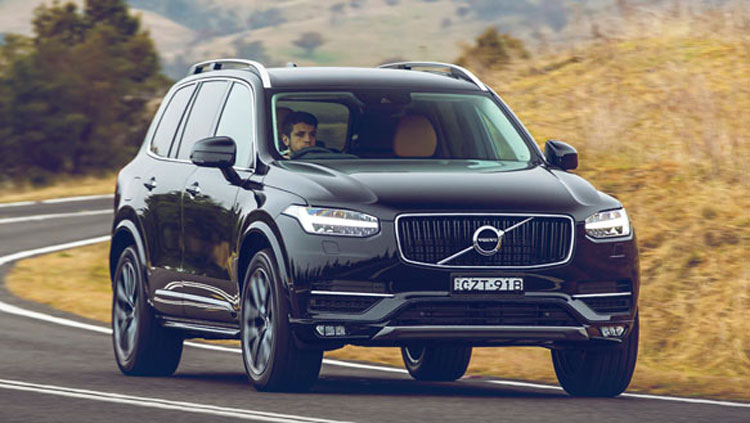 For examples of its ergonomic and comfort prowess, look no further than the front seats which offer plenty of adjustability, including powered lumbar support and cushion extension.

Second-row passengers have no complaints either, with space, comfort and outlook all good. An integrated child booster seat is a bonus and something other makes could well follow. The third row is not so accommodating, although this is often the case with seven-seater SUVs.

The Volvo's standard features and safety inventory are extensive. Mention should be made of two world-firsts upon the car's release in 2015: City Safety with Intersection Collision Mitigation and Run Off Road Protection.

With a 2.0-litre twin-turbo diesel engine putting out 165Kw and 470Nm, the XC90 carries its near-two tonnes well, although its handling prowess is short on dynamism. 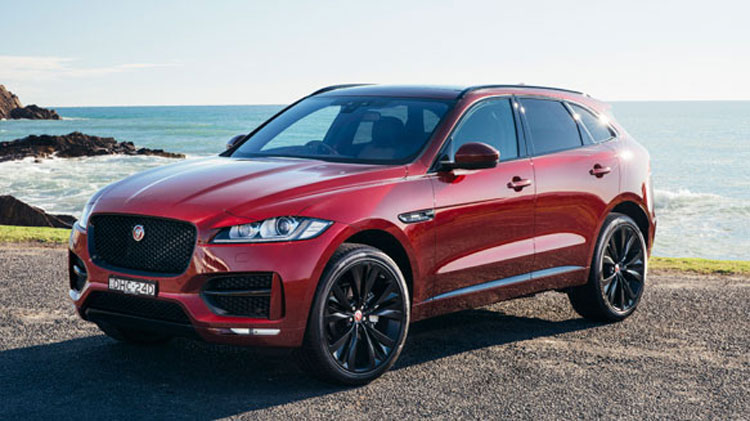 F-Pace is Jaguar's first SUV. Available in 10 variants, it differs to several in the prestige SUV category by being a five (not seven) seater and with rear-wheel, rather than front wheel, bias to its all-wheel-drive capability.

At around $100,000 drive-away, the powerful 30d R-Sport version with its 220kW/700Nm, 3.0-litre twin-turbo diesel V6 makes for an impressive drive, so much so it scored 9s for both performance and handling.

Weighing in less than many of its competition, the Jag is light on its feet and this contributes to its overall dynamism. The F-Pace corners flat, changes direction and turns in willingly; it's very car-like and nimble. The steering is well weighted and torque vectoring keeps the Jag tracking where the driver wants it to go.

With this bias for driving engagement rather than cosseting comfort, the F-PACE rides comparatively firm, even in 'normal' drive mode, although in no way could it be considered unsettled.

The F-Pace is no go-hard or go-home, one-trick pony, however. It finished equal highest for the environment and seating comfort score lines.

The few downsides? It has a relatively high purchase price, depreciation factor and insurance cost. But in all other areas it's more than a match for the two above it.