Sales of SUVs go from strength to strength, helping to stoke the fires of market competitiveness and drive product improvement. And in no other Australia's Best Cars category this year was competition so fierce. It's the sort of wafer-thin winning margin that politicians have nightmares about.

The previous-generation Subaru Outback was buried mid-pack in last year's score sheets. But the latest and greatest fifth-generation model rises to prominence thanks to a range of improvements and significant price reductions on all models. The 2.5i Premium's list price has dropped by $2000, putting it within striking distance of its cheaper Forester stablemate.

All Outback variants are more fuel-efficient, with official combined consumption for 2.5L versions nearly 9% better than before. Owners of the 2.5i Premium will also be shelling out less for running and repair costs than Forester owners.

Judges rewarded Outback's lengthy features list with an equal best-in-class standard equipment score. All the expected safety features including seven airbags will be found. Those after creature comforts won't be disappointed either.

Subaru has really paid attention to safety with Outback, achieving the highest score in ANCAP crash tests of any Subaru model to date. The latest, third-generation of Subaru's EyeSight driver assistance technology is fitted to Outback, helping improve safety credentials and make driver interaction with the vehicle easier.

Outback's infotainment system has been upgraded. There's a user-friendly touch-screen, and the system includes Pandora connectivity, sat-nav and voice recognition for a range of functions.

Outback is a model of consistency when it comes to criteria grouped under Design and Function, not scoring less than eight in any area of assessment. Only Forester can get close to it. That means good seating, user-friendly ergonomics, and the highly practical nature required in a SUV. It's also a high achiever when it comes to fit and finish, exhibiting a more premium look and feel inside than Forester.

Cabin and cargo space have been increased in Outback, making it one of the most usefully proportioned models in the class. Access to the load area is via a powered tailgate. Including a full-size spare wheel rated well with Australia's Best Cars judges - they especially like to see them in SUVs.

The drive experience doesn't let Outback down either. The 2.5L boxer engine delivers solid though not class-leading performance. That honour went to diesels from Kia and Mazda plus Hyundai Tucson's petrol engine.

Judges noted that Outback's CVT is one of the best versions on offer, providing efficiency but with far less characteristic engine flare inherent to many of these transmissions.

Outback provides a comfortable and composed ride, while its AWD handling is secure, confident and predictable whatever the road surface. Ultimately it wasn't quite as nimble as Forester. It was also capable of tackling mild adventures off-road, although arguably Forester was more talented when the going got a little harder.

To many buyers Outback will be the ideal travel companion and it's a worthy winner in Australia's Best Cars. 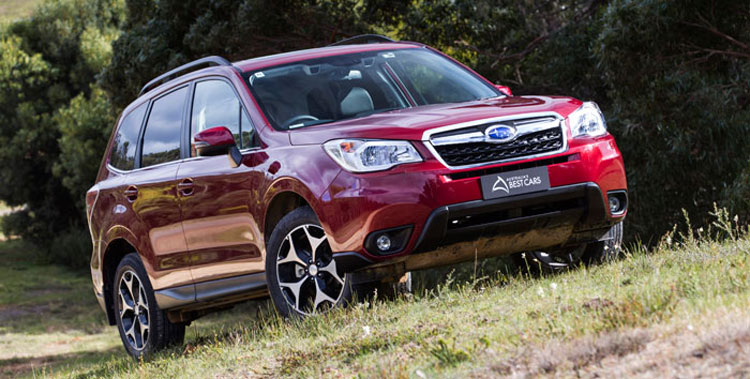 Many times has Subaru Forester stood victorious in Australia's Best Cars, including last year. Being relegated to second spot this time by such a skinny margin to its Subaru stablemate, the fifth-generation Outback, is certainly no disgrace.

A quick look down the scores for both vehicles confirms that, more often than not, Forester is level-pegging with Outback, or else it ebbs and flows in almost equal measure. So it still has a great deal to commend it to buyers in this category.

Buyers will be getting a vehicle that is generously kitted out with standard equipment. And it rates well above the class average for safety too, with features including seven airbags, Subaru's EyeSight driver assistance technologies, and a five-star ANCAP rating.

On road the highly practical Forester wagon stands the test with a comfortable ride and class-competitive performance from the 2.5L boxer petrol engine. Judges rated Forester's handling as one of the class leaders. It felt a little more nimble and willing to change direction through corners and our standard slalom test than its larger sibling, the Outback.

Forester still offers more ability to venture further off-road than most comers in this class. 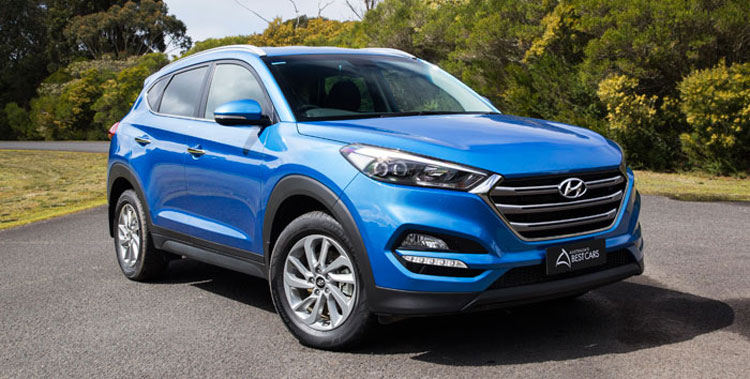 Hyundai's ix35, the model that the brand-new Tucson replaces, couldn't quite manage a finals berth last year. So it's not a bad effort for Hyundai's newcomer, only released in August 2015, to be sitting a mere 22 points astern of our winner Subaru Outback.

True to the Korean maker's form, Tucson delivers an overall value-for-money proposition that few vehicles in the class managed to equal let alone better. The standard features list is above average, the warranty and dealer network is one of the best going, and running and repair costs are also creditably high.

Bigger inside and out than the old ix35, Tucson is now one of the more spacious SUVs in the class. Well-laid-out controls, reversing camera, tilt-and-reach steering adjustment, keyless start, touch-screen infotainment and a hands-free power tailgate contributed to its better-than-average ergonomics.

Performance from the turbo direct-injection petrol engine and the 7 speed dual-clutch gearbox got the thumbs-up from judges, as did Tucson's capable dynamics and consistent, well-weighted steering. With 182mm of ground clearance and a centre diff-lock, Tucson will manage some milder adventures off the black-top.

An NRMA car history report can save you thousands