In the two years we have included 4x4 dual-cab utes in our testing program, there has only been one winner - the private buyer-focused Ford Ranger. However when you look at the new vehicles sales data, a different story is told: Toyota HiLux, which is loved by fleet buyers, has been the sales champion in this category for more than a decade. However HiLux never really stacked up when we put it through our rigorous testing program - until this time.

The new, eighth-generation HiLux is a significant improvement over the old model that, despite some updates, had been showing its age for a long time.

A new 2.8L 4cyl turbo-diesel engine improves upon the outgoing engine with the double punch of better performance and lower fuel consumption. It now delivers 450Nm of torque, a gain of 25%. The transmission has been upgraded to a 6 speed unit and, despite an increase in the overall vehicle weight, this drivetrain combo reduces fuel consumption to 8.5L/100km.

The modern drivetrain is particularly smooth and quiet and the cabin is well insulated to further reduce engine noise and improve the perception of quality. This focus on the cabin is where the most apparent improvements to HiLux have been made and where it really showed up the other finalists.

The interior feels more modern, while the finish and quality of materials used gives the HiLux a relatively high-class ambience for a working vehicle. The centre console is dominated by a seven-inch touch-screen multimedia system with sat-nav, Bluetooth and iPod connectivity. Modern convenience features such as climate control and a smart key are also included. Also, the addition of tilt-and-reach-adjustable steering - a rarity in this category - allows the driver to find a comfortable position and gives HiLux a more car-like feel.

HiLux is renowned for its toughness and is marketed as 'unbreakable'. Toyota has built on this with a strengthened chassis and beefed-up suspension. The off-road ability has also been improved, with 20% more wheel articulation, bigger dampers and larger disc brakes, along with greater under-body protection. These improvements were noted on our off-road testing - HiLux had greater clearance and articulation than the rest of our finalists.

Although all three finalists topped the class for tray space, HiLux can't match the other two in either payload or towing, where its limit is a step down at 3200kg. While the new engine is excellent, it lacks the strong pull of the Ranger/BT-50 twins that you'd really want when towing at maximum capacity.

HiLux has a five-star ANCAP safety rating. It has the usual complement of electronic stability control and seven airbags, including a driver knee airbag. But it isn't available with advanced safety technologies such as autonomous emergency braking and lane departure warning. These technologies are on Ford Ranger, albeit as an option.

With an indicated drive-away price of $60,641, HiLux SR5 is the second most expensive vehicle in this category - Ford Ranger is the first. However overall it is a marked step up on many of the other utes in this class. 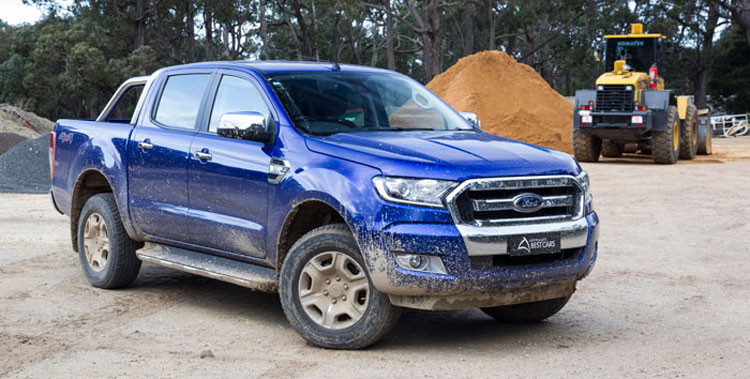 Ford Ranger is the modern iteration of the ute that's at the leading edge in technology, comfort and safety.

The big change is Ford's SYNC 2 infotainment system with a huge eight-inch touch-screen and sat-nav, a level of technology that has not been seen before in a commercial vehicle. Ranger can be used as a wi-fi hotspot, and there's even a 230v power outlet. However one box Ranger doesn't tick is a standard reversing camera on any model except the top-spec Wildtrak.

Ranger's 3.2L 147kW 5cyl turbo-diesel powerplant absolutely nails it in terms of power delivery. It brings a 3500kg rated towing capacity, trailer sway mitigation, tyre pressure monitoring, carries a respectable 970kg payload and is the only vehicle in the class to have a tow bar as standard.

Where it just couldn't topple HiLux for top spot were in fuel consumption, environment, ergonomics, build/finish and smoothness/quietness, but it was a close-run thing.

Mazda BT-50 shares many components with the other place-getter Ford Ranger including the platform and drivetrain. However a recent mid-life upgrade to each vehicle, which saw a significant change to the front and rear styling along with the Mazda's interior, has seen the divide between the two vehicles grow.

BT-50 has stuck to its firmer suspension package along with hydraulic power steering which offers a more involved driver experience, but occupant comfort is compromised somewhat. Steering at low and parking speeds is significantly heavier than with Ranger's electric assist system.

The Mazda also saw an upgrade to the infotainment system which included a larger 7.8-inch LCD touch-screen which included voice control and satellite navigation as standard. Unlike Ranger, BT-50 gets a reversing camera with the screen located in the rear-view mirror. Also in the upgrade are dual-zone climate control, auto-dimming mirrors, rain-sensing wipers and automatic headlights.

The Mazda's value proposition compared with the other finalists is key, with the XTR more than $4000 cheaper than the others. BT-50 retains a five-star ANCAP rating, however the optional additional safety assistance technologies offered in Ranger aren't available at all in the Mazda.

An NRMA car history report can save you thousands 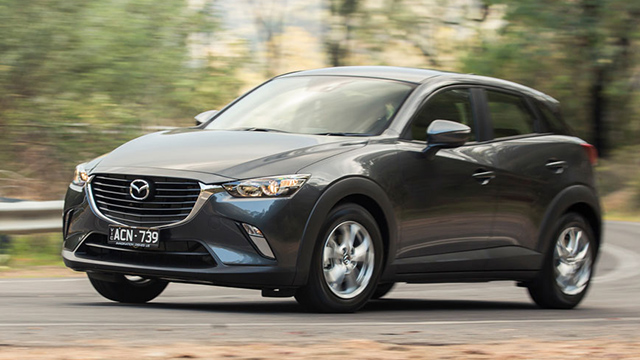