It seems that many people are under the impression that electric vehicles (EVs) are a very modern invention. However, it may be surprising to learn that EVs actually have a very long history. It all started back in the mid-19th century…

In 1828, Hungarian Ányos Jedlik – an inventor, engineer, physicist and of all things priest – developed a type of electric motor and used it to power a small model car. Over the next few decades, inventors across much of the western world would showcase crude electric vehicles to varying degrees of success.

These early inventions, however, were limited by the fact that the batteries of the time were not rechargeable, severely hampering their viability and practicality as a serious mode of transport.

However, in 1859, French physicist Gaston Planté invented the rechargeable lead-acid battery, and over time this technology would lead to some considerable advancement for EVs. The first production electric car was built in 1884 by English inventor Thomas Parker – who, amongst other advancements, was also credited with electrifying the London Underground.

For a time, and rather ironically, electric trains were used to transport coal out of mines because their motors did not use up the limited amounts of oxygen available as any combustion engine would. And electric trains and trams using overhead powerlines – the precursor to what we still see in Australia and much of the world today – became more widespread.

Before liquid fuelled internal combustion engines rose to prominence, EVs even held many speed and distance records. In fact, the first ever road vehicle to break the 100 kilometres per hour speed barrier was the Belgian EV La Jamais Contente in 1899, reaching a top speed just shy of 106km/h.

However, it wasn’t long after this that the petrol-fuelled combustion engine would come to dominate the still new and exciting endeavour of motorised personal transport. The availability and seeming abundance of its fuel source meant that it could more easily overcome the challenges of range and affordability, and increased interest and investment in this technology saw the speed, convenience and practicality of these vehicles increase exponentially.

In the wake of such advancements, the idea of battery-powered transport began to fall by the wayside. And since the release of the Ford Model T in 1908 – largely credited as the first affordable production car – EVs as passenger vehicles all but disappeared from the world’s roads, but not completely.

In November 1941, The Open Road magazine published a story about the use of electric vehicles, which included a list of pros and cons. Among the advantages noted were low power and maintenance costs, quietness, cleanliness, and the suitability “for persons minus one leg, owing to the absence of a clutch.” And in the magazine’s August 1975 edition, it was again contemplated whether electric cars were “a foretaste of the future” as concerns about oil supply gave rise to interest in alternative fuels, though then NRMA chief engineer Bill Gaffney concluded that electric cars still had a way to go.

Towards the end of the 20th century – due to concerns around the environment, rising petrol prices and the increasing scarcity of fossil fuels – interest in EVs begins to rise again. Manufacturers such as Toyota begin to make hybrid vehicles en masse, and Tesla ‘fuel’ this resurgence by producing some of the fastest production vehicles ever made using battery power alone.

Today, almost every major car manufacturer is investing heavily in EV technology, with questions around range, charge time and affordability being answered again and again. And, where once it was commonly believed that the automobile would never replace the horse and cart, many now are realising that EVs – in many ways a relic from our motoring past – seem destined to be our future. Should you consider an EV as your next car? 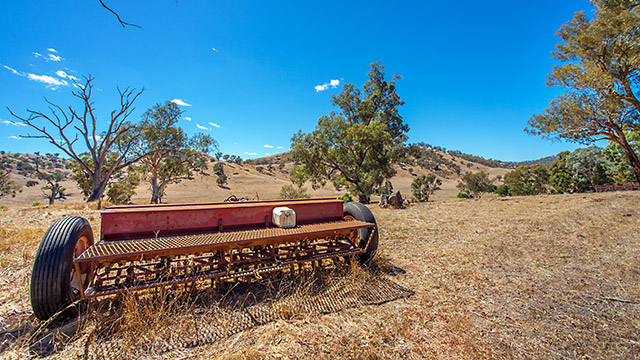