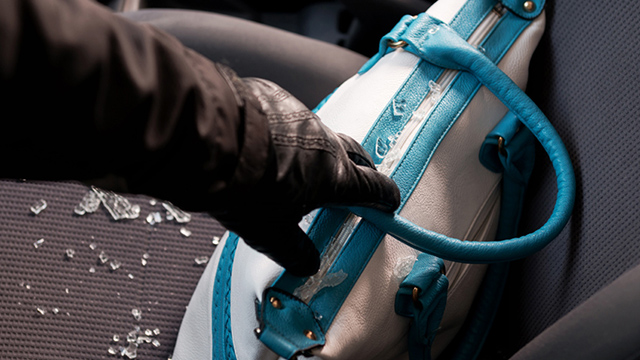 Did you know that the conditions we park our cars under can affect our insurance premiums?

Whether or not a car is garaged, undercover or out in the open can have an impact on how likely it is that something unfortunate will happen to it, and insurers take this into account when analysing this risk and calculating our car insurance payments.

The other big factor that can affect the safety of your vehicle is the area where you live – and the crime rates in that location.

So how can you find out how your area rates for car crime?

The NSW Government’s Crime Tool website features an interactive map of the state, providing a snapshot of crime rates in different regions.

When it comes to car break-ins, the worst-affected areas are spread around, with a high concentration of break-in crime taking place in Central Western NSW.

It’s unsurprising that a higher concentration of theft occurs in city centres. The higher density of people and vehicles makes for prime conditions, and the statistics in Sydney and Newcastle lend credence to the theory.

Regions such as Blacktown and Campbelltown on the outskirts of Sydney, and Cessnock and Maitland just outside of Newcastle are also trouble areas when it comes to auto crime.

While the cities in NSW account for a large amount of theft, there is a widespread vehicle break-in problem in our regional centres, particularly the state’s central west.

From Parkes to Warren and even the Bogan Shire (yes, it’s a real place), theft from car break-ins is among the worst anywhere in the state.

Other areas experiencing worrying rates of car break-ins and theft include Northern NSW towns such as Lismore and Moree, as well as Riverina towns such as Wagga Wagga and the Murray Basin.

Protecting your property and vehicle

It’s all well and good to know where the car crime hotspots in our state are, but what how can we protect ourselves and our vehicles from property crime?

As always, prevention is better than a cure, so reducing the risk of a break-in is paramount.

Finally, it’s important to make sure your vehicle and its contents are properly insured so that you are protected in a worst-case scenario.

Car insurance can’t stop your car being broken into or stolen but it can stop the experience being devastating financially.

Read more stories about protecting the things you love on The Hub.

This article was contributed by NRMA Insurance, which is part of the Insurance Australia Group. The NRMA (National Roads and Motorists’ Association Limited) is a separate and independent company from NRMA Insurance. How dash-cam footage can help with your car insurance claim What kind of car insurance do I need?

How dash-cam footage can help with your car insurance claim

What kind of car insurance do I need?