NRMA has conducted the 2019 Election of Directors. An election of directors is held every four years, where one Director is elected for each of the six regions. Eligible Members are allocated to a region based on where they reside, and may cast their vote for a candidate in that region. More information on the regions is below.

Nominations as a candidate for the election of a Director for each of the six regions was called with notice given in the May/June 2019 edition of Open Road and on the mynrma.com.au website on 1 May 2019. The Nominations period opened on 22 May 2019 and closed at 5pm (Sydney time) on 25 June 2019.

As there was more than one eligible candidate an election was held for the regions of Harbour and Howe. The voting period for eligible Members to cast their vote was between 23 September 2019 and 5pm, 28 October 2019 (Sydney time). In the regions of Cox, Hoddle, Mann and Townsend, only one eligible Member nominated to stand for election, and they were confirmed as an eligible candidate in their respective regions. In accordance with the NRMA Constitution, the sole nominated candidate in each of these regions is taken to be elected as a Director.


Declaration of results of election

The Secretary declares that the following people have been elected as a Director of NRMA:


Votes cast in the regions of Harbour and Howe

The Director elected for each region will hold office for four years commencing on Saturday 7 December 2019, unless they resign or their office becomes vacant in accordance with the Constitution or the Corporations Act.

The Returning Officer for the 2019 Election of Directors was Debbie Austin, an employee of Link Market Services Limited. The Returning Officer is independent from the NRMA and is responsible for ensuring a free and fair election and managing the process, including the dispatch of information to Members, online voting and the validation and counting of votes.

For information on the six NRMA regions, please use the links below.

NRMA Today and Being a Director of NRMA

The NRMA is one of the largest member-owned mutual organisations in Australia with more than 2.6 million Members. For nearly 100 years, the NRMA has been there to keep people moving – a common purpose that remains to this day. It’s this dedication that now drives the NRMA beyond the roadside, to grow the transport and tourism offering for Members.

The NRMA is a public company limited by guarantee, owned by its Members, which means it reinvests its profits for the benefit of those Members. For the financial year ended 30 June 2019 it had over 2.6 million Members, 4.2 million passengers on ferries and tourism services, 1.8 million nights spent in hotels, cabins and campsites, 22,000 passenger and commercial car rental vehicles and 2,904 employees. For more information visit mynrma.com.au.

The candidate elected as Director of the NRMA for each region will be responsible, collectively with the other Board members, for providing strategic direction and oversight of the NRMA’s diverse and complex operating businesses. As well as maintaining business performance, relevance to Members and keeping staff, Members, customers and the public safe.

Being a Director of the NRMA requires considerable skills, experience and commitment. 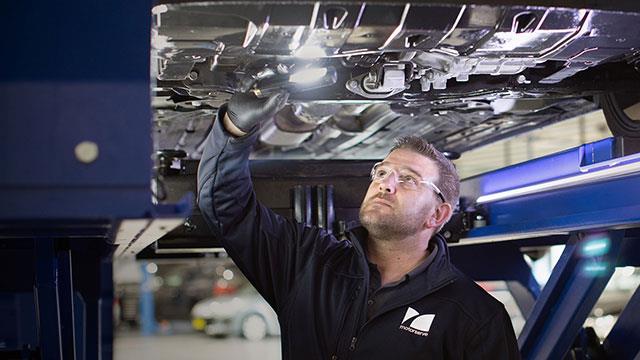