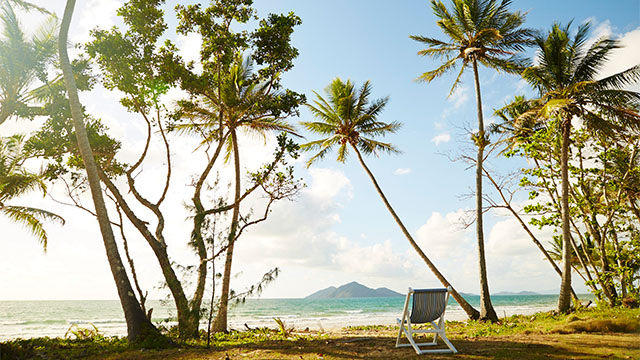 For a winning combination of nature and culture, plus a maturing food scene that marries local produce with global perspective, there's no place like Cairns.

The northern capital of Queensland set between Townsville and Cape Tribulation, Cairns has long been the gateway for those heading to the Great Barrier Reef and Daintree Rainforest. But thanks to a burgeoning coffee and arts scene as well as a new buffet of refined eating and drinking dens, it's now a destination in its own right. Today's visitors get the same stunning coast where rainforest runs into reef – but with added local soul.

A town that once mainly catered to tourists now has a long list of well considered cafes, kitchens and bars where the locals hang out. Case in point is Caffiend on Grafton Street, a community cafe owned by Oliver James, who worked at Nu Nu in Palm Cove before starting his own coffee company, The Tattooed Sailor. Try the filter, cold drip or coffee milkshake served alongside chilli eggs or beef tacos – the meat is braised in java.

For tapas paired with Aussie beers and wines or Latin style cocktails, head to Noa in the neighbourhood of Edge Hill. Or settle in to a day bed on the Balinese style deck at Salt House for a Summer Fling (Grey Goose, lime, passionfruit and apple juice) while live music fills the marina. If you’re craving a spin through the country, head to Mt Uncle Distillery in the Atherton Tablelands, where you can wash down wood fired pizzas with spirits distilled from local sugarcane and botanicals. On the way back to Cairns, stop off at Petals & Pinecones for a “milkshake on steroids”. 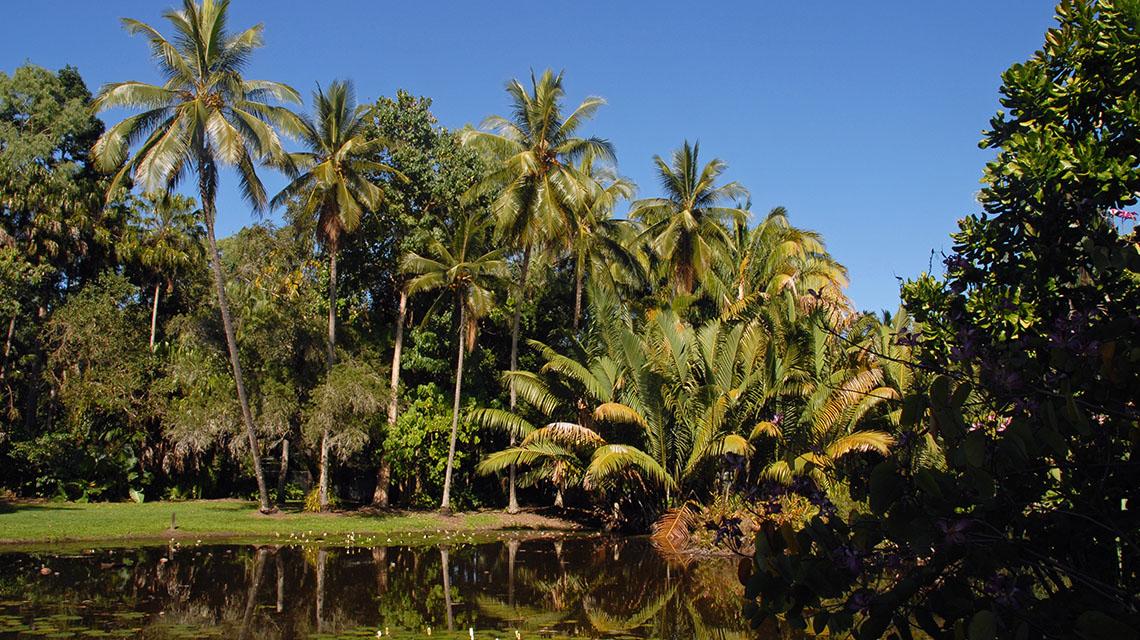 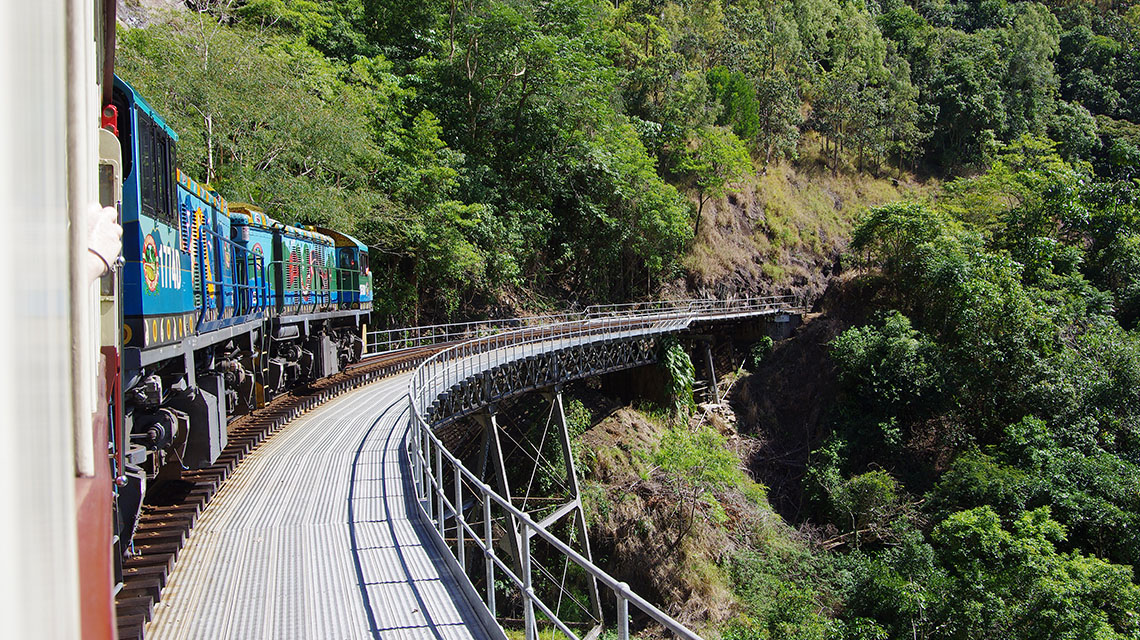 The jumping off point for many a Great Barrier Reef excursion, the 3km long Cairns Esplanade is also a lively place to stick around. Little ones can splash in the saltwater lagoon and discover marine mammals and sharks up close at the Cairns Aquarium, which opened in late 2017. If you'd like to jump off Cairns' tallest viewing platform, you can head to Australia's only bungy site at Cairns Bungy Jumping where Members save $43. Or swing at speeds of 120km/hr on the Giant Jungle Swing where Members save up to $36.

Edge Hill still feels like a secret despite the dramatic mirrored entrance to the Cairns Botanic Gardens that reflects the surrounding trees. Inside is a vast collection of tropical palms, orchids, bamboo, bromeliads and fruit trees from Australia and Southeast Asia – including the rare Amorphophallus titanum (corpse flower), which can weigh up to 70kg and smell like rotting flesh.

Recover from your corpse sighting at the Tanks Arts Centre nearby, where World War II oil storage tanks host gallery shows, theatre productions and such musical talent as Michael Franti. Memorable day trips also abound, including the Cassowary Coast to the south, the Atherton Tablelands to the east, Kuranda and the Crystal Cascades closer to home, and all the treasures of the Great Barrier Reef, notably Fitzroy and Green Islands.

Fans of market shopping are in luck in Cairns. Every night once the sun goes down, the open air Cairns Night Markets fire up with more than 70 stalls hawking everything from pearls and opals to Indigenous crafts, organic fruit juice, and ethnic eats to a diverse crowd. Saturday also offers the family friendly Cairns Esplanade Markets during the day, featuring barbecue and play areas for kids intermixed with crafts, clothing, jewellery, pottery, skincare and leather goods.

The indoor Rusty's Markets (operating since 1975) is a weekend extravaganza of regional produce, international food and drinks - the Vietnamese iced coffees are second to none - bush tucker stalls staffed by Aboriginal and Torres Strait Islander proprietors, fashion and bric a brac. Nearly as historic are the Kuranda Original Rainforest Markets, an outdoor labyrinth of colourful, bohemian and eco conscious shops a half hour drive from Cairns. Less frequent but equally fantastic are the second Sunday of the month Holloways Beach Markets, set on the Casuarina Street foreshore, and the community minded Tanks Markets at the Tanks Arts Centre, held from April to November on the last Sunday of the monh.

Smack dab in the centre of Cairns, the NRMA Cairns Holiday Park caters to backpackers and veteran travellers who want to be close to the action of the Cairns Esplanade and marina but within a short drive from Kuranda and all the natural wonders of the World Heritage Daintree Rainforest and Great Barrier Reef. On top of powered and unpowered sites (some of them with private bathrooms), the park offers air conditioned studios, a saltwater swimming pool, free wifi and a fruit and herb garden to spice up your camp meal. NRMA members can also save on Car hire in Cairns with Thrifty with 15% off daily car hire rates and a free upgrade. 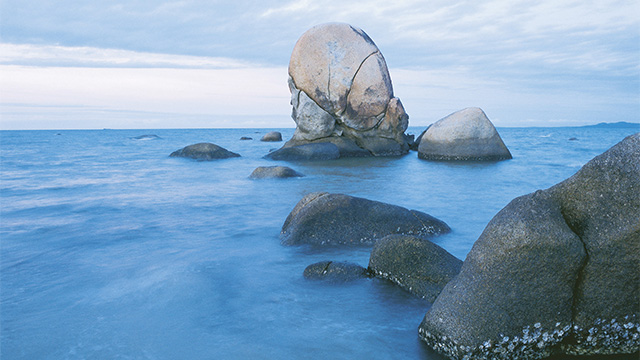