An aquatic playground for waterskiing, wakeboarding, boating and fishing, discover why Deniliquin is the perfect spot for your next family holiday.

A natural island of red gum bushland that exists cheek-by-jowl with the centre of town. Island Sanctuary is home to some 150 bird species and has become an internationally renowned destination for birdwatchers. It holds several other tourist drawcards, too, such as trees that bear evidence of Aboriginal canoe and basket-making, and the burial site of ‘Old Jack’, an unfortunate individual who ran afoul of marauding bushrangers in 1851.

Not far from the Island Sanctuary, jump on your bike through a large area of forest that now boasts 36km of mountain bike tracks where you may spot kangaroos in the scrub or water dragons ambling up trees. Cross the Edward River Bridge, head north out of Deni and you’ll enter the Hay plains region. Here the Cobb Highway is straight. And flat. And straight. It takes you up to a rest stop between Wanganella and Booroorban, where there’s a sculpture by artist Geoff Hocking. Its inspiration came from Australia’s version of the Headless Horseman legend, which arose when a drover named Doyle died at the Black Swamp. A nefarious butcher from Moulamein then pretended to be his ghost, draping a cloak over a wooden frame on his shoulders to make him appear decapitated, spooking the drovers and their cattle. During the resulting stampede he would draw away a few head of cattle, which later became cuts of meat in his shop window.

Keen photographers should head out to a remote spot ten minutes along the Riverina Highways for the opportunity to shoot the Milky Way without ‘light pollution’. 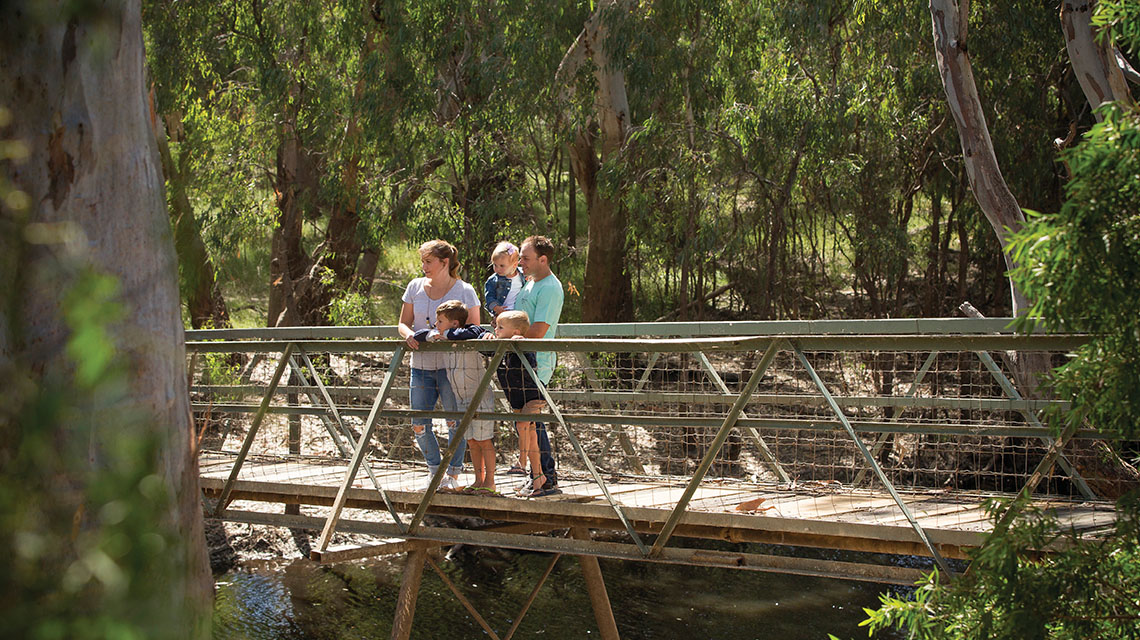 This year attracted nearly 2000 entrants. At the crack of dawn on Saturday, trailers line up at every available boat ramp and anglers stake out the best spots on the riverbanks. The competition is a catch and release affair, so each angler places his catch on a ‘brag mat’ (a sort of official ruler), photographs it, and then returns the fish to the river – unless it’s a carp, in which case it goes in the nearest bin. Submissions are all digital for the first time this year and there are many prize categories. The title of ‘champion angler’ goes to the person who catches the biggest Murray cod. This year it’s Collin Brown, who reeled in an impressive 95cm specimen.

The concept of farm gate cafés has been slow to catch on around Deni, but places such as the Long Table Café, 20 minutes east of town, are making inroads. The Smits family has run this farm for 11 years and opened the café five years ago. Lawry Smits, a trained horticulturalist, quit his council job as a parks and garden operator to run the farm and café full-time with his wife Kathy. A very reasonable $65 will get you a three-course set menu and a bus service to and from Deni so you can complement your meal with a good wine.

A good deal of the region’s appeal is situated on the Edward River, a 383km anabranch that connects with the mighty Murray at the north-western corner and middle of the NSW and Victorian border. Deniliquin has cleverly made the most of its waterway; sectioning the Edward River into two zones, which makes it ideal for kayaks, rope swings and leisurely water spots; and the other end is a playground for speedboats and the things they tow behind them. A great way to experience the river - as generations of local’s kids know - is to hop on a float at the Willoughby's Beach campground and then drift along with the gentle tide for 2km until you reach McLean's Beach. In cooler months, hiring a houseboat offers a similar - yet dryer and warmer - way to take in everything the river offers. Many of the newer activities at Deniare run ad hoc, so the information centre on George Street is a visitor's best starting point. The staff will be able to rustle up someone who can organise just about anything. For more information, see visitnsw.com and visitdeni.com.au.

Attracting over 20,000 people annually, the Deni Ute Muster is a celebration of all things Australian and the icon of the ute. The Festival has a unique blend of activities for patrons, and free camping on the flattest plains on earth all for the one ticket price! There are 2 night-time concerts featuring Australia’s best country and rock musicians, a day stage and a jam-packed weekend of entertainment for all ages. Visit deniutemuster.com.au/ for more information.

Did you know? Australia’s economy rode on the sheep’s back for much of the 19th and early 20th centuries, and the region around Deniliquin first put it there. In 1858, the Peppin family bought land in nearby Wanganella and began to run sheep on it. But the merino stock, bred by early pastoralists including the Macarthurs, couldn’t thrive in the semi-arid conditions. So, in the 1860s, George Hall Peppin bought a number of robust rams and ewes from Europe and began to breed sheep that bore more wool and could tough it out in ‘backblock’ country. Today, 90 per cent of merino stock in Australia has lineage that can be traced back to the Peppin bloodline. This fascinating story (and much more local history) is at the Peppin Heritage Centre on George Street, Deniliquin. 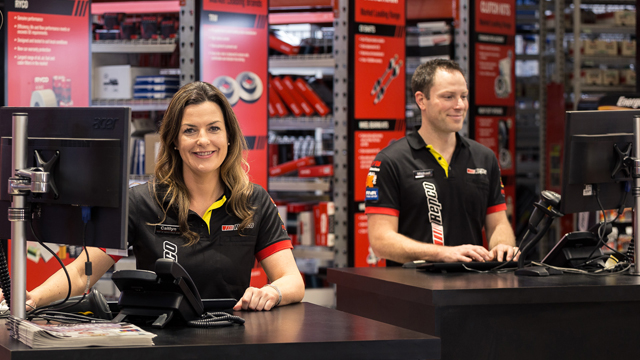