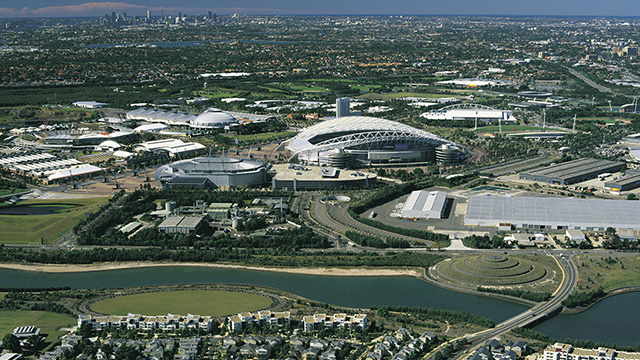 The suburb may be better known for its sporting, musical and cultural events, but Sydney Olympic Park is full of surprises! Those looking to escape the city for a day will find a plethora of appealing scenic walks through spacious and tranquil parklands.

Sydney Olympic Park’s residential population is projected to increase ten-fold to 23,500 by 2030 and it is now home to the NRMA’s headquarters. The six-storey building was constructed during 2016 and houses over 500 staff, including the roadside assistance call centre. Distinctive blue panels on its frontage make it impossible to miss and it’s right across the road from the train station. The Sydney Olympic Park Authority is working to make the precinct a vibrant place to live and work. We highly recommend stopping at the NRMA building and visiting the Conservatorium for a bacon and egg roll and a coffee or some delicious veggie options. 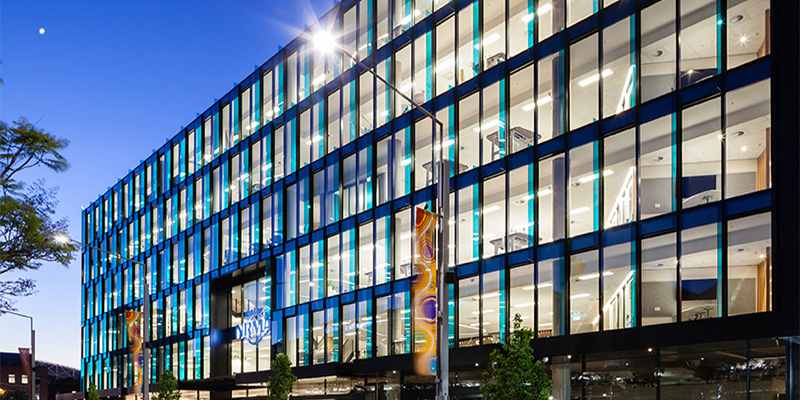 Named in honour of gold-medal-winning sprinter in the Sydney 2000 Olympics, Cathy Freeman, the park features a number of sculptures that symbolise aspects of the Olympic spirit. The centrepiece is the Olympic cauldron, which is now a fountain that sends down a shower of water on the hour. Inset in the concrete area below is the name of every Olympic and Paralympic medallist from the XXVII Olympiad.

Built in 1999, this pier stretches out towards Haslams Creek, one of two arterial waterways in the area’s ecosystem. It offers views of the man-made wetland below and is one of the best places to see the abundant species of waterbirds going about their business. The pier itself is also a work of art, with fountains and coloured aluminium rods visible through the grating. 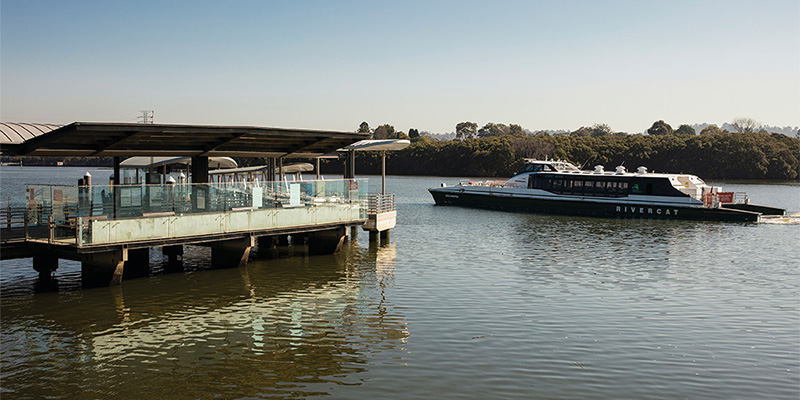 For the best part of 70 years this brickpit was the industrial hub of the Homebush Bay area, producing bricks that fed the post-war housing boom. It closed in the 1970s and now serves as a water recycling plant for the precinct, as well as being a habitat for the local fauna, most notably the green and golden bell frog. This fascinating history is delivered in detail as you make your way around the Brickpit Ring Walk, which stands 18 metres above the bottom of the old quarry. What’s not featured in the signage is its pop-culture claim to fame – it was one of the shooting locations for Mad Max Beyond Thunderdome (1985). 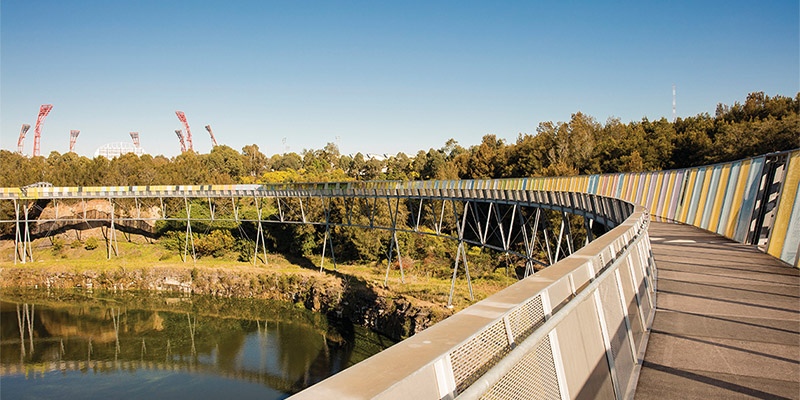 Once an industrial wharf where bricks from the brickpit were loaded onto barges, the Port of Sydney took over this peninsula in the Parramatta River in 1996 and used it as a shipwrecking yard. A number of rusted hulks remain and are now part of a scenic lookout that was opened in 2003. Several are easily visible from the main path. To view the oft-photographed SS Ayrfield, continue along Bennelong Parkway across the Haslams Creek bridge, then turn right immediately and take the path behind Homebush Bay Apartments.

Not signposted from Bennelong Parkway, this bird hide sits at the edge of a saltmarsh that’s home to many waterbird species, including some that migrate from the northern hemisphere during our spring and summer. The bushy path that leads to the hide is also paradise for birdwatchers, with fairy-wrens, finches and honeyeaters just a few of the species we spotted.

Located between Bennelong Pond and Powells Creek, this boardwalk squiggles through the Badu Mangroves, one of the largest wetland areas remaining on the Parramatta River. Until the 1970s, the marshes in this area were drained to make way for housing and construction, but intensive efforts to return the wetlands to their natural state has seen them flourish again. Information boards offer a guide to their rich biodiversity.

This vantage point competes with the Bay Marker for the best view in Sydney Olympic Park – and it has stairs, rather than a circuitous spiral walkway, so you can achieve similar altitude in a fraction of the time. It overlooks Bicentennial Park, which has become a backyard to the precinct’s present and future apartment dwellers. The park itself is also worth exploring, with sculptures, hedged gardens, an abundance of shade trees and picnic spots, and the Waterview Café. It also contains Belvedere Lake, which is a vital estuarine ecosystem.

All but invisible from street level on Dawn Fraser Avenue, and with only a modest sign to indicate its existence, Abattoir Blues Cafe makes for a great lunchtime haunt. The disconcerting name derives from the building’s heritage as part of a former abattoir. Now it’s a charming pub-style venue with a walled outdoor area that offers the perfect winter sun trap. A simple pub-grub menu combines with an unconventional drinks selection to make ‘The Slaughterhouse’ the most characterful food and drink destination in Sydney Olympic Park. 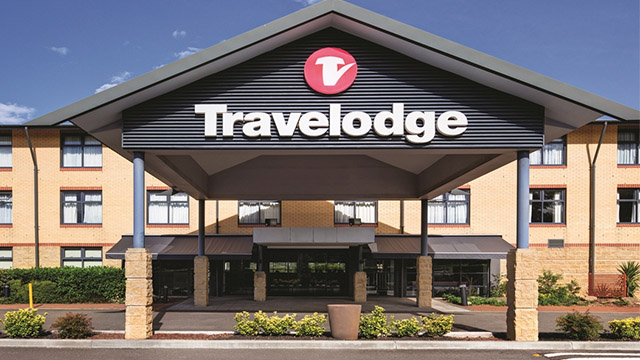 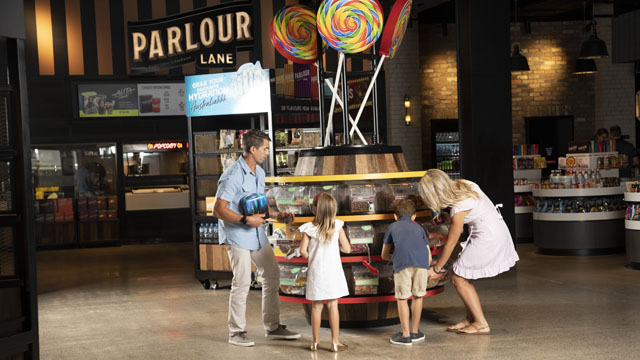 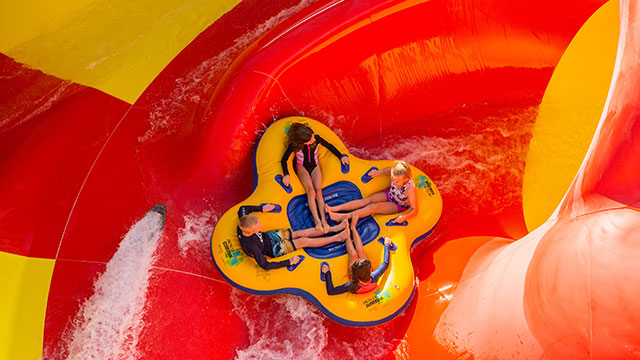