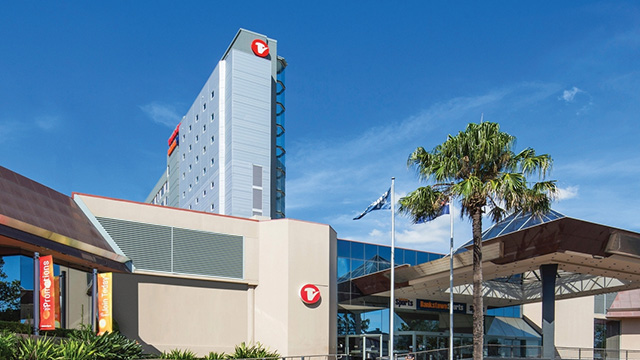 Travelodge Hotel Bankstown Sydney is located within the Bankstown Sports Club, with access to the club’s restaurant options, live entertainment and conference facilities.

Close to Bankstown Airport and Sydney Olympic Park, the hotel has 162 rooms, free parking and modern facilities and styling. The region is one of Sydney’s emerging cuisine hubs.

Travelodge Hotel Bankstown Sydney offers myriad food and entertainment options, thanks to its location within the Bankstown Sports Club. There are eight bars and 10 restaurants in the club, including Greenfield Station Bistro, where American and Mediterranean inspired meals are served in authentic repurposed railway carriages; Lucky Cheng’s, offering northern Chinese cuisine including noodles and dumplings; Pizzeria Bellucci at La Piazza and its wood fired Italian pizza; and Chocolateria San Churro, home to the Spanish style donuts known as churros. Live performances take place at the club, new release movies screen in The Theatre, and there are first rate conference facilities catering for groups from 10 to 1,000.

There are 162 hotel rooms at Travelodge Hotel Bankstown Sydney, all with a simple, stylish and modern design. All have a kitchenette with tea and coffee making facilities, electronic security lock and a peephole, hairdryer, iron and ironing board, and climate controlled air conditioning. Bathrooms feature a shower only. Flat screen TVs have radio and cable TV as well as in room movies (fees apply). Cots are free (subject to availability). Quirky photographic art on canvas in each room memorialises the local culture and economy of Bankstown, and rooms enjoy Bankstown City or park views.

The hotel is just 4km from Bankstown Airport – and the region has been shaped by the history of aviation. Several companies offering helicopter tours are based at the airport, as is the Australian Aerobatic Academy, which offers airplane joy flights. The hotel is also just 4km from the Dunc Grey Velodrome, the cycling venue built for the 2000 Sydney Olympics. Sydney Olympic Park, a major leisure facility that has sporting and concert venues, parks, activities, art and culture, is 10km away. Georges River National Park, a scenic place for picnics, barbecues and family day trips, is also close by. Sydney Motorsport Park is about a 30 minute drive away. The Bankstown Sports Club, founded in 1958, is a community and entertainment hub for south west Sydney, with an extensive schedule of shows and a program of kids’ activities, as well as Monkey Mania, Australia’s largest children’s indoor play structure.

Travelodge Bankstown
Sydney - South West, NSW
Get Directions
Our top stays View all
Sleeps up to 3 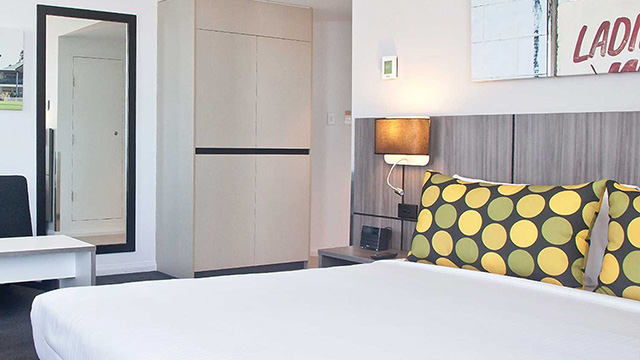 Executive Room Twin or King
Sleeps up to 3 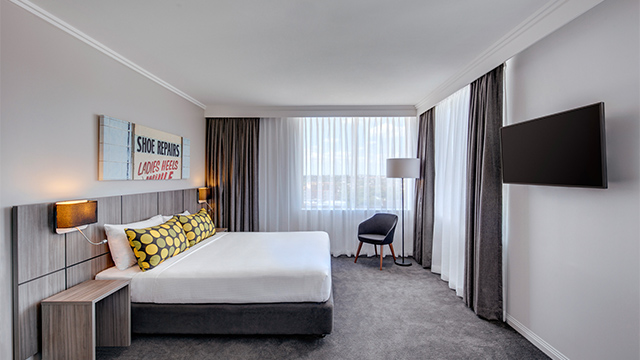 Guest Room King
Sleeps up to 3 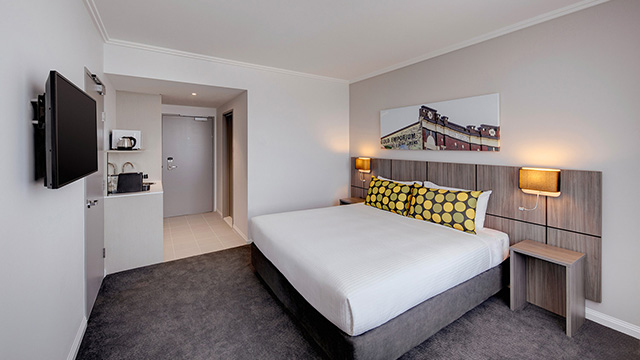 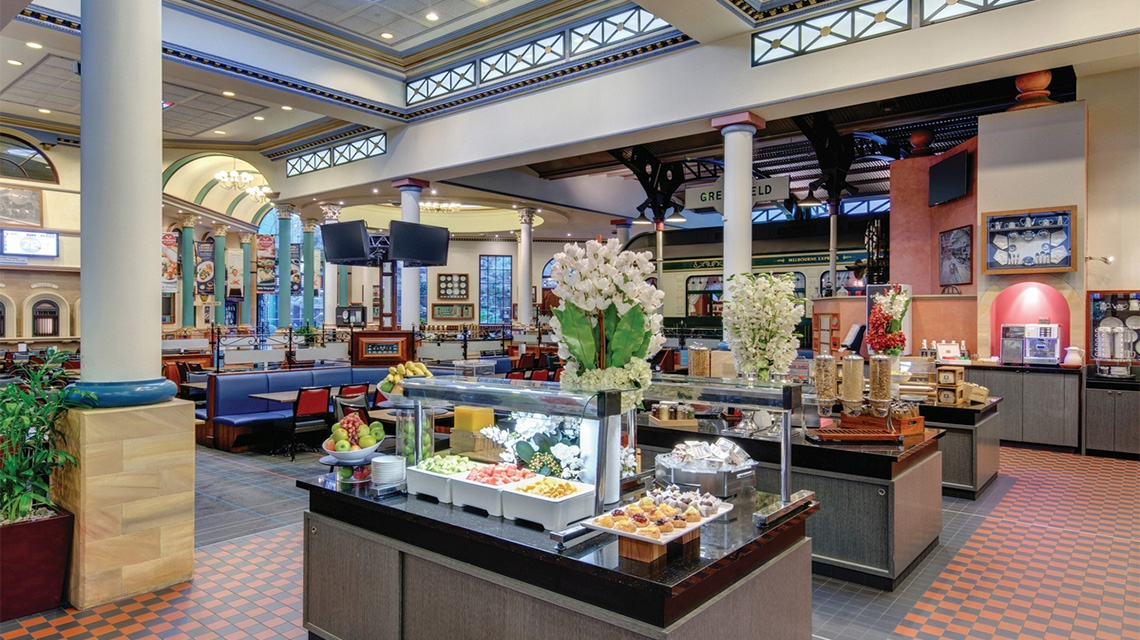 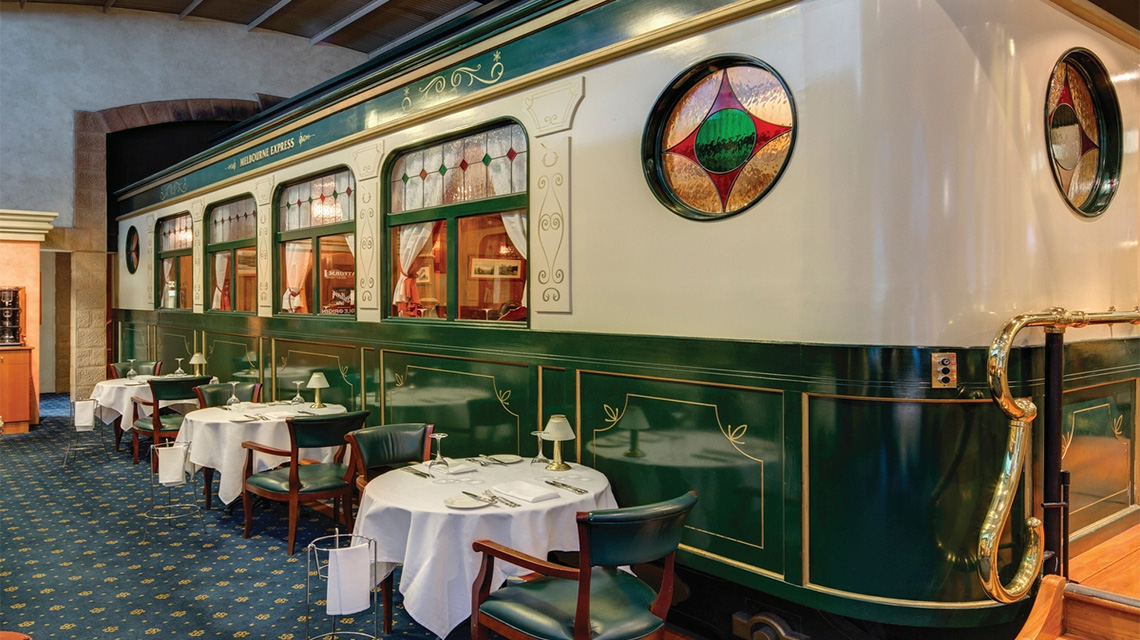