The demonstration of autonomous vehicles on NSW roads will be conducted over two years at Sydney Olympic Park. The landmark trial opens up the opportunity for NSW to fully embrace the future of driverless technology.

NRMA Chairman Kyle Loades said autonomous vehicles were no longer the stuff of science fiction and commended the NSW Government for taking steps to prepare the State for a safe transition to autonomous vehicle technology.

94% of crashes are caused by human error. Autonomous vehicles could save thousands of lives and reduce the cost of crashes and injuries.

“Semi-autonomous vehicles are already on our roads in most new cars. Experts predict that fully autonomous vehicles could be commercially available within a decade. We need to be at the forefront of this technology,” Mr Loades said.

“Autonomous vehicles will bring about tremendous changes in the way we move, with the potential for improved safety and less congestion on our roads.

”With 94 per cent of crashes caused by human error, Mr Loades said increased use of autonomous vehicles could save thousands of lives and reduce the cost of crashes and injuries, as well as improving transport access for those who can’t currently drive such as under 16s or those with reduced ability including the elderly.

"The NRMA was at the forefront of the adoption of the automobile when it arrived in Australia close to 100 years ago, and we continue to be innovators helping our Members and the community to benefit from the arrival of autonomous vehicles,” Mr Loades said.

“The adjustment between self-driving cars now and autonomous cars in the future is just as significant as the move from the horse and cart to the combustion engine and opens up a whole new world of choice and safer travel for our Members.”

The NRMA has been leading the charge for amendments to the NSW road transport legislation to facilitate the safe and legal trial of autonomous vehicles in NSW and has called for further trails in regional hubs such as Newcastle and the Hunter region.

“It is crucial we have trials so we can better understand how the technology interacts and connects with infrastructure, traffic lights and road signage, and most importantly other road users.

“Trials will allow manufacturers and regulators to work through safety and liability issues prior to the large-scale introduction of technology.

“As an organisation dedicated to smarter and safer transport that benefits our Members, the NRMA will continue to play a leadership role to encourage investment in these technologies, challenging ourselves to reimagine mobility.”

The first stage of the trial will conduct testing and safety checks in a secure off road environment. This testing will occur at Newington Armory where the shuttle can run autonomously on a preprogramed route, then after testing the trial will later be rolled out to public areas, making the rounds on the roads at Sydney Olympic Park.

With NRMA’s headquarters located at Sydney Olympic Park the NRMA has identified the precinct as a potential ‘sandbox’ for future mobility technology. 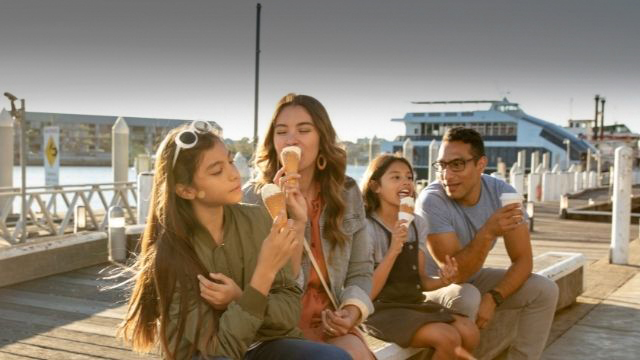