You may have seen advertisements claiming premium fuel can clean away dirt in your car’s engine after just two tanks. They leave the viewer asking themselves whether it’s possible, what it says about the quality of regular unleaded, and just how is it clogging our vehicles’ fuel systems and internals?

This claim that premium unleaded fuel is beneficial for your car’s engine has been around as long the fuel itself. In 1986, while leaded fuel was phased out, all new cars sold were required to run on 91 Research Octane Number (RON) unleaded fuel. Why Australia chose 91RON is open to debate.

At the time in northern Europe, 95RON was the minimum standard, and it was the same in the UK. Back then, our fuel production infrastructure was ageing and, in all likelihood, would have struggled to produce the higher RON fuels in the volumes required. Therefore, we were stuck with the lower octane 91RON as our minimum standard.

Octane is the measure of a fuel’s ability to resist the phenomenon known as ‘knocking’, not its cleaning ability. Knocking is the uncontrolled combustion of fuel that can destroy engine internals. In the old days, it was called pinging and was a noise you heard when the engine was under load on an incline or overtaking.

The term ‘dirt busting’ is confusing, and you’re more likely to get dirt in your tank from poor fuel storage – that’s why every car has a fuel filter to trap these particles before they enter the fuel injection system. But that’s not the sort of ‘dirt’ that fuel companies are talking about.

They claim their premium unleaded fuels have better additive and detergent packages blended into the fuel, which are designed to keep an engine’s intake system, injectors and valves clean, in turn maintaining the engine’s defined air-to-fuel ratios. Carbon build-up restricts the engine’s ability to breathe and maintain this ratio.

Factors that hasten the build-up of carbon in an engine’s fuel and combustion system are regular short trips where the engine barely reaches operating temperature, stop/ start city driving, and failure to adhere to the manufacture’s service internals. As good as any additive package may be, it would be a harsh detergent that could remove carbon build-up in under 1000km (two tanks) of driving. Some research suggests it takes much longer.

That’s not to say that I’m a complete sceptic. I use premium fuel on long interstate road trips, partly to see if I can validate the various other claims touted, such as improved fuel consumption, better performance and smoother running. However, by our ‘seat-of-the-pants’ reckoning, any improvements are minuscule and can’t realistically be validated.

What’s more certain is that car manufacturers set out the minimum fuel requirements in owner’s handbooks to ensure your vehicle runs reliably. This is after countless hours of testing, so you can’t really go wrong if you stick with their recommendations.

Save on premium fuel

As an NRMA Member, you can save up to 5 cents per litre on Premium fuels at participating Ampol and Caltex fuel stations across New South Wales. Alternatively, fill up your car with regular fuel and save up to 3 cents per litre. Use the my nrma app to locate your nearest petrol station and start saving today.

Chasing cheap fuel: when is it not worth it?

7 tips for a stress-free journey to Sydney airport 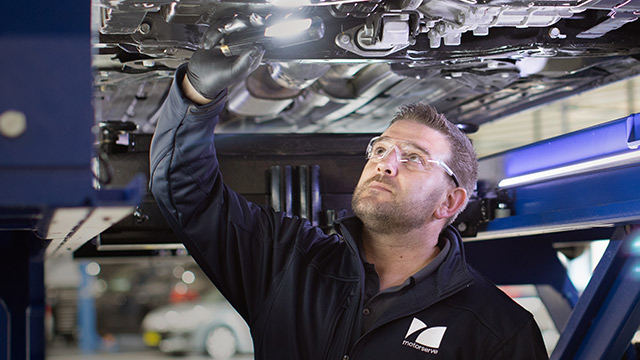