Imagine a city of grand colonial architecture and fine dining experiences, just a few steps from one of Australia’s most striking gorges. You’ve just imagined Launceston.

One of Australia’s most likeable regional cities, Launceston nestles on the banks of the Tamar River, with the stunning Cataract Gorge running like a knife cut through cliffs at the city’s edge. Mountains bubble up from its surrounds, and Tasmania’s premier wine region begins where the city ends. Founded just 18 years after Sydney, Launceston’s streets retain an elaborate atmosphere of colonial wealth, but peer beyond the facades and you’ll find modern dining and thriving city life.

For an evening of great food and wine, head to Geronimo, a restaurant and bar opposite Prince’s Square that is as chic as it is casual. Shared plates (or excellent woodfired pizzas) are the order of the night, while the lengthy wine list comes hand picked by the wine connoisseur owner. Even if you’re not dining, it makes for one of the most satisfying bars in town. But you really should dine

What Geronimo is to wine, Saint John Craft Beer Bar is to beer. The narrow city centre bar has a back to basics look, with bare concrete floors and industrial style stools, but an encyclopaedic selection of craft beers, with up to 14 on tap and more than 170 bottled beers. It serves bar treats such as pulled pork burgers and fried chicken in the evenings.

In the once industrial Inveresk Precinct, beside QVMAG, Blue Café Bar fills a suitably grungy cafe space with couches sat among steel girders and rusted metal sheets, but all wrapped in a sun filled atrium. Expect the likes of Mount Gnomon woodfired ham and Heidi gruyere cheese calzones for breakfast. 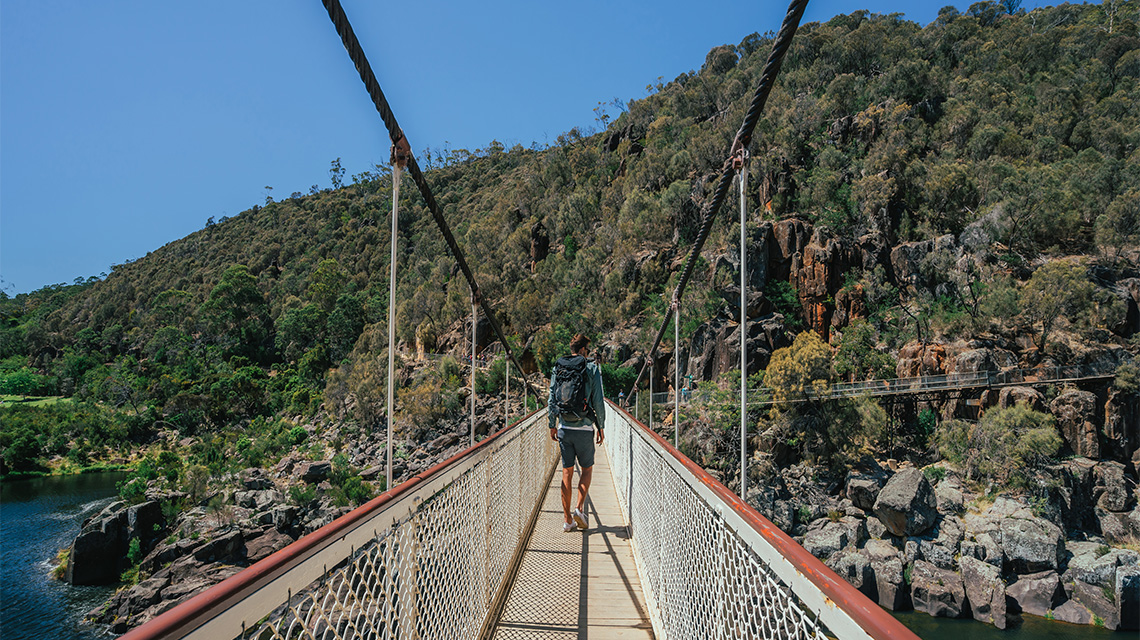 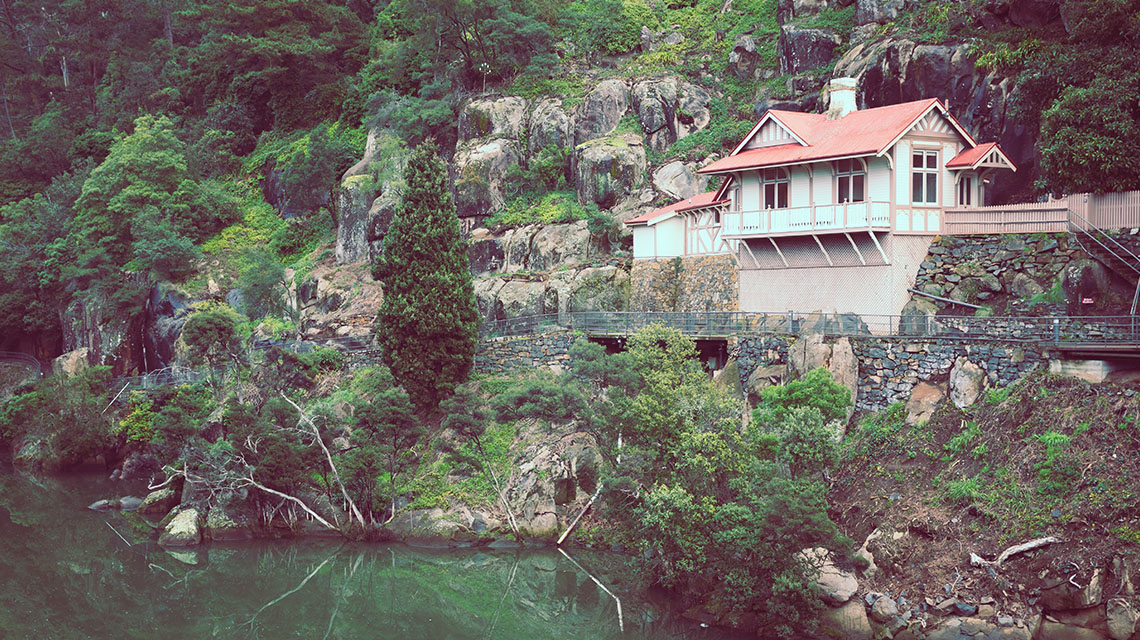 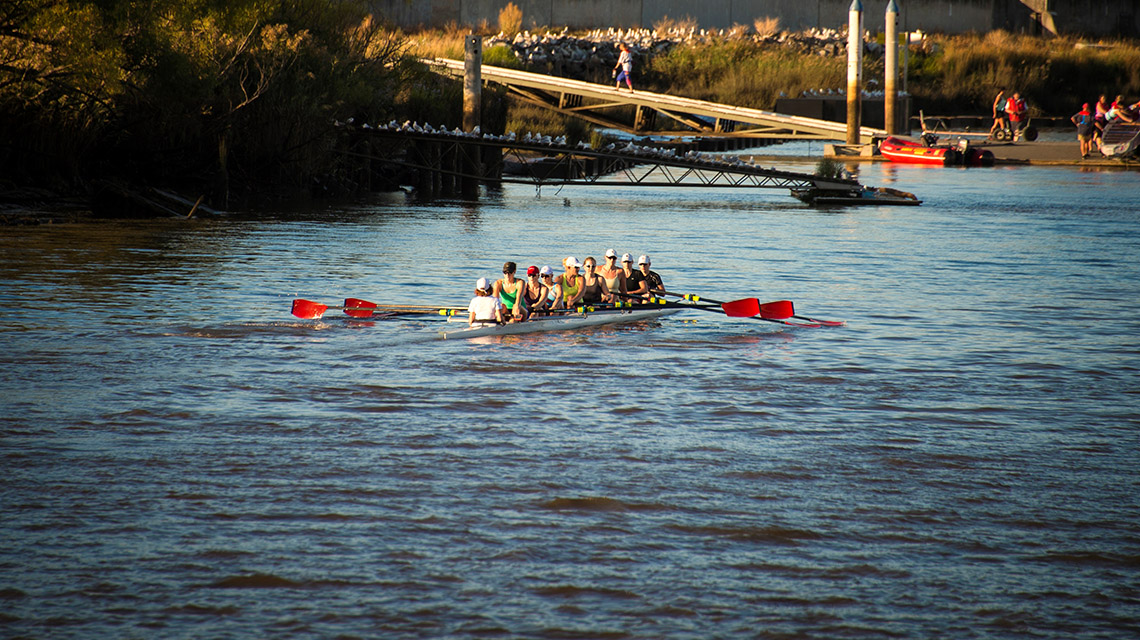 Launceston’s centrepiece is Cataract Gorge, where the South Esk River rushes furiously between rugged cliffs just metres from the city centre. The gorge can be experienced in numerous ways – join the locals’ favourite hike through the gorge to Duck Reach power station which used to power Launceston, ride the world’s longest single span chairlift across the river, cruise into the gorge’s clutches with Tamar River Cruises, or scale the cliffs beside the gorge entrance on a climbing wall before taking a controlled 20m leap at Penny Royal Adventures.

Australia’s largest regional museum, the Queen Victoria Museum & Art Gallery (QVMAG), has a broad range of fascinating exhibitions, including one dedicated to the Tasmanian tiger (complete with a 19th century rug made from its skins), as well as a planetarium for viewing the Tasmanian skies.

Launceston’s green lung is the popular City Park, home to the annual Festivale food and wine celebration. Shaded by giant oak trees and framed around the elaborate John Hart Conservatory (filled with flowering orchids), it’s the place where all Tasmanian kids want to head to see the enclosure of energetic Japanese macaques, aka snow monkeys.

At the edge of City Park, Design Tasmania provides a chance to pick up a truly unique piece of Tasmania. Part gallery and part store, the 40 year old business promotes Tasmanian designers and works. Wander the gallery, with its emphasis on intriguing wooden pieces and furniture from noted local designers, to get a taste for local creations, and then head to the store. Here you’ll find one of a kind works from Tasmanian artists and designers, ranging from jewellery, fabric (a buttongrass print silk scarf, perhaps?) and pottery to intricate wooden pieces carved from Tasmanian wilderness timbers such as Huon pine and celery top pine.

Step back in retail time at the nearby Old Umbrella Shop, where the Shott family set up business in 1921 making and selling umbrellas. The plate glass windows and signage remain unchanged almost 100 years on. It’s now the National Trust gift shop, but the focus is still well and truly on umbrellas. Original glass display cabinets line two walls – one features a collection of umbrellas from the past century, while the other has umbrellas for sale.

The recently refurbished Leisure Inn Penny Royal provides well priced accommodation in one of the best locations in Launceston – pinched between the city centre and Cataract Gorge, and just a few minutes’ walk from each. The rooms are inside an 1840 corn mill and come with a medieval touch – wood beamed ceilings and thick rustic doors – but are modern in design.

For an intimate stay, try Two Four Two, which has three boutique apartments tucked behind a string of great cafes at the top end of Charles Street. Each apartment has a kitchen, Tasmanian timber design, and a selection of Tasmanian wines on offer. 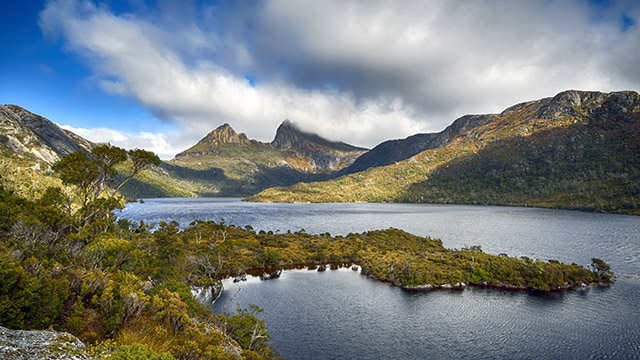