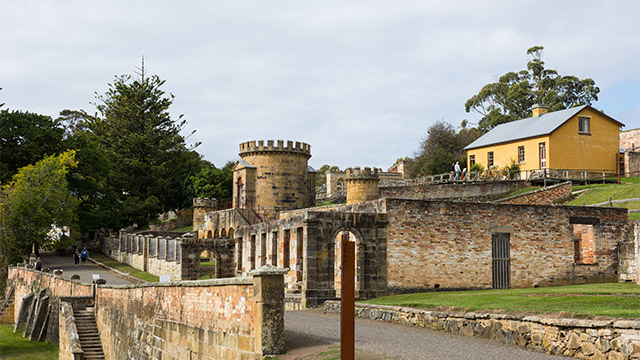 Arguably the world’s most beautiful prison, the former convict settlement of Port Arthur is a place where the stories and the coastline are equally extraordinary.

Tasmania’s most famous convict station sits on one of Australia’s finest natural harbours, at the end of a beautiful 90 minute drive from Hobart. Thousands of convicts were imprisoned at the penal settlement between 1833 and 1877, where a brutal history resides in contrast to the most idyllic of settings. Manicured English style gardens, the evocative shell of a convict built church and bush laden hills. Stretching out from the settlement is a glorious coastline of dune backed beaches, caves and views to Australia’s highest sea cliffs across the harbour.

The most interesting eatery inside the Port Arthur Historic Site is the Visiting Magistrate’s House, set among trees at the end of a line of historic cottages that reach out from beside the Convict Church. The restored 1847 cottage serves up Devonshire teas, soups and pastries accompanied by Tasmanian wines and beers. Try to grab one of the four front deck tables to dine with a view over Port Arthur’s manicured grounds.

On the shore of a tiny bay 5km before the Historic Site is Port Arthur Lavender, where you can graze your way through a host of lavender infused food and drinks, including lavender ice cream, fudge, hot chocolate, coconut ice and shortbread. The lunch menu is a journey through Tasmanian produce, featuring local seafood, cheese, olives and cured meats. For dinner, head to Stewarts Bay Lodge, just a few hundred metres north of the Historic Site, where the waterfront Gabriel’s on the Bay dishes up local seafood and meat dishes paired with Tasmanian wines around a pair of log fires. 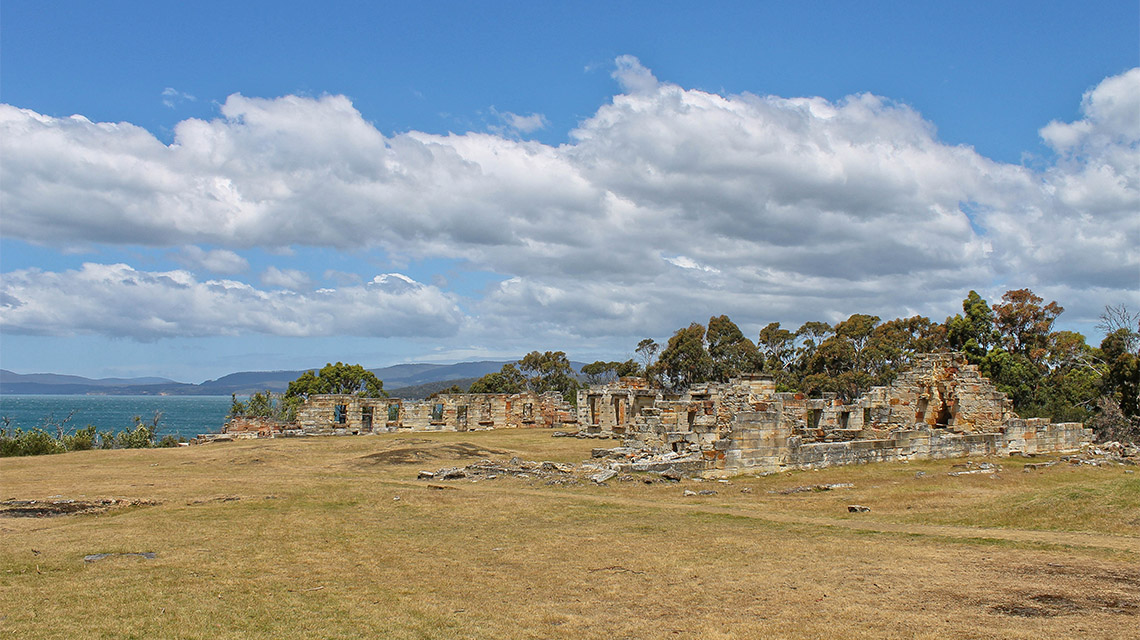 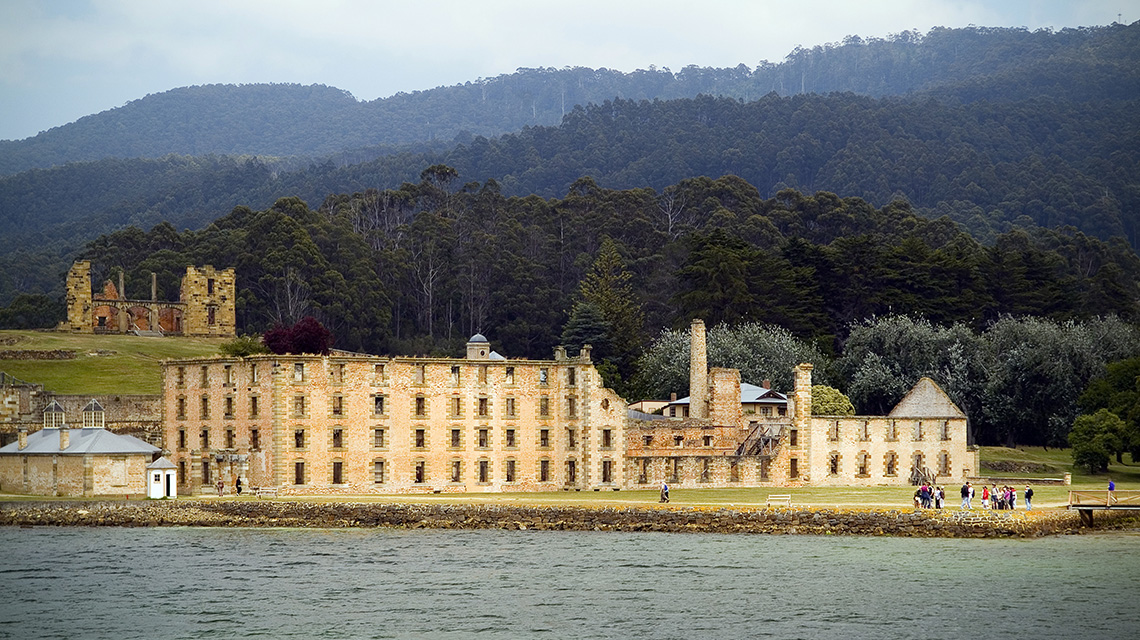 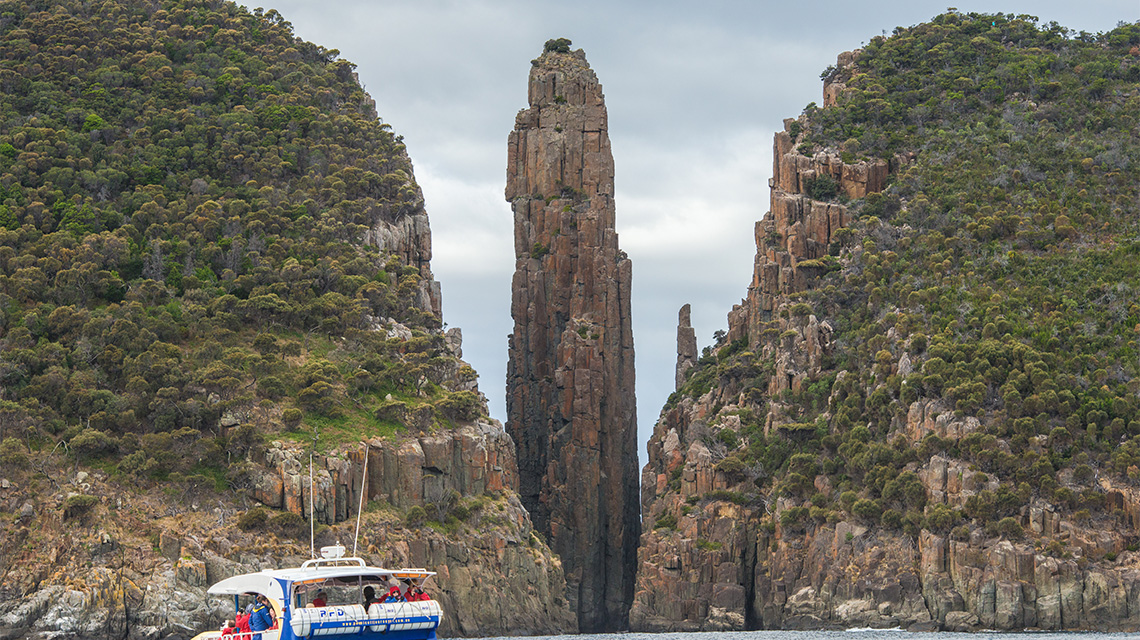 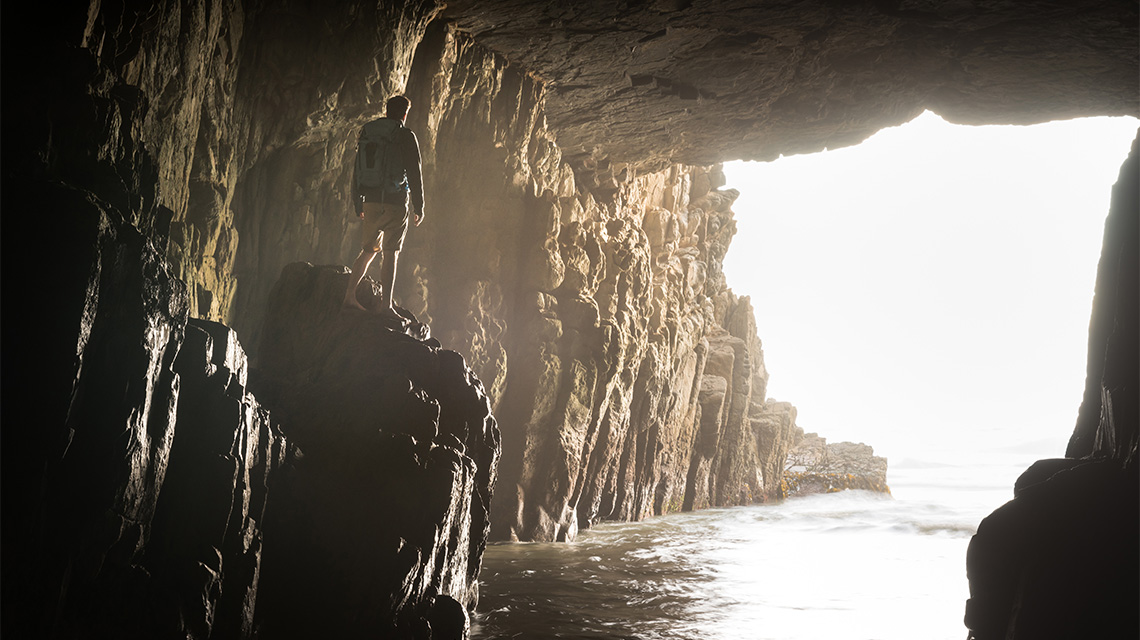 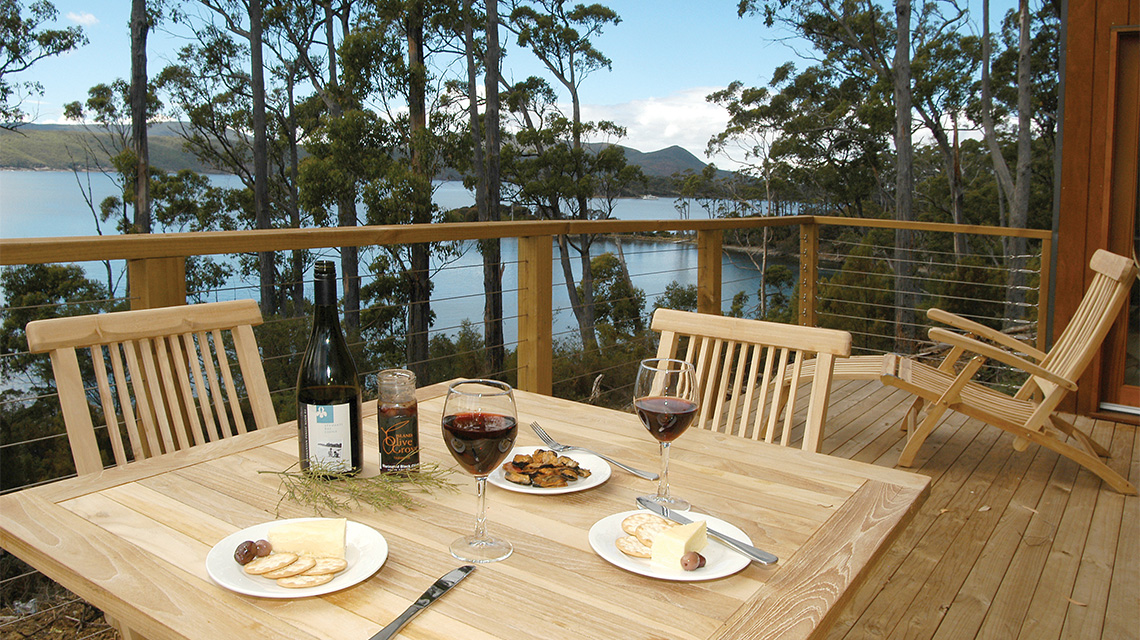 Port Arthur’s centrepiece is the World Heritage listed Port Arthur Historic Site, where you’re greeted on arrival by the sight of the large penitentiary at the water’s edge. The most affecting of Port Arthur’s 30 plus historic buildings is the Separate Prison, where convicts were kept in isolation for 23 hours a day.

There’s the option of two immersive boat/walking tours at the site. Point Puer, the first boy’s prison in the British Empire, and the Isle of the Dead. On the latter, more than 1000 convicts, settlers and soldiers were buried, with convicts interred in unmarked graves around the base of the tiny island, and settlers beneath elaborate headstones on high. Among the convicts buried here is Australia’s first novelist, Henry Savery.

Four hundred metres south of the Historic Site is a road that heads to Remarkable Cave, where steps lead down to a platform with a view through a long sea cave with the Southern Ocean storming through. A walking trail also begins here to Crescent Bay, a beach backed by some of Tasmania’s highest and smoothest sand dunes. They’re a much loved sand tobogganing playground for Tasmanian kids.

Perched on the slopes of Mount Arthur, 200m above Port Arthur, McHenry Distillery is Australia’s southernmost whisky distillery. Its cellar door is open daily, but for a truly immersive experience, join one of the distillery’s gin making workshops, operated through Bespoke Tasmania. The four hour workshops with distiller Bill McHenry run every Friday and begin with a tour of the distillery and its whisky, vodka and gin production, as well as a visit to the spring from where it sources its pure water. You’ll then get to distil you own gin, using individual stills and selecting your own botanicals – you can bring your own favourite flavour, or try unique Tasmanian tastes such as lemon myrtle or mountain pepperberry. The day includes a picnic lunch on the property, with seasonal Tasmanian produce matched to McHenry gins, and you’ll finish with a personally labelled 500ml bottle of the gin that you distilled.

If you’re heading back to Hobart, it can be arranged for bartenders at the IXL Long Bar in The Henry Jones Art Hotel to craft you a cocktail from your gin.

Just 2km north of the Port Arthur Historic Site, the NRMA Port Arthur Holiday Park is no ordinary caravan park. Winner of the state’s best caravan and holiday park at the 2017 Tasmanian Tourism Awards, it’s set within Stewarts Bay State Reserve and offers a host of accommodation options and the easy opportunity to walk to the Historic Site. Among its many features are a new pump track for bikes and scooters, free kids’ activities in school holidays and the use of pedal go karts. Its coastal location across a peninsula ensures that many of its cabins peer out across the waters of Port Arthur, and the top of the range Peninsula Cabin comes with a spa and a verandah with a barbecue. 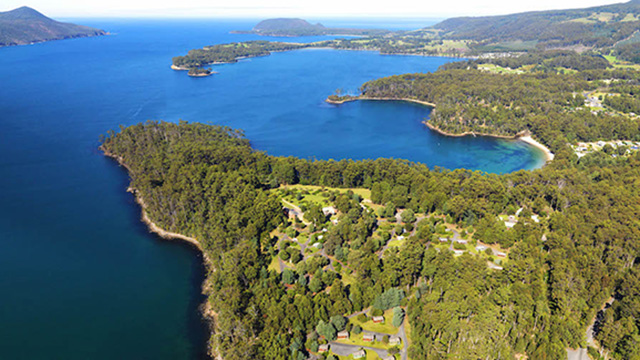 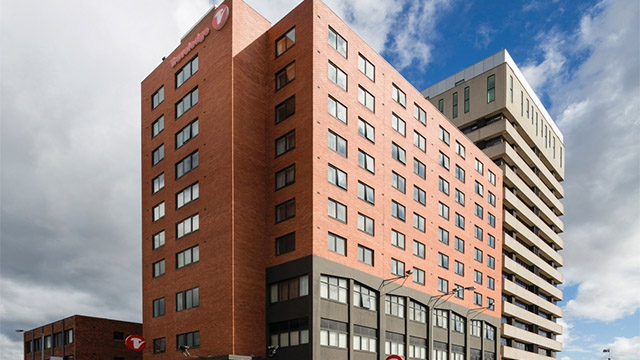 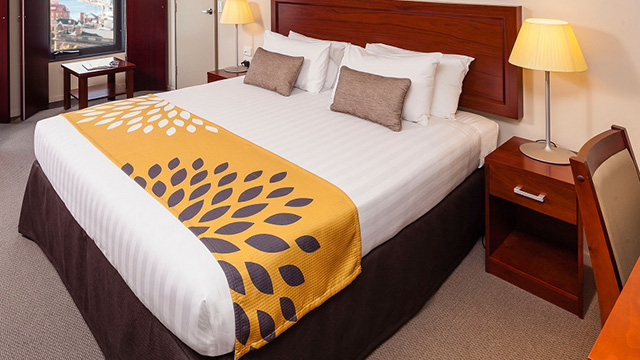