For the Open Road magazine 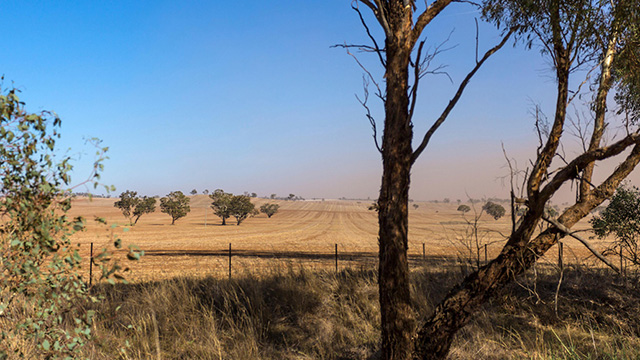 New vibrancy and old-time charm are feasted upon with equal pleasure in the towns around NSW's Riverina food bowl region, as NRMA's Open Road magazine found out.

Making Hay while the sun shines

They say the NSW town of Hay is so flat, if you stand on a milk crate, you can see all the way to Mudgee – 500km north-east as the crow flies. But this also makes it an ideal place to imbibe a glorious outback sunset.

After collecting a sundowner pack of nibblies from Kinfolk & Co., Hay’s newest café, we find the specially-constructed ‘sunset viewing area’ off the Cobb Highway, complete with sculptural furniture and a 360-degree uninterrupted outlook.

Here we join Alison McLean, whom we met 10 years ago when last in town for Open Road. I’ve often wondered how her farm survived the drought in Booligal (70 dusty clicks out of Hay). Indeed, it’s such an unforgiving place, Banjo Paterson immortalised it in his poem ‘Hay, Hell and Booligal’, where even drovers “reckon they’d rather die than spend a night in Booligal”.

Alison says the family held out by switching from merino sheep to dorper (a South African meat breed) and she also has a part-time gig at Hay Tourism and The Long Paddock, which traces the Cobb & Co Highway Touring Route. Alison shows me their latest virtual storytelling app, where historic characters chat with you at various signposts. I mention we’re staying at the historic Bank B&B.

A new Hay is dawning

She says its current owner, Shelia Smith, encapsulates the ‘New Hay’, having returned during the COVID lockdown in Melbourne, where she has a successful interior design business.

With Shelia’s striking resemblance to Helena Bonham Carter and the Bank B&B’s grand Victorian aesthetic juxtaposed with contemporary stylings, you’ll think you’ve stepped into a Merchant Ivory film. Why stay in a Norman Bates-esque motel when a few extra shillings can get you nice linen and a ‘wine library’ (my preferred kind of reading).

Breakfast on the Bank’s sunlit balcony is sublime, with cloth napkins and fine china. A stroll away are the Hay water towers. This country town had more WWII soldiers per capita than any other in Australia and the cylindrical memorials celebrate them. Part of the Australian Silo Art Trail collective, it’s here that we meet two South Australian grey nomads, Gary and Mel, in their $165,000 RV, while they explore NSW via these artistic wonders. 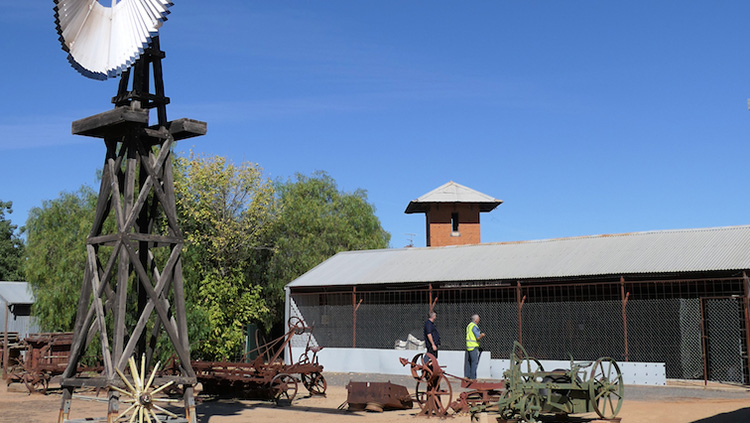 After visiting Shear Outback (an excellent museum devoted to shearers) we head to Hay Gaol. Completed in 1880, it now holds a miscellany of local artefacts from its erstwhile tenants and various functions as a maternity hospital, asylum, gaol and institute for girls (until the 1970s). It’s the latter I find most moving.

These teenage girls were treated like Norfolk Island convicts: eyes to the floor, solitary confinement and punishment for the smallest breach of protocol, all because the governing patriarchy deemed them at risk of ‘moral danger’.

Later we meet Sally Smith, pedalling her pushbike. This sprightly septuagenarian recently restored an Australian icon: the One Tree Hotel. She offers to take us there for a stickybeak. Originally built in 1862, what was then ‘Finch’s Public House’ flanked a lone gumtree on a plain stretching from Hay to Booligal, which was the inspiration for the aforementioned poetry of Paterson.

‘One Tree’ was often referred to as Hell and there’s an eerie presence while we stroll around the property, with the low whistle of the wind across the plains and the metronome of a steel chain rattling on a gate. It underscores the loneliness of the bush and the old Cobb & Co trade routes.

Sally’s renovations to the period are exemplary but she laments thieves stealing fittings, such as hurricane lamps, and even a table that was screwed to the floor. She had visions of turning it into a B&B, but she’s since retired. So, if you have a lazy $300,000, it’s for sale. However, I do hope the council buys it as it’d make a fabulous museum or writers’ retreat.

The following morning we drive to Leeton. Devised by Walter Burley Griffin when he came to Australia to design Canberra, the gifted Chicago architect’s touch is most noted in the friezes on the lips of Leeton’s water towers. We enjoy the art deco streetscapes and adore the heritage-listed Roxy Theatre, which has operated as a cinema since 1930.

Recently, the old gal earned a grant for a facelift that will see the theatre meet current expectations while securing its heritage. I also love the Roxy’s vintage Wurlitzer organ in the foyer. 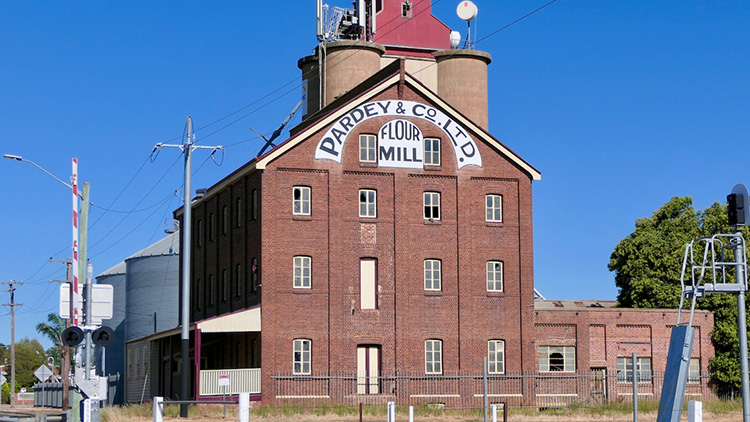 Above: The Temora Mill

Being art deco nuts, our own house looks like the set of Miss Fisher’s Murder Mysteries, so we’re delighted to discover there’s an art deco festival in Leeton. COVID saw the festival postponed in 2020, but this July you can celebrate the new Roaring Twenties with prohibition parties, speakeasies and Gatsby galas to release your inner flapper.

There’s also an art deco film festival and exhibitions of fashion and technology. Leeton’s main street event will showcase all things from the 1920s and ’30s, including food, wares and collectibles.

Much of this art deco focus is thanks to the cleverness of Leeton Shire Council’s Suesann Vos. Originally from Griffith, Suesann enjoyed an impressive curatorship career in Brisbane before a tree-change brought her family closer to home. Up until Suesann’s vision, Leeton’s schtick was all about irrigation – a subject that’s none too sexy and, with our depleted rivers, somewhat controversial.

Like many of our other encounters, Suesann is indicative of the vibrant people bringing energy and verve to country towns. She guides us around Leeton’s newest cultural experience: an interactive museum showcasing the town’s narrative. Its 1937 art deco building doubles as a gallery for travelling exhibitions.

We later enjoy a heritage walking tour via the izi.travel app, before chasing up a lead on a fascinating character running a museum, Antiques with Oil Leaks, hidden in Leeton’s suburbs. 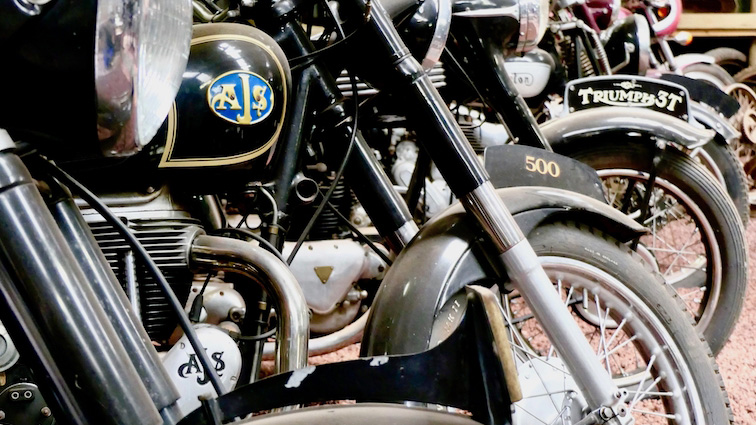 Ever since a teenage Brian Fullgrabe found an AJS in a barn, he has collected vintage motorcycles. That was over 50 years ago and his collection has blossomed. Gingerly opening the front gate, we’re bailed up by Brian’s German shepherd, ‘Matchless’. “Will he bite?” I ask.

“I don’t think so,” Brian replies.

Despite this ironclad assurance, Brian fends him away from us with the help of a crutch – the result of a fall off a ladder and not his years of riding motorbikes. Passionate to share his restorations with others, Brian has been running the museum for nigh on 20 years, even without council funding. I suggest money for a sign on the front gate might be a good start, having driven past his museum 15 times.

Our accommodation that evening is the Historic Hydro Motor Inn (no relation to the fabulous Hydro Majestic in Medlow Bath). Completed in 1919 as accommodation for administrative personnel on the Murrumbidgee Irrigation Scheme, the hotel was expanded and licensed in 1924. 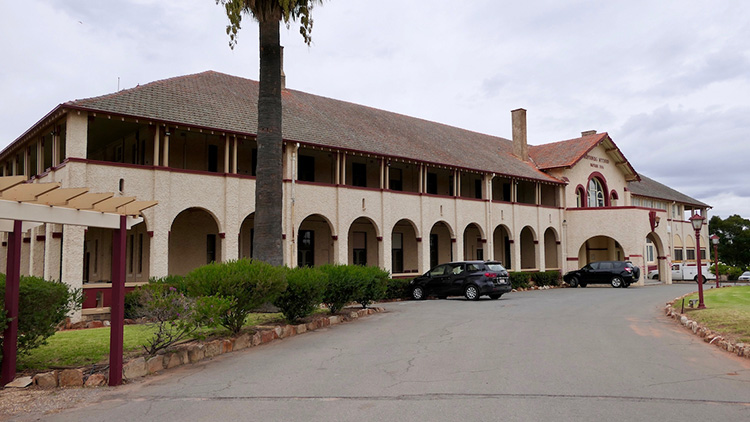 We walk into this art deco gem open-jawed. The wood-panelled public bar is a treasure and features a scrolling mural underscoring the town’s history from 1910 to 1930. For dinner we order the eponymous duck at the hotel’s Freckled Duck Bar & Restaurant, declaring it the best meal of our trip.

We continue east the following afternoon to Narrandera, nestled on the Murrumbidgee River. Our accommodation is at the chic Hamptons-like Tall Trees Cottage. This 100-year-old cottage is tucked away within a leafy, secluded garden that’s perched on the banks of what I later discover is an irrigation canal. Upon seeing a fishing rod and lure attached to the wall, I snatch it and make for the canal, casting like I’m waving in jets on an aircraft carrier.

That evening we dine at the Charles Sturt Hotel, where I meet my cousin, Lynda Moss, who acts as a cicerone for the town, giving us the scoop on all the must-see places. One of her chums is Michael Lyons, an expert on Wiradjuri culture and an artist with works displayed around the world.

We stroll around Mike’s tin-roofed workshop the following day. It creaks in the heat like a tall ship and features a forest of brightly-painted didgeridoos. He asks if we’d like to try some homemade wattle-seed ice cream. Opening a long freezer, he removes a giant goanna, making us jump. He chuckles, setting the frozen reptile aside before digging out the dessert.

Above: Mike holding a frozen goanna

While we tuck into our ice cream cones I chat to him about his artistic processes and the various tours that showcase traditional medicines and sites of cultural significance. But it’s his legendary passion for feeding guests home-cooked bush foods and his laconic sense of humour that most impress me.

Temora, Temora, I love ya, Temora!

The next morning we breakfast at Hall’s Coffee Cottage. This café-cum-antique-shop offers the best brekkie of the trip and toe-curling coffee. We then press further east to the flighty town of Temora. If you don’t want to schlep to Hay, Temora is a potential landing-strip to visit the Riverina and see a national treasure: the Temora Aviation Museum. In 1941, Temora was home to the RAAF’s No. 10 Elementary Flying Training School and, throughout WWII, 2400 pilots trained here, many later dying over the skies of Europe.

Nicola Curry escorts us through the hangars cradling vintage aircraft, including the oldest flying Tiger Moth in Australia and two Spitfires. The museum is now run by the RAAF, which Nicola says is a good fit for obvious reasons. Ken, one of the fabulous volunteer guides, brings the museum to life.

As Ken speaks, Nicola whispers that the volunteers are the soul of the museum – the largesse of founder, David Lowy, notwithstanding. I adore the Lockheed Hudson but lament there’s no Lancaster as my Uncle Harry piloted over 50 missions in the iconic bomber.

For lunch, we belly-land at my favourite café in Temora. While there are some fine and rare examples of 1950s milk bars in Australia, there are far fewer from the 1930s. The White Rose Café has authentic and charming timber booths, where we eat old-school burgers the size of truck wheels. 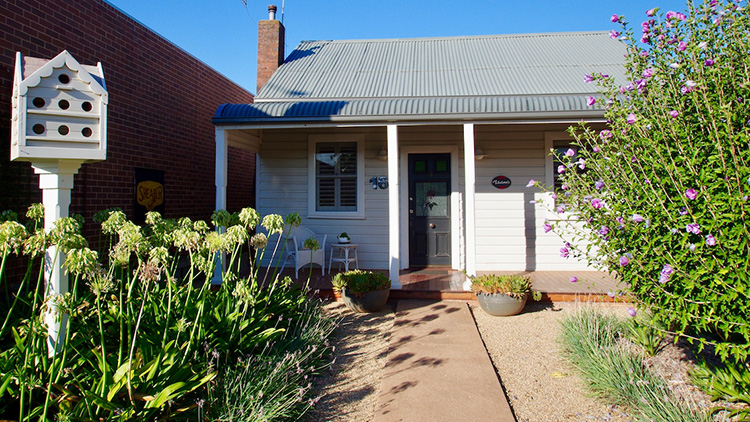 Above: Thelma's in Temora

The cute-as-a-button Thelma’s Temora is our digs for the night. Centrally located and with lashings of country charm, this cottage is the best place to stay in Temora. Our host, Trudi, has kindly written large, clear instructions on everything from the coffee machine to the television, which is thoughtful for those of us who aren’t tech savvy. Resident chooks, Mavis and Madge, provide free googs, and fresh bread comes from the bakery just behind the cottage.

Flanking the bakery is a vintage café and emporium, Diamonds and Dust. Owner Deb Davidge supports local artists like the aforementioned Trudi, who’s a sculptor. Deb explains to us the town is undergoing a renaissance of sorts, with the pub directly across the road being renovated and her business going from a ‘retail space’ to a ‘destination’. She’s another example of a strong woman pioneering change in the bush.

Replete from our hearty pub meal, we make like Dorothy and the Tin Man and follow the yellow-stone walking track around Lake Centenary in the fading sunlight. While this sunset doesn’t quite have the same splendour as the ones in Hay, it’s a fitting and tranquil end to our Riverina ramble.

Michael Lyons is a Wiradjuri elder with a wealth of information about his ancient culture. He has two workshops and galleries in Narrandera, where he can give visitors guided tours and show them how he makes traditional didgeridoos, boomerangs and coolamons. 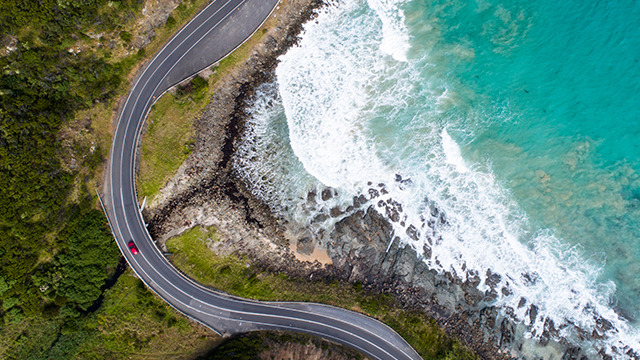 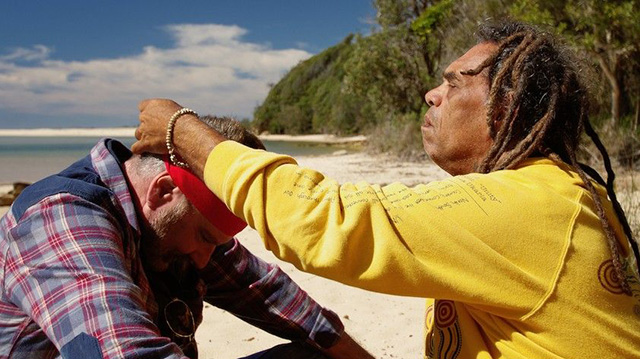 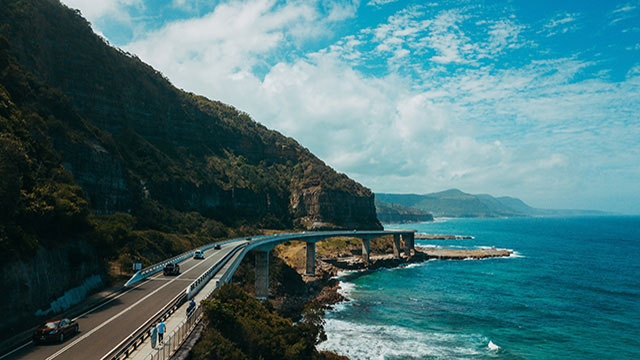