Now in its 13th consecutive year, our business survey continues to reveal the major pain points for employers with vehicles on the road.

And this being a year unlike any other, we were particularly interested to hear what the 335 Members surveyed had to say about the impact of COVID-19 on their experiences. While less people believe congestion has increased in the last 12 months (60%) compared to last year (89%), this figure still shows that despite many now working from home, traffic is still the major culprit costing Sydney businesses productivity and profit in 2020.

Nearly 3 in 4 businesses (71%) are still being impacted by congestion, with 40% telling us they regularly adjust their routes or delivery times to account for gridlock and 15% believing congestion occupies more than a third of the working day. And while the CBD is the highest congestion-causing offender, the issue is felt right across Sydney, with the Inner West (14%) and Western Sydney (13%) close behind.

With traffic largely returned to pre-COVID levels and many opting to drive over taking public transport, it’s more important than ever to tackle these congestion hot spots that are already making things tough for businesses.

The knock-on effects of time wasted in traffic is acutely felt by business owners, with 32% bearing losses of up to $1,000 per vehicle. In addition to this, other financial impacts reported include higher fuel usage (55%) and paying more tolls (53%).

The survey also revealed increasing support for Government transport projects, with NorthConnex (34%) and M4-M5 Link (30%) seen as priorities, and WestConnex being used by 26% of respondents, saving the majority of which an hour or less.

Alongside ensuring more funding is released for roads and infrastructure, over the next 12 months much of our advocacy work will be focussed on supporting the Government to explore innovative ways to keep businesses moving. These could include the use smart motorways, traffic drones and real-time data for network efficiencies, further use of new technology to improve health and safety on public transport, increased frequency outside normal peak times, work from home policies for the private sector, and staggered start and finish times for workers who must commute to work.

We’ll continue pushing these initiatives and being a voice for our 28,000+ fleet running Members in 2021, to fast-track the rebuild of our economy by supporting businesses on the road to recovery – and getting workers home to their families sooner.

Driver Training for your employees 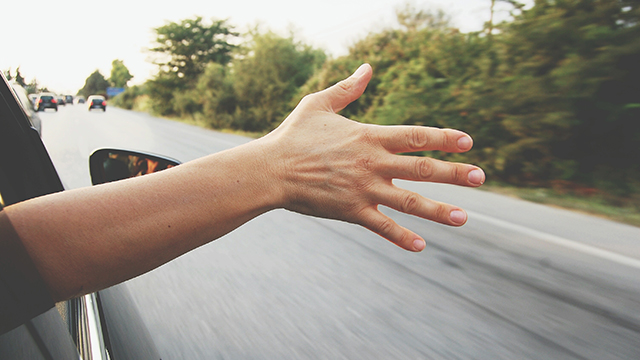 Nine important road rules that may surprise you

Nine important road rules that may surprise you