Ford Ranger won the inaugural 4x4 Dual Cab Ute award in 2013 and only on one occasion since then has it been defeated, and that was by Toyota HiLux last year.

But after a model refresh and some extra kit being added in 2016, Ranger is back on top with a comfortable win.

It excelled in all the things that these utes are bought for, such as being great towing vehicles as well as having a practical design that makes them easy to live with. And utes are becoming very civilised and car-like, with the inclusion of some luxury features.

The list of standard features in Ranger is the benchmark in this market. A rear-view camera and reversing sensors has become standard across most of the line-up, and the XLT also has front parking sensors as standard.

Inside the cabin, Ranger was equal best in class for space, and outside tray space was equal to or better than any of the other contenders. The seating comfort was also equal best in class, and during the upgrade Ford put more sound deadening in the XLT. As such the cabin is relatively quieter but it's still not as good as the HiLux.

Even loaded with three judges in the cabin and half a tonne in the tray, Ranger easily lugged its way up a steep 4WD test track as the 470Nm delivered by the 3.2L 147kW 5cyl turbo-diesel powerplant was well and truly up to the task. Only the new Colorado did the climb better.

In fact the judges were impressed with how well all three finalists coped with the off-road testing and just how capable they were even when loaded. All had six-speed automatic transmissions to make the best use of the available torque.

Apart from safety and environment – which carry a mandatory weighting of 'critical' in every Australia's Best Cars category – the only criterion rated by buyers as critical in these utes is towing. And Ranger topped the list here, with a more-than-useful 3500kg rated towing capacity. Supported by trailer sway mitigation and tyre pressure monitoring, it will take some of the stress out of the task of towing. It is the only vehicle in the class to have a towbar as standard. Even without a trailer, the normal payload will cope with the workday needs of most tradies.

This class of 4X4 has come a long way over the years, and tradies who need a ute to help them earn a living but also want something to load the family into on weekends are now somewhat spoilt for choice, led by the impressive Ranger. 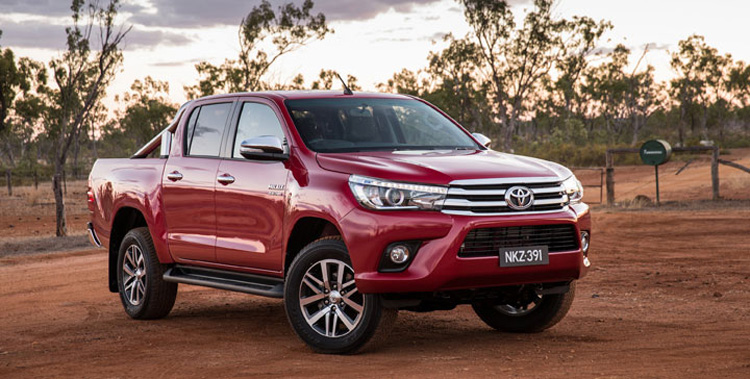 Last year's winner HiLux SR5 is still a great unit but improvements to Ford Ranger just pushed the Toyota back to second this year. Although the 2.8L 4cyl turbo-diesel engine is refined, HiLux's overall performance wasn't quite up to the other contenders.

But HiLux's drivetrain is very smooth and quiet and the cabin is well insulated to further reduce engine noise and improve the perception of quality.

The interior of the high-spec SR5 is modern and high-quality materials, which is noteworthy considering its working vehicle focus. The centre console is dominated by a seven-inch touch-screen multimedia system that has sat-nav, Bluetooth and iPod connectivity.

Convenience features such as climate control and a smart key are included, as is tilt-and-reach-adjustable steering, a rarity in this category.

HiLux is marketed as 'unbreakable', and Toyota has built on this with a strengthened chassis and beefed-up suspension. The SR5 had an excellent overall suspension set-up that finds the right balance between being not too hard unladen or too soft with a load in the tray.

Although HiLux was equal best in the class for tray space, it can't match the other two finalists for towing, and there are a few others with better payloads.

Holden's new Colorado ended up being a fair way off the pace in design and function, mainly due to some sub-par scores for its environmental performance and space compared with the other two finalists. But it was every bit the match when it came to value for money and what is was like on the road.

It had the best-performing engine of the trio, as the four-cylinder 2.8-litre Duramax turbo-diesel powerplant, with a prodigious 500Nm on tap from very low revs, even caused the well-calibrated automatic transmission to pull into a taller gear while heading up the steepest part of the 4WD test track at Anglesea. Very impressive.

Even though it is several thousand dollars cheaper that the other finalists, Colorado still has a similar level of features to the dearer Ranger. Its infotainment system is the Holden version of software called MyLink, which allows you to access Apple CarPlay and Android Auto connectivity as well as digital radio, embedded satellite navigation and voice recognition.

The five-star ANCAP rating for Colorado was complemented with a new forward-facing camera to provide active safety features such as forward collision alert and lane departure warning, giving it the highest safety score for the category.

Need some financial help to buy a car? 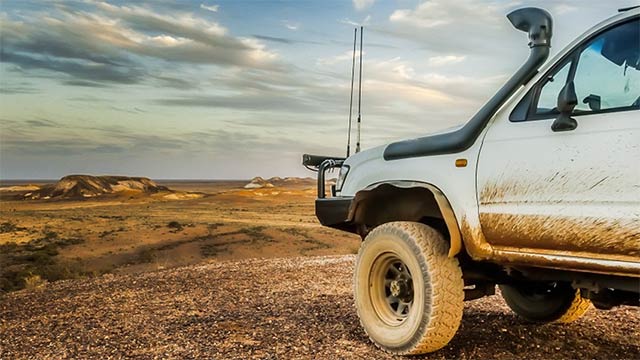