Mitsubishi has introduced yet another model in its range of four-wheel drive vehicles to compete in the lower end of what is becoming a fiercely competitive market. The latest offering is called the Pajero iO, which is pronounced ee-oh. The word "iO" is Italian for "me" or "I", which suggests that an owner's personal image is being reflected in the vehicle they have chosen. How this all connects with a vehicle that is designed and manufactured in Japan, is yet to be revealed.

Mitsubishi has profiled the largest percentage of its Pajero iO buyers as young married professional women without families, and it will sell in direct competition to Honda CRV, Toyota RAV 4 and Suzuki Vitara. However, other four-wheel drives such as Daewoo Korando, Holden Frontera, Kia Sportage, Land Rover Freelander and Subaru Forester must also be seen as likely targets.

Two models are available, a three door short wheelbase (SWB) with a 1.6-litre engine and manual transmission and a five door long wheelbase (LWB) version which has a 1.8-litre engine, optional manual or automatic transmission and is the higher equipped vehicle of the two. Pricing starts at $26,990 for the SWB model, $29,890 for the LWB with manual transmission, as tested, and $31,890 for the LWB automatic. Automatic transmission is optional on the LWB models at a cost of $2,000, and although two-tone paint is standard on the LWB iO, it is available on SWB models for $500. Power steering, windows and mirrors are all standard on both models of the iO, along with air conditioning, driver's airbag, alloy wheels, engine immobiliser, driver's seat height adjustment and centre diff lock. In addition, the LWB models have a Limited Slip Differential (LSD) in the rear axle, two-tone paint and remote central locking.

Both the 1.6 and the 1.8-litre engines are four-cylinder Single Overhead Camshaft (SOHC) configurations with sixteen valves and multipoint fuel injection. The 1.6 engine was developed specifically for the iO to maximise well balanced power, performance and fuel economy without upsetting the environment. The 1.8-litre is Mitsubishi's 4G93 SOHC engine, a tried and proven off-the-shelf model, chosen for its efficiency and reduced valve train mechanism, while producing top-end power equivalent to Double Overhead Camshaft engines of similar capacity.

Both manual and automatic transmissions are based on existing units from other Mitsubishi vehicles with minor modifications to enhance the shift quality, and reduce noise and vibration.

The major transmission emphasis is on the 'Super Select' (SS4-i) four-wheel drive system which is based on the larger Pajero. The SS4-i transmission is a part-time four-wheel drive unit with drive to the rear axle only, when 2H is selected. In the 4H position, drive is split between the front and the rear axles at a ratio of 20:80 unless conditions require a more even delivery of power. When this occurs, a Viscous Coupling Unit (VCU) allows torque to be delivered to both axles up to a ratio of 50:50, according to the demand. The transmission can be locked in both high and low range four-wheel drive for the more serious situations.

The front axle on both models is an automatic freewheeling type that allows four-wheel drive to be selected at speeds up to 100 km/h, and the five-door model is fitted with a limited slip rear differential as standard.

McPherson struts and coil springs with radius rods and an anti-roll bar form the front suspension, while the rear is a five-link trailing arm set-up with coil springs on a solid axle. Mitsubishi claim to have engineered the suspension to give the best compromise between off-road and on-road comfort. Power assisted rack and pinion steering is standard on all models.

The iO does not have a full chassis, but is based on a monocoque body shell where all body members, floor panels, turret and door pillars are integrally welded together. The impact absorbing zones that are built into the front and rear of the body, plus a driver's airbag and adjustable anchor points on the front seatbelts, form its major safety features. Fire retardant materials are used throughout the interior of the cabin. Passenger airbags are not available for the iO. An electronic engine immobiliser and a keyless entry system are the main security components giving the iO a theft rating of 76.

There is more than a striking resemblance between the LWB iO and the first SWB Pajero released in 1983. With the exception of the height, the iO being a few millimetres lower, all other dimensions are greater than the NA Pajero. Where other four-wheel drive manufacturers have moved to a more rounded body style, the iO has adopted squarer lines similar to the early Pajero, suggesting that Mitsubishi may be attempting to revive what was a very successful model. The square features, bold grille, built-in wheel arch flares, relatively short wheelbase and wide wheel track give the iO a compact, rugged look that suits its all-terrain image. The overall paint and panel quality is quite good with a startling seat fabric in dark and light shades of grey, that flows on into the door trim, right up to the window sill.

The Mitsubishi iO is a five-seat vehicle with an emphasis on being used as a two seater leisure type four-wheel drive, enabling the rear seat area to be used for additional luggage, etc.

All of the seating is fairly basic in shape with good head and shoulder room in the front and adequate leg space. Height adjustment is provided on the driver's seat, but lumbar and side support is lacking and could be improved. The rear seat is fairly devoid of shape, being very flat and bench-like. Although designed to seat three, there is only sufficient space to take two in reasonable comfort, with minimal legroom as a minus and a five position recline facility as a plus.

Access to both the front and rear compartments is reasonable, and an overhead grab handle is provided at each of the four door openings for assistance and comfort while driving off-road.

Although the rear seat back is split 50/50 and folds down for extended luggage space, it does not fold flat or to the same level as the rear compartment floor. Cabin storage is adequate with pockets in the front doors and console, a non-lockable glove compartment on the left side of the dash and a compartment for sunglasses on the right.

Sitting at the controls of the iO is a little like being in an early nineties cockpit with a dash style reminiscent of that era. The hooded clock perched at the centre top of the dash panel is typical of Pajero models, with a similar effect on the main instrument panel in front of the driver. While the dash and controls are characteristic of older models, they do work well and are easy to use. Although the driver's seat is height adjustable, the steering column is not, making it that much more difficult for some people to attain that ideal comfortable position.

The two large clearly marked speedometer and tachometer dials are separated at the top by smaller Siamese fuel and temperature gauges and at the lower section by a transmission and four-wheel drive position indicator. All engine warning lights are located in the bottom of the tachometer dial. The four-wheel drive selector lever is the only awkward control in the iO, being positioned well back in the centre console. For those drivers who position the seat well forward, this could be particularly difficult.

The 'C' pillars in the iO are quite large and when combined with the rear seat head restraints, some obstruction to rear vision is experienced while parking. However, the door mounted spare wheel is positioned very low, and the shorter wheelbase configuration assists in any reversing manoeuvres.

The 1.8-litre engine propels the iO along quite well for a vehicle of its size and mass, and it is only when it has a full complement of passengers, that some minor power inadequacy is noticed. Under heavy acceleration, the engine's throaty induction noise is considered excessive by today's standards and the general road noise, which was exacerbated by an annoying gear lever buzz, is above average.

On sealed roads the iO suffers from some body roll and is inclined to oversteer when cornering hard. The basic brake system is just adequate for this type of vehicle, although I did experience considerable premature brake lock-up, which was most likely peculiar to our test car. Considerable heat build-up and increased pedal pressure were experienced in our performance testing, leading to premature brake fade.

Although the controls are light and easy to operate, there was excessive backlash in the driveline that made smooth driving a chore rather than a natural occurrence.

The iO is at its best on unsealed surfaces where it handles very well in four-wheel drive mode and its low ratio transfer case enables it to go through terrain that would stop others in this category. However, limitations on the ground clearance and wheel travel preclude it from those more serious tracks that remain the domain of the larger and more expensive all-terrain vehicles.

Approach and departure angles are quite satisfactory and the engine and transmission performed adequately, although the transfer case selector is poorly positioned for easy operation as previously mentioned.

Engine braking on steep inclines was poor, considering the test vehicle was fitted with a manual transmission.

Under the bonnet is not particularly well laid out, however, the majority of serviced items are easily accessed. Service intervals have been scheduled for every 15,000 km or twelve months.

Mitsubishi offer a three year 100,000 km warranty on the iO with an additional two year cover against perforation corrosion of the body panels.

Mitsubishi has nominated a maximum 1200kg towing capacity, for trailers with brakes, on the SWB iO, and 1500 kg for the LWB model. For trailers without brakes, both models are limited to 750 kg.

The iO is not set to win any design or style awards, with what Mitsubishi describe as a clean, chiselled look. With a shape that is reminiscent of the late 80's or early 90's, the iO's success will rely heavily on its big brother's reputation, plus its performance and off-road ability.

As a compromise between medium level off-road operation and city/highway driving, the Pajero iO is well equipped to provide most prospective purchasers with performance and comfort levels consistent with other vehicles in its price and market range. 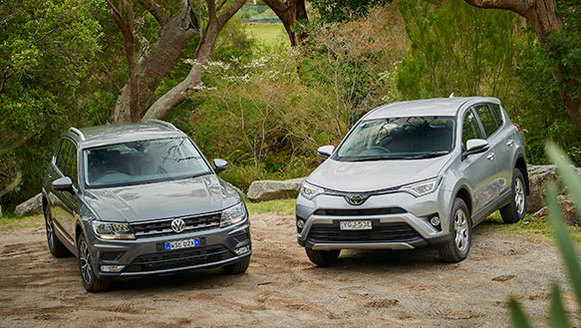