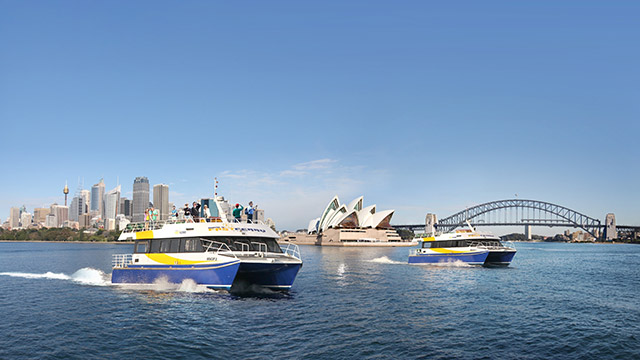 We know Manly Fast Ferry (now My Fast Ferry) as the much-loved ferry service that transports thousands of commuters and tourists daily across Sydney Harbour. But it's not always been smooth sailing.

Learn how the second generation family-owned and operated Australian company navigated through challenges to become the blue ribbon service that today makes up as much of our waterways as the iconic structures it passes.

Manly Fast Ferry was founded in 1978 by Ian Ford, a practicing dentist with a passion for boats. Ian's career on the water was spent predominantly in competitive sailing, where he spent many years competing in regattas around the world, including Sydney Harbour. After purchasing and rebuilding a 1917 timber ferry, Ian launched Riverboat Cruises, which operated party cruises along Sydney Harbour and the Georges River.

By 1986, Ian had grown his fleet to three, which included the purchase of a 200-seat restaurant vessel names 'Bass and Flinders', and expanded operations to charter transfers and whale watching from Sans Souci, Sydney Harbour, the Whitsundays and Hervey Bay.

In 2005, Bass and Flinders were awarded a contract by Sydney Ferries to provide vessel backup for the Manly to Circular Quay route. This became Sydney's only Manly Fast Ferry Service between Circular Quay and Manly. In Nov 2008, the Labor government announced the cancellation of the current Jet Cat services as a result of the Walker Inquiry into Sydney Ferries, that is 'if a private operator can deliver better service outcomes than the Government then Sydney Ferries must be franchised'.

Shortly after, the people of Manly formed a Save Our Fast Ferry group lead by the Local Member Mike Baird. The Labor government was pressured by the Save Our Fast Ferry group into deregulating the fast service and went to market for an operator in November 2008. The service was to commence on 9 January 2009. Ian Ford’s 'never say never' attitude saw this tender as an opportunity to operate the blue ribbon ferry service on Sydney Harbour, so Bass and Flinders put together the tender in two weeks.

Did you know? Prior to January 1951, the Port Jackson & Manly Steamship Company and its successors had operated ferry services between Circular Quay and Manly. It was eventually taken over by the NSW Government to retain all ferry services on Sydney Harbour which were nonviable in the private sector. It wasn't until the market was deregulated, and the Port Jackson & Manly Steamship Company became part of Sydney Ferries, that the opportunity arose for what is today: My Fast Ferry to tender for ferry services between Manly and Circular Quay.

On Christmas Eve 2008, the Ford family was informed that Bass and Flinders were the successful tenderer and a contract would be delivered between Christmas and New Year, to commence early January.

"That was an interesting Christmas Day around the Ford family Christmas table," said Richard Ford, CEO of Marine.

“We sourced boats from all over NSW and Queensland in the next week and secured one from Brisbane and one from Townsville which we drove to Sydney ourselves. We purchased a ticketing system, went through three weeks of training and commenced the service on 10 February 2009. Our first run only carried 23 passengers. Today, we’re now Sydney’s Fast ferry operator,” Ford continued. 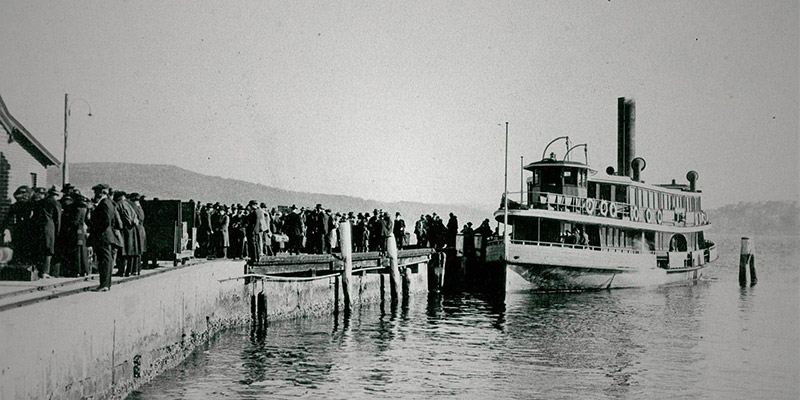 In 2011, Bass and Flinders were awarded the rights to operate the Manly to Darling Harbour ferry services. New services were introduced in 2012: Manly to Watson Bay, Milsons Point and Darling Harbour and Pyrmont.

By December 2014, Manly Fast Ferry had secured the contract as sole provider of fast ferry commuter services for Manly to Circular Quay. In 2015 the first two of four new vessels were launched in Tasmania, the next two in March 2016. In 2017, Opal cards as a payment option was introduced.

Manly Fast Ferry joined the NRMA fold of group businesses in 2017, trading under a new name, My Fast Ferry. 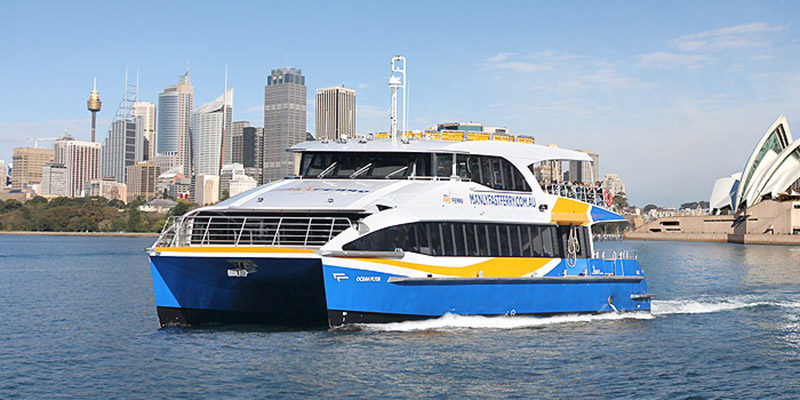 While our commitment to better roads has never been greater, the NRMA recognises the potential that comes from blue highways and are broadening transport and tourism offerings as an extension of our legendary service to Members to get them home quickly and safely.

“Blue highways offer a viable and effective solution to the congestion impacting on Sydney’s traditional transport methods. Since so many of Australia’s major population centres are located on rivers, harbours and the coast, NRMA will look to provide comparable service to others across Sydney and coastal centres,” NRMA Group CEO Rohan Lund said.