After something of an assault of new contenders in this category, in the end the winner was an established model which proved sometimes, original is best, and that was the BMW 125i Sport Line.

In 2016, the 1 Series overcame new competition in the form of Infiniti Q30, Renault Megane and Subaru Levorg – all widely varying interpretations of what makes a premium small car. However, it was a sporty if somewhat pricey all-rounder from Germany which took the trophy.

The evolution of the BMW 1 Series since its introduction in 2004, which has seen the model continue with its rear-wheel drive chassis, has helped keep the German maker's smallest model at the top of the class for driver appeal. BMW has also proven in various vehicles that it can make cars with benchmark ergonomics, and the 125i Sport Line is no exception.

When it comes to finding the optimal driving position for your size, the BMW 1 Series is king. Small-framed people through to those well over 180cm tall can get into the 1 Series and get comfortable, yet cleverly there seems to be no wasted space either. It's in these two areas – the seemingly telepathic handling and its brilliant ergonomics – where the 125i really puts its nose ahead of the opposition. Frankly, it really needed to in order to offset the points it gave away due to its premium price.

The 125i costs $54,340 on the road, making it the most expensive non-electric vehicle in the category. However, while it did suffer a penalty here, its depreciation score was slightly above average for the category, indicating buyers in the second-hand market still rate the 1 Series highly.

Under the bonnet is BMW's 2.0-litre, turbocharged petrol engine which, following an update to the 1 Series range in November 2016, makes 165kW (up from 160kW) and 310Nm. Impressively, this increase in output coincided with a reduction in the vehicle's fuel consumption, down from 6.5L/100km to 5.9L/100km in the ADR test. And the flow-on effect of this lower fuel consumption was a reduction in exhaust emissions from 151g/km to 134g/km.

In addition to all of this car's traits as a driver's car and an environmentally sound one at that, the 125i also has strong safety credentials, including front and rear parking sensors, a rear camera, lane departure warning and a pedestrian warning feature.

The 125i's interior, while intimate, still conveys the message that this is a luxury car, albeit downsized into a sporty hatchback. The fascia and door trims are finished in BMW's typically restrained style, and to us found a happy medium that was evident throughout the car – it has everything you need and nothing you don't. Minor controls such as heating and ventilation, audio and driving modes are clearly laid out and logical to use without looking like labelled kitchen containers.

The BMW 125i Sport Line was a deserving winner which, although pricey, does also clearly demonstrate where that expenditure goes 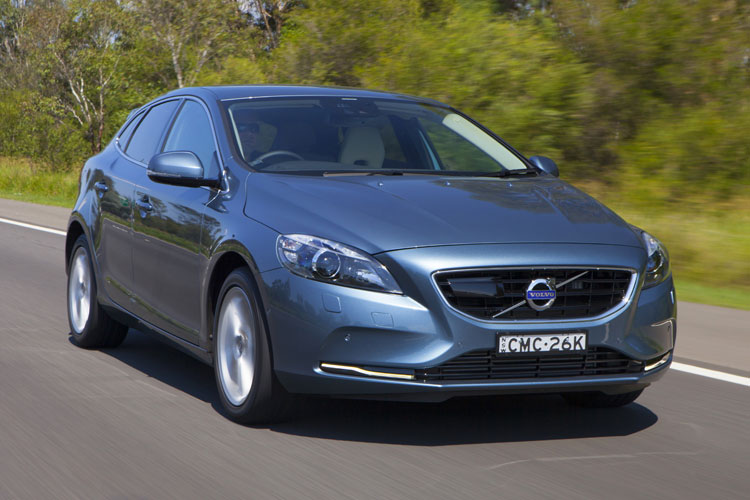 There is no doubt Volvo has been increasing its presence in quasi-premium new car market segments, and V40 is a great example.

So good, in fact, that it nearly topped the class this year. With an indicative drive-away price of $48,368, it's about $6000 less than the class-winning BMW.

The Volvo also bettered the BMW in the areas of fuel consumption, insurance costs and standard features. It made for a tight tussle between these two for the top spot and left a sizeable gap back to third place.

Volvos are renowned for their excellent seating comfort and the V40 is no exception, however its seats, while comfortable, are outdone by the BMW's for lateral support.

The V40's 140kW, 2.0-litre turbo-charged petrol engine provides ample performance, and although more efficient than the BMW's powerplant, it's also down 25kW on the BMW.

Volvo has clearly stepped up its game in build and finish and is a deserving match for the 125i and the third-placed Mercedes-Benz A180.

Overall though, it's the on-the-road scorelines where the front-drive Volvo ultimately loses ground to the BMW's highly engaging rear-drive platform. 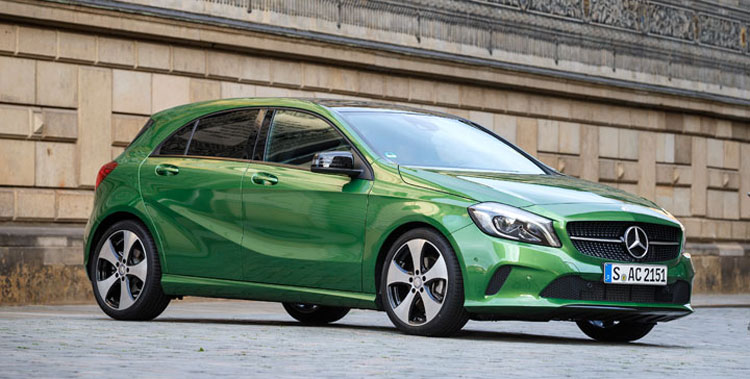 Rounding out the top three this year is Mercedes-Benz's small car star, the A-Class. And although the A180 finished third, one area where all three finalists are level is in build and finish.

Mercedes-Benz is no newcomer to the art of exquisite interiors, and the BMW and the Volvo are the only two other players with the potential to match or even better it in this area.

The Merc's on-the-road scores did see it drop back, which is due in part to the A 180's smaller 1.6-litre turbo-charged petrol engine. With 90kW, the A 180 is significantly down on outputs compared with first and second place-getters, each of which boasts a 2.0-litre engine, but at the same time the A 180's fuel consumption is virtually neck-and-neck with those of the BMW and the Volvo.

The A 180 did drop back to the pack with its ergonomics score, which is partly due to the column-mounted gear selector.

Nonetheless, the A 180 is the cheapest of the top three to buy and is still a rewarding drive due to its inherently excellent chassis and suspension set up. This, combined with its attractive appearance and an excellent safety specification, nonetheless makes the A 180 a particularly convincing entry into the domain of Mercedes-Benz ownership.

NRMA car loans can help make that dream a reality