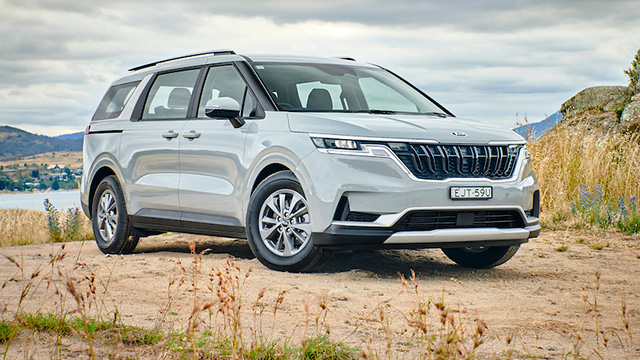 In the late 1990s, the Carnival shaped Kia’s reputation in all the wrong ways. Many owners were less than impressed with the vehicle’s mechanical reliability, and any shine it had at launch quickly faded.

Chastened, Kia worked hard to improve the second and third generations, offering the first seven-year warranty at a time when three years was the norm. The commitment to improve the Carnival’s fortunes paid dividends with a win for Best Family Wagon at the 2017 and 2018 Australia’s Best Cars awards.

How much does the 2021 Kia Carnival cost?

What features does the 2021 Kia Carnival come with?

For the Carnival, Kia has plucked its latest engines from the new Sorento – a 148kW/440Nm 2.2-litre turbo diesel and a 216kW/355Nm 3.5-litre petrol. Unlike the diesel in the Sorento, which uses a DSG transmission, both Carnival engines are matched to an eight-speed automatic. Fuel consumption has improved, with the petrol engine at 9.7L/100km (below 10L/100km for the first time), and the diesel at 6.5L/100km.

Advanced driving aid systems (ADAS) in the 2021 Kia Carnival encompasses the full alphabet of safety acronyms, with the SLi and Platinum featuring ‘safe exit assistance’ that prevents the power sliding doors opening if it detects a vehicle approaching from behind or on either side.

Physically the Carnival is a big unit, built on the new Sorento platform, with  an additional 60mm of internal space compared to the old model. Sliding, rather than hinged, doors make it easier to step into the second and third rows. The step height has also been lowered slightly and the second-row seats can be configured in multiple ways.

The centre second row can be removed, turned around or converted to a centre table, while the third row can fold into the floor, leaving a cavernous cargo area of 2875 litres – reminiscent of Commodore and Falcon wagons of bygone days.

How does the 2021 Kia Carnival drive?

Driver vision is excellent and the feeling from all seating positions is of space and openness, a major point of difference over most of the large seven-seat SUVs. Second- and third-row occupants don’t miss out on creature comforts, with air-con vents, cup holders, large armrests and lighting all featuring.

We drove the diesel, which has plenty of power and torque on tap, recording 6.6L/100km over city and highway driving – not a bad effort for a large eight-seater. Its suspension tune feels right for the target audience; around town the ride quality is excellent, out on the open road it feels taut while still soaking up bumps and corrugations.

The Carnival’s ample dimensions are noticeable in tight carparks, although the light steering and reasonable 11.7-metre turning circle do mitigate the feeling somewhat.

If you drove a people mover back in the day, you were classified as being a bit ‘beige’. The new 2021 Kia Carnival challenges that view with strong styling and a big presence. But practicality hasn’t been compromised and it remains an excellent choice for large families.

Planning to upgrade to a 2021 Kia Carnival?

Members save on new-car loans 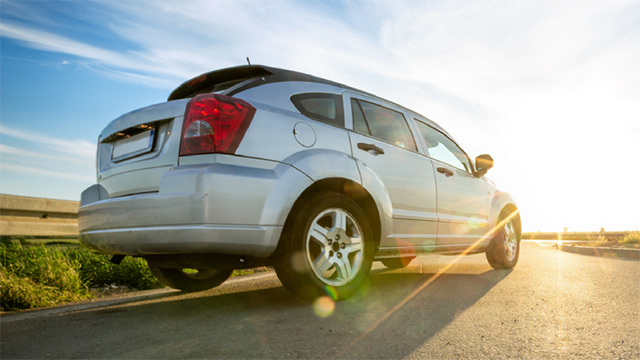 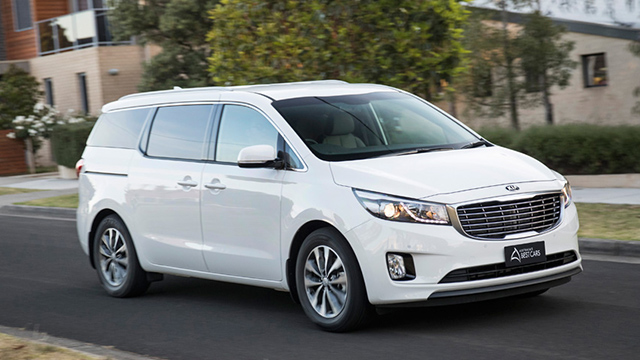