The Mazda3 range has two new body styles, a four-door sedan, and a five-door hatch. The SP23 is available in both variants. Prices start at $30,190 for the manual sedan or hatch. Automatic transmission will add $2,080 to the price.

Interestingly, the sedan and hatch models have no common body panels and are distinctly different in shape; the SP23 hatch has a much more defined, angular look.

This new engine is a variant of the Mazda6 engine, developing slightly less power, which was introduced in the Mazda6 in 2002.

Features include sequential valve timing, and as with the smaller 2 litre engine, the 2.3 litre engine passes the Euro Stage 3 engine emissions standard that doesn't come into force until 2005.

The manual five-speed transmission has had the gear ratios revised - first, second and third gears are slightly taller in ratio as is fifth gear - the final drive ratio has remained the same.

Cruise control is the only option at $572. Overall the Mazda range and especially the SP23, is well appointed.

The SP23 is bigger in every dimension than the previous 323 range. The wheelbase is also longer and the hatch especially has the look and design of having a wheel in each corner. This design style gives the SP23 hatch internal space that buyers would have only found in mid-sized vehicles of a few years ago.

Mazda's usual high quality control standards continue across to the SP23. Paint and panel fit is excellent and it's not limited to obvious high visibility areas - the rear hatch stowage area is well finished and has a neat storage tray between the hatch floor and spare wheel.

Inside the cabin the quality feel continues.

The interior colours of the test vehicle were primarily charcoal/black but the clever usage of different finish textures on different sections of the dash and door trims has given the interior a classy look and feel. As with other Mazda models the red illumination of the dash controls and instruments may not be to everyone's taste, but they are easily identified and simple to read at a glance. The speedometer and tachometer has the zero markings starting at the six o'clock position, a little unusual, but takes no time to get used to. The switchgear, especially the rotary controls on the centre of the dash, also have that quality touch when operated.

The SP23 has the feel of a vehicle that has a reserved, understated character. Initially there is no lightning fast acceleration surge on take off, but the SP23 is deceptively quick when driven in a spirited manner. The Mazda3 manual sedan tested earlier in the year was a lively performer; the SP23's performance figures were stronger in all areas. The 2.3 litre engine pulls strongly all the way to the 7,000 rpm redline, but it's the strong mid range power delivery that makes the SP23 an engaging vehicle to drive. Transmission ratios are perfectly matched to the engine characteristics.

The ride was certainly firm, but for a sports hatch acceptable. On coarse surfaces tyre noise was noticeable, smoother sections of road reduced the tyre noise somewhat. Through twisting sections of road the handling qualities of the SP23 were really showcased. Vast reserves of grip combined with a minimal body roll, and precise, direct steering that conveyed all the right signals back to the driver, combined to deliver a rewarding driving experience.

The Mazda3 SP23 is the equal to any of the best hot hatches on the market at this point in time. It displays poise and refinement that would be the envy of many of its competitors, and as an overall package Mazda has put together an impressive vehicle.

Looking at buying a car?

Members save on NRMA car loans 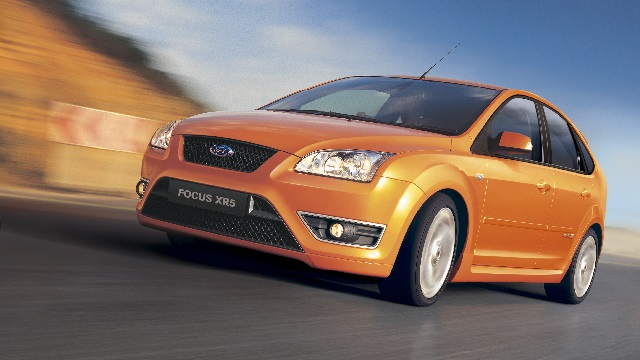