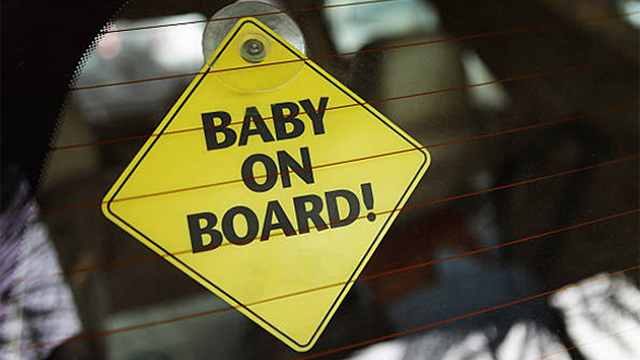 Baby on board signs, you see them everywhere nowadays but what many may not know is its true meaning and how the signs became a global phenomenon.

The idea was born from the personal experience and desire of one man, Michael Lerner, a former real estate investor from Massachusetts, USA with the vision to keep children safe during car trips.

It all started in 1984, when Michael had driven his 18 month old nephew home for the first time. He did not account for the notoriously busy traffic with motorists tailgating and cutting him off throughout the trip. “For the first time, I felt like a parent feels when they have a kid in the car,” he said.

It was around the same time that he was introduced to sisters Patricia and Helen Bradley. The sisters had seen a version of a safety sign for car windows in Europe and had limited success with marketing the idea back in the United States.

Michael saw a business opportunity in safety signs for car windows and struck up a licensing deal for the rights to the product from the sisters. He founded the company Safety 1st and using his contacts in the retail industry, he started pitching to big department stores.

The first “Baby on board” sign was produced in 1984 and sold 10,000 signs within the first month. The demand ramped up and within nine months, the company were selling 500,000 signs a month.

Many parents have come to think that the signs help emergency services in the case of an accident but NSW police have confirmed that this is not the case.

"The sign is not for emergency services, but more of a notice to other drivers. Anyone using these signs must ensure they are not obstructing the driver's view," a spokesperson for NSW Police said.

According to Safety 1st the idea behind the “Baby on board” sign was to “encourage drivers to use caution when approaching cars with younger passengers”.

Millions of parents have purchased the sign over the years worldwide, with various copies and imitations created, but the original signs are still produced today.

Do you take notice when you see a baby on board sign? As a parent, do you think this has made your trip safer?

Ask NRMA: Can I flash my headlights to warn motorists?

Who can use 'parents with prams' spaces?