What’s the difference between petrol, diesel and LPG? What is ethanol or E10? And what do all the numbers mean?

There are a lot of fuel types out there which can make your trip to the service station a bit confusing, so here’s a quick run through of the major fuel types that might help you next time you’re at the pump.

Most cars on the road take either unleaded petrol or diesel – it’ll usually say which one either on or near the fuel cap. These are very different fuel types for two very different types of engines, so they should never be mixed or else they could do some serious damage. If you have put petrol in a diesel car - don't panic. There are some really quick and easy fixes you can do to stop your error from causing serious damage.

LPG (liquid petroleum gas) usually only runs in petrol cars that have been modified to take this fuel type, but even in these it is recommended that the car be run on petrol every so often to keep various components lubricated. Also, automotive LPG sales have been declining over the past decade and now account for just two per cent of total automotive fuels sold in Australia. LPG bowsers aren’t being replaced and it’s much harder to find outlets in country areas, as it doesn’t stack up economically for the sites to maintain them.

Unleaded petrol, but which one?

Petrol is made with different Research Octane Number (RON) ratings. Generally, you’ll find standard unleaded in Australia is 91 RON, premium options are 95 or 98 RON, and then E10 (the 10 just means it contains 10% ethanol, which is basically an alcohol made by fermenting biomass rather than from crude oil) is 94 or 95 RON. There is also limited availability of E85 (a blend using 85% ethanol), which is usually around 105 RON, but outside of the Supercars racing series this is only suitable for a handful of vehicles specifically designed or modified to take it, and you’ll know if you’re driving one of those.

Without going too deep into the scientific complexities of what these RON ratings mean, the advantage for higher octane fuel is a greater stability under pressure – it is far less likely to combust in the chamber before it’s supposed to do so. Really, this only comes into play in high-performance and some newer engines, all of which will be specified in the vehicle manual. Some premium fuels also contain additives that may help clean your fuel system, but unless your car requires higher octane fuels, it’s up to you as to whether this benefit is worth the difference in cost.

E10 ethanol fuels also have some advantages, and not least of which in your wallet, as they often tend to be a cheaper option. They are a part of a push away from fossil fuels, the ethanol can be produced locally – easing our reliance on imported fuel sources – and they can potentially slightly reduce your cars CO2 emissions. This fuel does contain slightly less energy than regular unleaded, which can reduce your range from a tank, and it is definitely a good idea to check whether your car is compatible to take E10 here.

If you’ve got a diesel vehicle, you’ve usually got two options when you get to the service station – standard or one of the variously named premium diesel options. These premium options contain different additives depending on which brand you choose, but most are formulated to reduce foaming at the pump, run cleaner in your system and reduce the amount of black soot emitted by your exhaust.

Some reports also credit premium diesel options with better mileage, but these reports are currently only anecdotal. Again, your best bet is to try the different options for yourself and decide whether a premium diesel is worth the premium price for you.

What about electric cars?

Electric vehicles (EVs) literally run on large batteries that you plug in to recharge either at home or at special recharge stations, generally separate from conventional petrol stations. Whilst, for various reasons, Australia hasn’t been the fastest to take up this technology, their numbers are steadily on the rise.

That trend is set to continue with increased investment in charging infrastructure and improvements in battery technology making it more feasible for Australian drivers to own an EV. The NRMA is playing its part to bring forward more vehicle models and put downward pressure on purchase prices by constructing one of Australia’s largest electric vehicle fast-charging network right across NSW and the ACT.

As an NRMA Member, you can save on both Premium and regular fuels at participating Ampol service stations within New South Wales. Simply download the my nrma app to locate your nearest fuel station or search by cheapest petrol prices near you when you next need to fill up.

Find the cheapest fuel and parking near you 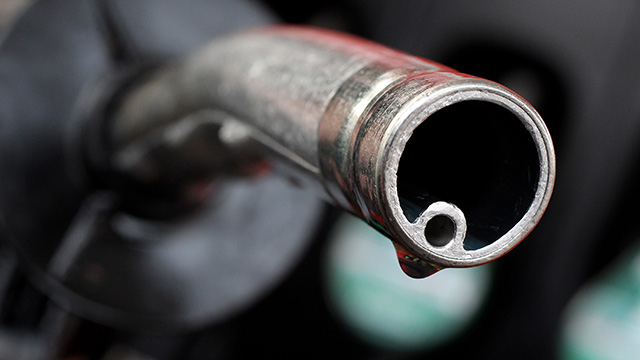 Top tips to save on fuel while driving