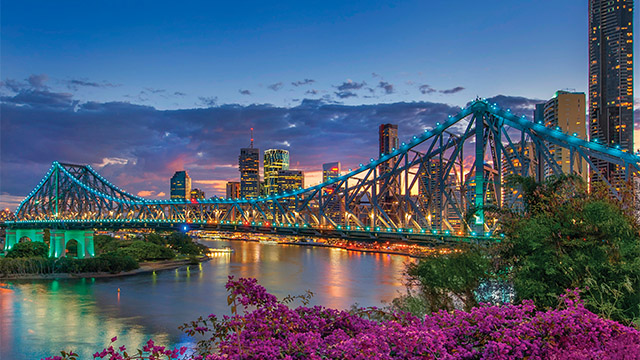 Brisbane has long since shucked off its epithet as a big country town to become an energetic metropolis with a world class restaurant, cafe and bar scene and a vibrant arts community. The city’s natural and historical assets haven’t been forgotten, though; simply improved upon. Extensive cycleways, Moreton Bay’s island national parks, pristine forests and, always, the Brisbane River threading its way through the city’s heart, ensure life is still conducted at a tropical pace.

For what aficionados believe is the best Indian food outside Mumbai, head to Woolloongabba’s unprepossessing Mirchh Masala, where you’ll find authentic subcontinental vegetarian food cooked to perfection. Order the Thali plate, which is a bit like the Indian version of degustation.

They’re only open on weekends, but Hamilton’s Eat Street Markets are one of those highlights worth tailoring your schedule around. As the sun lowers, more than 180 colourful shipping containers throw their doors open to peddle street food, drinks and wares at this riverfront dining hub that’s divided into precincts. Tempt your tastebuds by wandering through AsiaStreet for every kind of Asian cuisine from Vietnamese to Filipino, and TrawlerDeck for seafood fresh from the ocean.

For those who like to eat with a view, NRMA Blue Members can take advantage of the discounts on dinner/lunch cruises and winery tours and dining.

Ascot’s poinciana lined Racecourse Road has long been one of Brisbane’s most fashionable dining strips, and that reputation has only grown since One Fifty opened in 2016. The restaurant bar features a glass atrium that throws light over its stylish timber interior, making it just the place for a long Sunday lunch.

Well known to the city’s bookworms, the West End’s Avid Reader is also home to the Avid Kitchen + Garden, a tranquil hideaway where you can devour words along with scrumptious meals and great coffee. The cafe sources its goodies from local providores such as Danny’s Bread and The Bee Yard.

Read more: Brisbane to Cairns road trip in a week 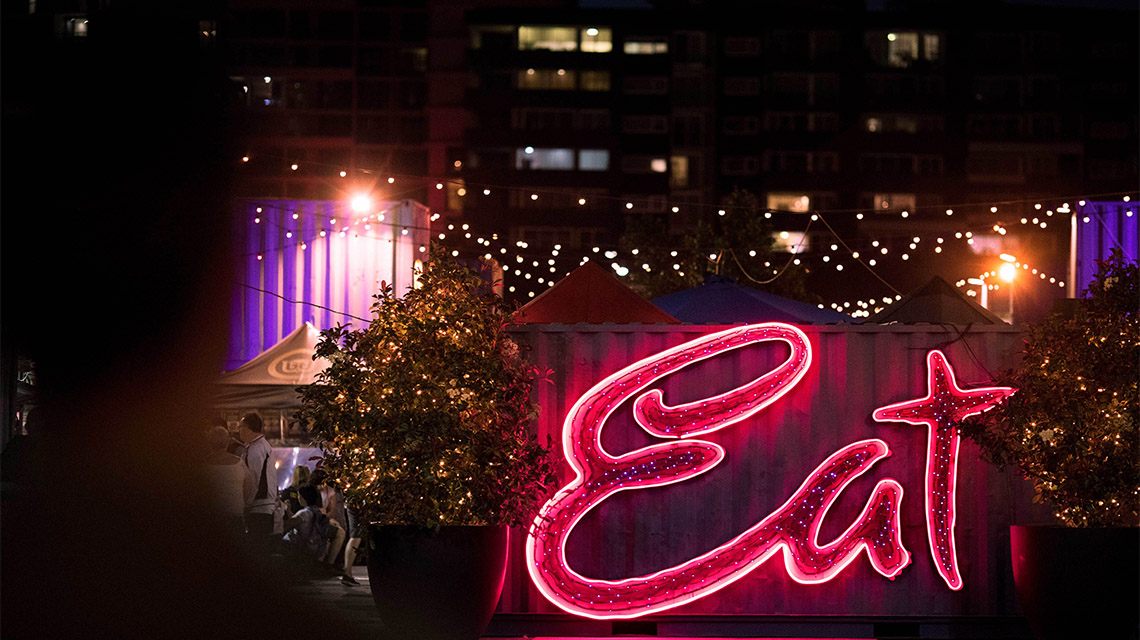 For almost three years, a small office inside an inner city Brisbane hotel served as the war room for the Allies’ Pacific campaign during the Second World War. Today, behind the glass doors of the MacArthur Chambers Hotel, you’ll find that office preserved as the MacArthur Museum, just as the famous general left it when he moved on in 1944. Sit on the conference table chairs where tactics were hammered out and watch rare footage of Brisbane during wartime.

Dip your toes into Australia’s colonial past by grabbing your togs and visiting the Spring Hill Baths, the oldest in the southern hemisphere. Built in 1886, the 25m pool, brightly coloured changing cubicles and wooden upper gallery have been lovingly preserved.

One of Brisbane’s more surprising finds is Underwood’s Chung Tian Buddhist Temple, a Chinese “palace” adorned with dragon heads, gargoyles and other mythical creatures. Wander the statue filled grounds or balance your yin and yang by taking a meditation class

For more than 60 years from the 1860s, St Helena Island’s maximum security prison was the destination for Queensland’s worst criminals. Today, the island in Moreton Bay is a picturesque national park, accessed by the Cat O Nine Tails Cruises catamaran. Stroll among the prison’s remnants for a reminder of a grim past, while watching for dolphins, turtles and the occasional dugong surfacing in the waters offshore.

If there is a shopper’s paradise in Brisbane then it might just be in Fortitude Valley. Starting at the top end of Ann Street, make your way north to the entry for Bakery Lane for the small boutiques, cute cafes and hip bars. The neighbouring Winn Lane, with its creative community of craftspeople, designers, and foodies, is further down Ann Street, as is the tree lined James Street, where you’ll find more than 130 speciality shops.

Housed in a refurbished 1950s cinema and home to more than 70 antique and collectable dealers, Camp Hill Antique Centre & Tart Cafe’s retro atmosphere is evident from the time you enter past red velvet ropes and see classic movies projected on to a big screen at the rear of the premises.

The Travelodge Garden City Hotel at Upper Mt Gravatt puts you within easy striking distance of the Brisbane CBD, close to Griffith University and even closer to a Westfield Shopping Centre, directly across the road. This 120 room, 3.5 star hotel features free parking, kitchenettes, wifi, premium bedding and a 24 hour front desk, while providing that little bit extra with childcare and the convenience of car rentals on site. Buffet breakfasts are also available in the hotel restaurant.

NRMA members can also save on car hire in Brisbane with SIXT with 15% off daily car hire rates and a free upgrade. 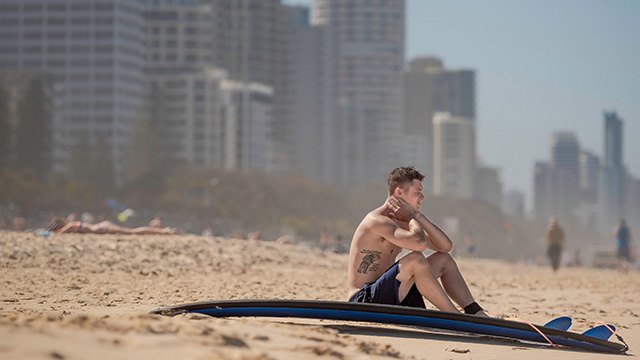 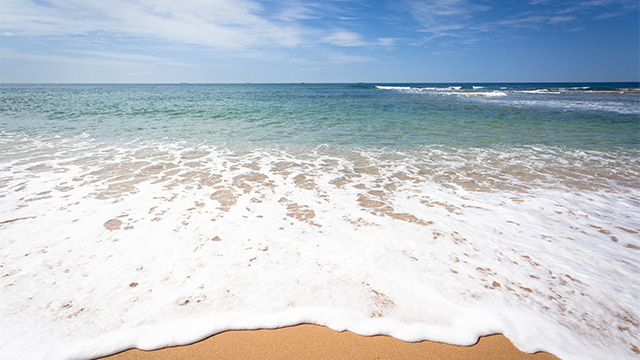 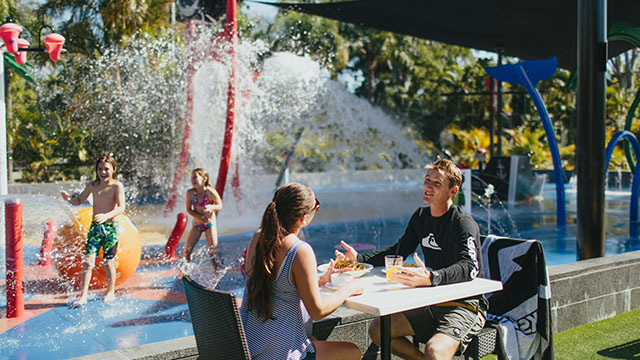 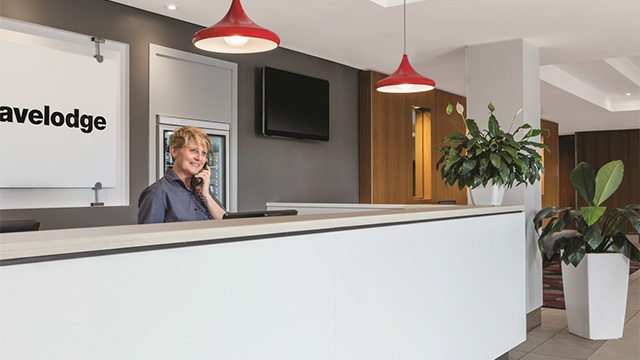