In good times and bad, some of the best destinations in Australia are often found in the dust and heat of the Outback.

Most people tour outback NSW between March and October to avoid the heat. This is like travelling to Thredbo in summer to avoid the snow. Baking sun, azure skies, empty roads, chalk-dry dirt and a crow’s lonely call form the romantic picture city dwellers have of the outback – and in summer that’s exactly what you’ll get.

Some of the best places to visit are now in areas the NSW Government has classified as suffering ‘intense drought’ – the highest on its six-level drought indication scale (see edis.dpi.nsw.gov.au). It’s not just Outback NSW going through the big dry; regions such as the Hunter Valley are also gripped by intense drought.

While donations to drought relief offer vital short-term assistance, domestic tourism will help ‘drought proof’ our small towns when the next big dry inevitably rolls around. Here are some of the best destinations in NSW currently in the grip of intense drought.

The Hunter Valley region usually conjures up images of grapevines and rolling green fells, but the Upper Hunter at the time of writing is dusty and yellow. The Hunter is, of course, heaven for connoisseurs of the grape, with more than 150 wineries dotted around the region. But, as our roving reporter Dorian Mode noted back in our May/June edition, it has loads of attractions for teetotallers as well. 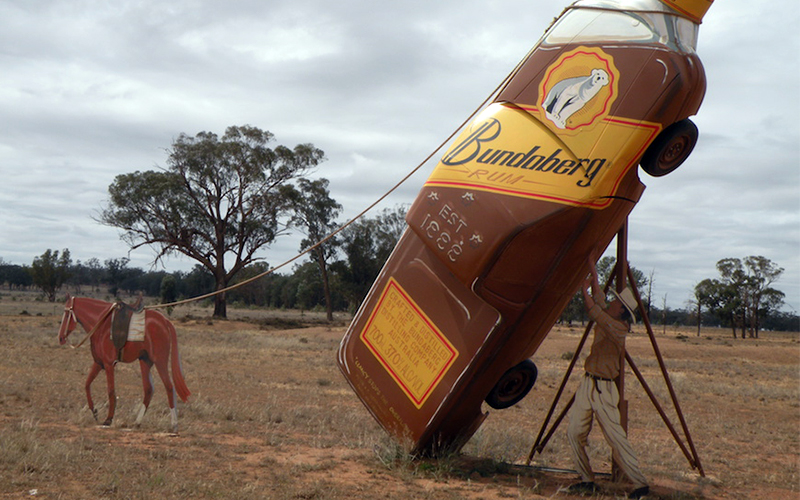 Probably best known in pop culture as the birthplace of Shannon Noll, Condobolin is about to play host to the famous ‘Utes in the Paddock’ exhibition. Old Aussie utes – long past their roadworthiness – have been given a second life as murals thanks to Australian artists. The tiny village of Ootha, just off the highway east of Condobolin, featured Utes in the Paddock when it first opened in 2010. But back in May, the Lachlan Shire Council officially announced the outdoor gallery would be moved to a 25-acre block on The Gipps Way, south of the Condobolin town centre. 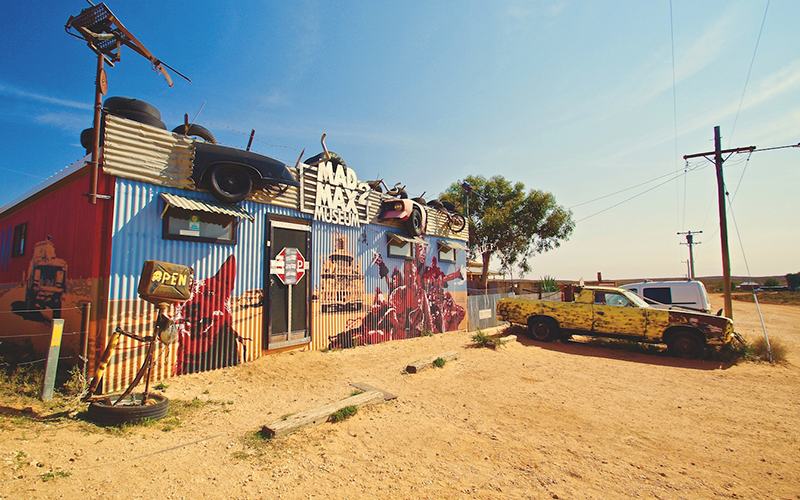 There’s an awful lot of not much beyond Broken Hill, but within the historic mining town there’s no shortage of things to see and do. Pay a visit to Bells Milk Bar, which harks back to a time of lino floors, aluminium chairs and malted milkshakes. It was already well established as ‘Pearly Bells’, an old soda fountain shop, before an overhaul and name change back in 1938. Just outside town, in that great tradition of cheesy tourist attractions, is the Big Bench, while the Mad Max Museum is in nearby Silverton and dedicated to Mad Max 2 (1982), sequel to the 1979 cult Aussie film. 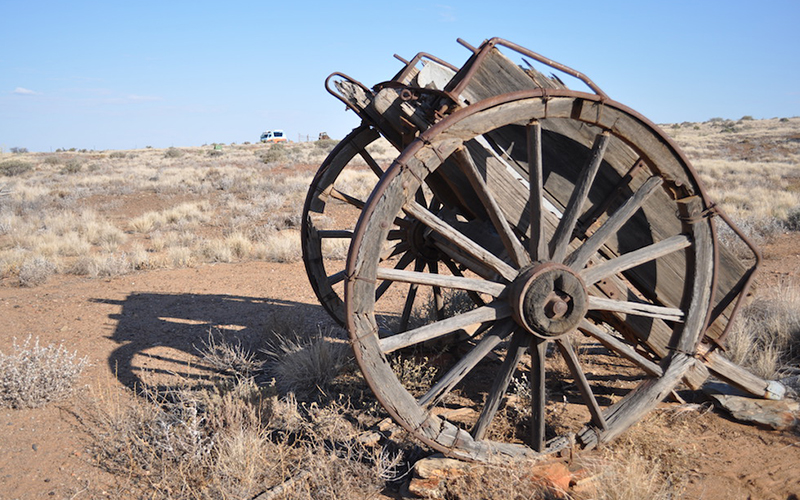 Almost the entire distance of the 469km drive between Broken Hill and Cameron Corner is officially in the grip of intense drought. There are only three notable towns along the route – Packsaddle, Milparinka and Tibooburra – and they all have a pub, except Tibooburra which has two. Make the trek to the point where the states of NSW, Queensland and South Australia converge. A simple pillar marks the site, which was named after NSW surveyor John Cameron. The Dingo Fence, built during the 1880s, also passes through here along the NSW border. 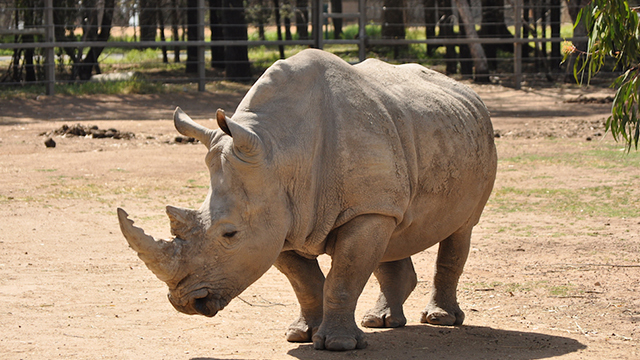 Think ‘Dubbo’ and it’s the Taronga Western Plains Zoo that first comes to mind, having become a Central NSW icon since it opened in 1977. These days, Dubbo boasts an elephant-sized list of other attractions and activities. There’s the Western Plains Cultural Centre (where you can learn about local indigenous history), Old Dubbo Gaol dating back to 1847, the botanic gardens, a cycleway, and even kayaking on the Macquarie River. Like many country towns, Dubbo has become a hub for fine dining made from regional produce. Wineries and farmers’ markets abound and there are dozens of restaurants and cafés. 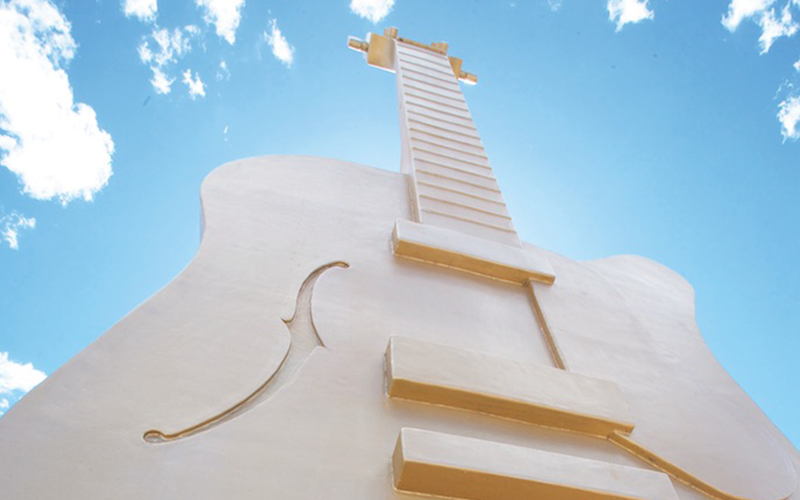 Nationally renowned for its annual music festival, Tamworth is mecca for Australian country music enthusiasts. Embodying this spirit is the Big Golden Guitar, which stands outside the tourist information centre and has become a selfie spot for musicians and fans alike. Standing 12 metres high, it was officially opened on January 25, 1988, by the late Slim Dusty. The next Tamworth Music Festival is scheduled for January 18-27, 2019. Pictured here is Morgan Griffin, who co-starred with Paul Hogan and Shane Jacobson in the 2009 comedy Charlie & Boots. Part of the film was shot in Tamworth with locals hired as extras.

Five ways to invest in our regional towns

It’s important to do more than just roll in and take a few photos. Most towns have a tourist information centre or signage outlining special areas of interest, but sometimes it’s the simple things that make a difference. Here are five easy ways your tourist dollar can help our regional towns.

And don’t forget to tell everyone about your trip to encourage further tourism!

If you would rather donate money directly to help our rural towns, the NRMA is working with
three fundraising organisations:

Save on fuel, accommodation and experiences

And so much more with NRMA Blue 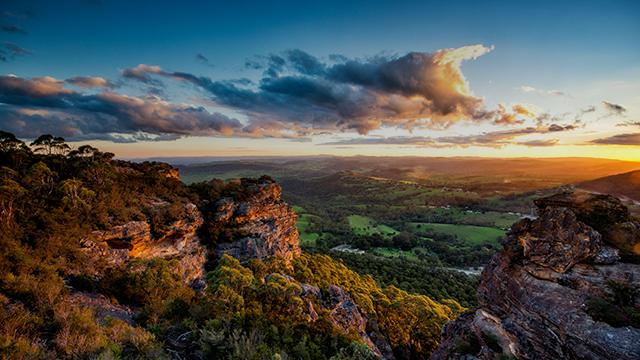 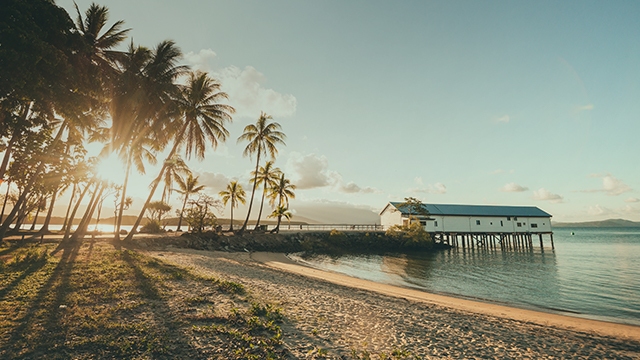 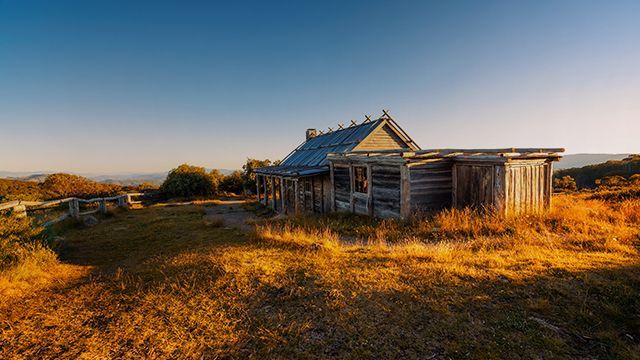 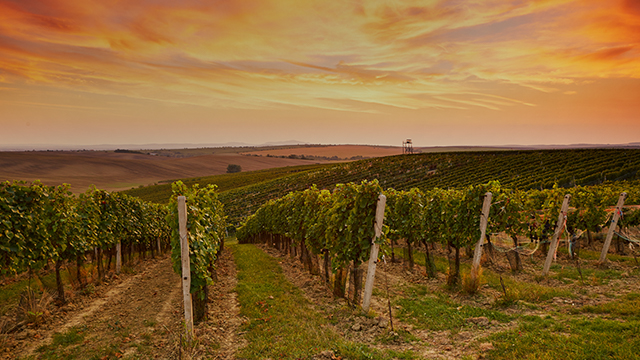 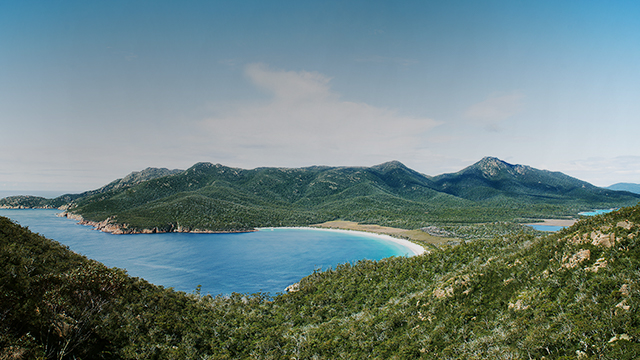 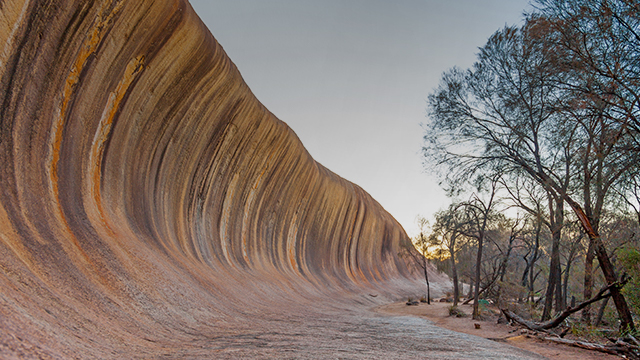 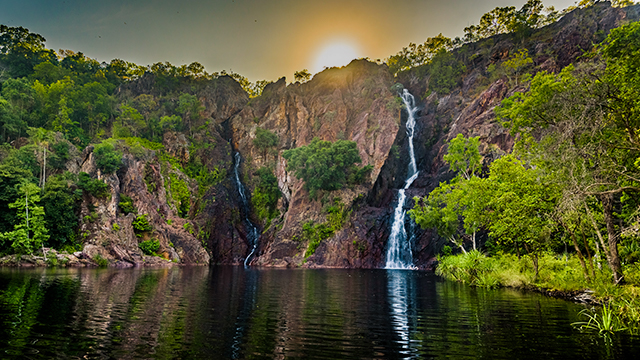 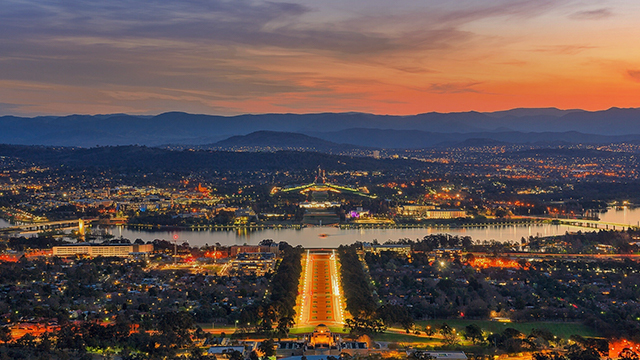 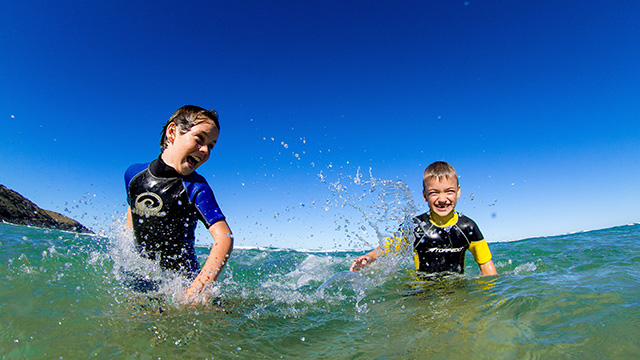