The champagne corks are popping again at Hyundai with its win for the i30 in this class. The series 2 model has settled in as a serious and consistent performer in the small cars sales race and is a regular in Australia's Best Cars finals. Similar to other vehicles in the Hyundai clan and its sister brand Kia, the i30 started the race with a head start for pricing and then built on this lead with cheap running and repair costs. The better-than-average warranty and dealer coverage rounded out the deal.

But it isn't just the dollar equation that makes sense with modern Hyundais. The maturity of the brand is also starting to show in its designs, both externally and more importantly the interior design that you have to live with every day. The i30 cabin is spacious enough and the dash layout is relatively uncluttered. The centrepiece is the dash-mounted five-inch touch screen that controls the information and entertainment systems, eliminating the need for some mechanically operated switches.

The touch screen also displays the image from the rear-view camera, which is standard across the range and is a great safety and convenience feature. This simpler design contributes to the ergonomics of the i30, as the steering wheel – which is adjustable for both tilt and reach – carries the easy-to-access controls for the standard cruise control and audio system.

Many buyers often have a nagging doubt about how safe a small car can be. Hyundai i30's five-star ANCAP rating was achieved with the help of front, side and curtain airbags plus the bonus of a driver knee airbag and so this should go some way to addressing that concern.

We took the volume-selling 1.8-litre direct-injection petrol version with the six-speed automatic to the Anglesea proving ground for the final judging. It is a very flexible engine with reasonable mid-range pulling power while at the same time achieving a very good score for its environmental performance. However it was not as quiet as the other two finalists when it was going about its business of delivering this sort of performance. And plenty of others equal or better its fuel consumption.

The i30 is popular in all parts of the country, so it has to be more than just a city car. We ran the i30 over every type of surface, from billiard-table-smooth bitumen to sweeping dirt road sections full of deep corrugated ruts, and the ride remained compliant and confident throughout. It also has Hyundai's push-button three steering-tune settings – Comfort, Normal and Sport – which alter the amount of power assistance given. Although they did offer slightly different steering feel, most drivers will be happy with the Normal mode as it is the right compromise of on-centre road feel and steering effort.

The small car market in Australia is the most competitive and fiercely fought, so to win in this category you need to have a well-balanced package. Although the i30 did not quite having the handling and performance of the two runners-up, Mazda3 and Ford Focus, it did match them for space. But it was its value that couldn't be beaten and that's what really got it across the line this year. 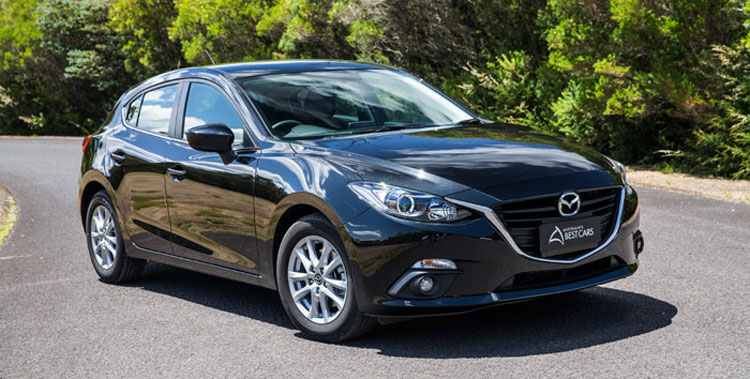 Mazda3 has the KODO, Soul of Motion exterior design theme that's being delivered across its maker's range. Sounds a bit arty but the car is very popular with buyers. Combine this with a comfortable drive and a practical interior and you're in the hunt for an Australia's Best Cars gong.

Although not having the same level of kit as third-placed Ford Focus Trend, the volume-selling Maxx variant has a reversing camera, quirky-looking seven- inch touch screen that sticks up from the dash, internet-based radio, sat-nav, multi-function command centre and paddle shifters in the 6spd auto.

Of the three SKYACTIV petrol or diesel engines in the Mazda3 range, the Maxx has the 2.0-litre petrol version. SKYACTIV is Mazda-speak for a suite of technologies it has developed to improve fuel economy, deliver more power and torque, lighten vehicle weight and improve chassis performance. The most obvious of these technologies to the driver is the stop/start technology that shuts down the engine when you're waiting at lights etc. And the push-button starter on the dash gives a sense of high tech.

The Mazda is most relaxed on the bitumen, delivering a firm, controlled but comfortable ride, and overall there was nothing in the On The Road section of the scoresheet to separate it from Ford Focus. 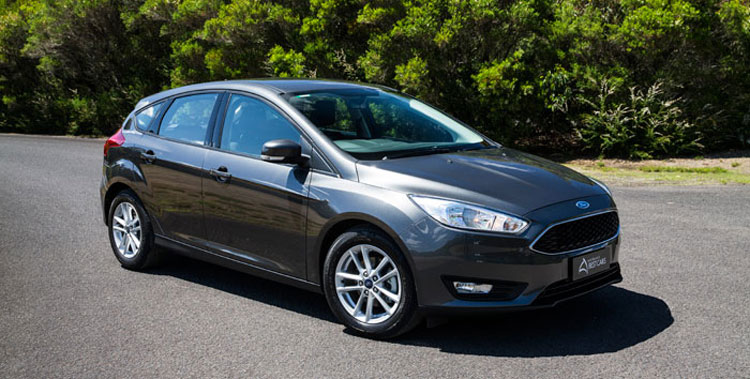 There is no disgrace in a third place for Ford Focus, as there was very little in the scores to split it from the second-placed Mazda3. It matched the others in nearly everything in the value stakes, beating the Mazda for standard features, but it was let down by an average warranty coverage.

All Focus variants are equipped with idle-stop, alloy wheels, a reversing camera, rear parking sensors, Ford's SYNC 2 infotainment system with an eight-inch touch-screen, sat-nav and a practical voice-control system. The Trend's other "nice to haves" include daytime running lights and hill launch assist. The "must haves" are the six airbags including curtain airbags front and rear.

The 1.5-litre turbo petrol engine is a little gem. It's direct-injected with variable cam timing and delivers 132kW to the front wheels. Although assisted by a torque vectoring system, it didn't completely get rid of torque steer.

Focus may have been pipped at the post for second place by Mazda3 Maxx but the reality is that they are so evenly matched that for some buyers the choice between the two will be anything from brand loyalty to personal taste such as styling or just the little things you like or dislike in a car.

An NRMA car history report could save you thousands