A vehicle can literally come from nowhere and take out top honours in Australia's Best Cars. This time around, the Volvo XC90 was that dark horse.

In the previous awards, the XC90 was ranked 13 in the field but in the latest testing it bolted to the top of the pack with an all-new model - one that had been many years coming.

When Volvo released the first XC90 in 2003, it basically pioneered the luxury seven-seat SUV market. Now the well-heeled are spoiled for choice with offerings from Mercedes, BMW and Range Rover to name a few.

This time around there were 20 contenders in this category which also included models from Lexus, Porsche, Nissan, Mazda and Ford.

The XC90's new look brings it in line with other Volvo models but it's in the cabin where it really shines. Judges praised its beautiful interior design, class-leading ergonomics and seating comfort, with the Volvo XC90 sprinting ahead when it came to the Design and Function section of the scoring.

Nice touches are the rimless mirror, the cover over the centre storage area that is not a cheap plastic - other car makers, please take note - the tiny diamond-shaped impressions on the toggle switches, and the crystal-like appearance of the gear lever.

Unlike many seven-seat SUVs, where the third-row seats are more of an afterthought, Volvo has focused on making sure every occupant enjoys the XC90 experience. First is the theatre-style seating, where the first row is the lowest, the next is slightly higher and the next higher again. This provides better vision for all occupants and also helps reduce motion sickness.

Volvo has also designed the sound system so all passengers have the same sound experience regardless of seating position. The sub-woofer is located in the roof so the sound is distributed evenly throughout the cabin.

Given the Swedish manufacturer's focus on safety, the XC90 did very well here, scoring a 10 (class-leading with the Mercedes-Benz ML 350) for keeping occupants protected. The XC90 debuts not one but two world-first safety features: City Safety with Intersection Collision Mitigation, which can stop you turning into the path of an oncoming car at an intersection, and Run Off Road Protection, which prepares the car if, despite all the other technology, you do leave the road. The Inscription model also has cross-traffic alert and rear-collision warning, and the curtain airbag protection covers all three rows.

Not surprisingly, given the Volvo's interior design, the XC90 was rated equal top of the category with the Range Rover Sport for build and finish quality, a criterion considered critical for this type of car given its luxury price-tag.

Buyers in this class expect a reasonable level of drivability, including some off-road prowess. XC90 was never going to topple the Range Rover Sport in this regard - nor could any other contender - but in the end XC90's design and function was irresistible. 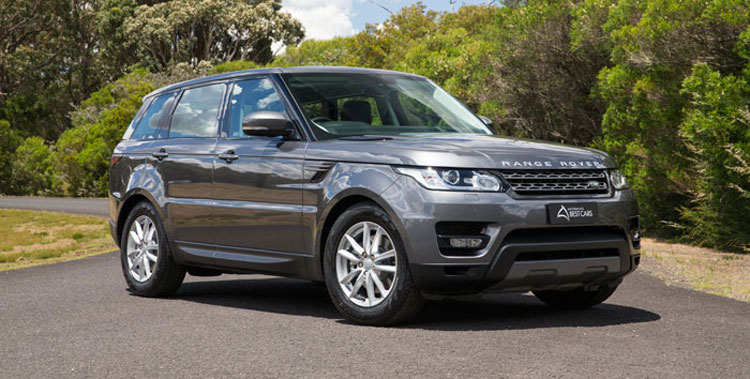 There was nothing new for the Rangie this time around, so given the competition from new models it is a good result to remain in the top three. A change in the volume seller from the higher-priced SDV6 SE to the TDV6 S model - which is $20,000 cheaper - undoubtedly helped the Sport in this year's awards.

Yet, despite being an older model among some fresher metal, the Range Rover excelled in the On The Road criteria. It scored seven or more in all areas of assessment and was equal class-leading in many.

Scoring an eight in off-road ability - equal to the legendary Toyota LandCruiser and Nissan Patrol - shows just how clever the Terrain Response System in the Range Rover really is. In most cases if a vehicle is good off-road then its on-road manners suffer and vice-versa. So it's extremely unusual to have an extremely capable off-roader have excellent handling as well, but the Rangie really does offer buyers the best of both worlds.

Where Range Rover couldn't compete was in the critical Design and Function area. Its safety score was off the pace - particularly against the Volvo - and it's not as spacious as either of the other two finalists. 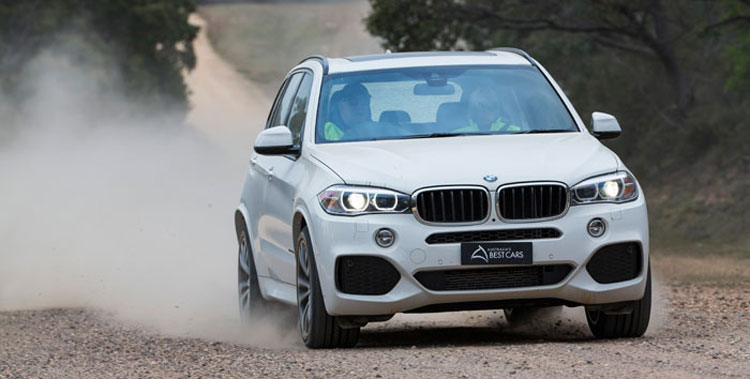 The addition of the all-new Volvo XC90 has given this category a considerable shake-up, but the BMW X5 has always been a serious contender for luxury SUV buyers.

While the X5 was not class-leading in a particular criteria, it did score highly in many areas.

The third-generation X5 was the top-selling SUV in this class in 2015, according to new car sales figures, but it was the only European model, proof of how much this class is changing.

Like the Rangie, the X5 outscored the Volvo XC90 in the On The Road section, which is not that surprising given its strong dynamic pedigree. It matches the other finalists with an 8spd automatic, augmented by paddle-shifters on the steering wheel.

But to that it could also add an equal class-best fuel consumption score, an area where the diesel X5s have always excelled.

In practicality the X5 outpointed even the Volvo with features such as a two-piece powered tailgate, easy-fold rear seats and an impressive turning circle. And it might have an ageing interior but that's only for its design, as it still scores well for build and finish quality.

It's just that, as good as X5 is, the newer other finalists are even better.

An NRMA car history report gives you peace of mind