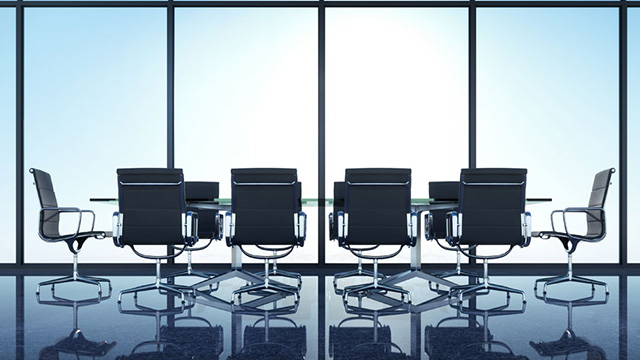 The Board of Directors of NRMA (Board) comprises of a maximum of nine non-executive Directors. The strategy, culture, performance, corporate governance and risk appetite of the NRMA is the responsibility of, and managed under the direction of the Board. The Board also has responsibility for appointing the Appointed Directors and for reviewing its own performance.

You can get more information on Board and governance of NRMA here:
Constitution, Board Charter, Board Committees, Directors' Fees and Appointed Directors
NRMA Election of Directors
Annual Reports and AGM

Tim is a Director of Platinum Asset Management Limited and Advisor to Quantium, Australia’s leading data and analytics company, and holds interests in several private high growth innovative companies. He is an authority on how to use information and technology to drive innovation, for corporate strategy and for a better society. His core interest relates to the role of directors to create good governance, for the service of customers and the community.

Along with fellow directors and Chairman the late Hon. R J Hawke, Tim helped to establish The Bestest Foundation. This charity has raised over $4 million for disadvantaged Australian children.

Tim brings to the Board a wealth of experience in working with large scale complex consumer facing businesses, where new technology is impacting the current and future needs of customers. He is passionate about helping organisations become more customer centric for a future that is sustainable for all stakeholders.

Committees
Chair and Member of the:
Governance, Compensation and Nomination Committee

Member of the:
Finance and Investments Committee

Fiona is a collaborative and passionate advocate for rural and regional communities and issues. She has been an agricultural industry leader at both a state and federal level since 2008. Elected in 2016 as the first female President of National Farmers’ Federation, she is now leading industry through an exciting period of change.

She, husband Ed and family farm on the Liverpool Plains near Premer in northwest NSW. She holds a Bachelor of Arts Degree, and is a graduate of the AICD. She has represented her local community on a variety of community groups, and served as an elected councillor on Liverpool Plains Shire Council.

An experienced Chair, Fiona is particularly interested in the development of good governance and policy, and passionate about outcomes to support the potential, sustainability and growth of rural and regional communities.

Committees
Chair and Member of the:
Policy and Advocacy Committee

Member of the:
Governance, Compensation and Nomination Committee

David is the Executive Director of the Western Sydney Business Chamber.

David led a campaign in support of the Western Sydney Airport at Badgerys Creek including establishing the Western Sydney Airport Alliance. He has collaborated with chief executive officers, managing partners and Vice Chancellors to support campaigns like the Powerhouse Museum to Parramatta, the Westmead and Liverpool Innovation Precincts, Sydney Olympic Park, Parramatta Light Rail and Sydney West Metro.

As Housing Minister, David oversaw the construction of approximately 9,000 new social housing dwellings - including 6,300 through the Nation Building Economic Stimulus Plan. David has also worked as an Urban Planner and adviser to the Minister for Planning.

He was also the youngest person, at 30 years of age, to hold the office of Lord Mayor of Parramatta, where he served for three terms.

David is currently a Director of Think Planners; and serves as a non-executive director on the boards of the Museum of Applied Arts and Sciences, Evolve Housing, and is the Chair of the Liverpool Innovation Precinct.

David brings to the NRMA Board a wealth of experience in both the private and public sectors. He is passionate about ensuring that all communities are great places to live regardless of where they are located.

Kate retired as the Senator for the ACT on 24 March 2015, having been first elected to the Federal Parliament in 1996. She was re-elected at every subsequent general election. She served as the Federal Minister for Sport and Multicultural Affairs and Minister Assisting for Industry, Innovation and the Digital Economy in the Gillard/Rudd Government.

She is a graduate of the Australian Institute of Company Directors.

Kate is actively involved in a number of community and sporting clubs which reflect her broad range of interests. She is also a Director of the Cyber Security Research Centre, Electro Optic Systems, the Australian Grand Prix Corporation and the National Youth Science Forum. She is also a member of the ACT Defence Industry Advisory Board.

Kate has been recognised with an Honorary Doctorate of Letters by the ANU for her contribution to policy and advocacy in the information and communication technology sector.

Kate brings to the Board her interest and experience in the impact of technological change in our society, community and economy. She maintains her longstanding commitment to regional development over many years with a focus.

Committees
Member of the:
Audit and Risk Management Committee
Policy and Advocacy Committee

Marisa is currently the Managing Director and Group CEO of UOW Global Enterprises, a global education company, which is a subsidiary of the University of Wollongong. She also brings extensive service industry experience including holding executive roles at the Port Corporation and Uniting Care.

She holds a Bachelor and Master of Commerce, is a Harvard Alumnus, Fellow of CPA Australia, Assoc. Fellow of AIM and a Graduate of the Australian Institute of Company Directors. Marisa is a Director of the Illawarra Shoalhaven Health District Board and is the Chair of its Audit and Risk Committee.

Marisa is an experienced Director and CEO and brings to the Board expertise in strategic planning, financial and risk management, mergers and acquisitions and change management. She has extensive experience in corporate governance with an emphasis on transparency and sustainable performance. She is a strong advocate for reliable, safe and efficient transport links as an enabler of regional prosperity and growth.

Committees
Chair and Member of the:
Audit and Risk Management Committee

Member of the:
Governance, Compensation and Nomination Committee
Finance and Investments Committee

Jane is an experienced Non-Executive Director in both public and private companies in Australia and the USA, bringing deep international consumer, digital, brand, marketing and governance experiences. Her key contributions are in customer / consumer-focused business transformation, harnessing digital, technology, brand and marketing to enhance business performance.

Jane’s executive experience spans the consumer-focused FMCG, Luxury and Retail industries and she is one of the original ‘digital natives’ in the Australian Digital / E-commerce industries – both as a Chief Executive Officer and Chief Marketing Officer. She has held senior roles in Unilever, Microsoft, Ninemsn, Elizabeth Arden (Australia) and Stila Corporation. Jane has extensive global experience, particularly in Asia, Europe and North America.

Jane has built a strong reputation over the years for leading teams and transforming businesses in difficulty back on the road to profitability and growth. She is also particularly interested in and curious about the future of mobility.

On a personal note, Jane is a passionate motorbiker and loves vintage cars and aeroplanes.

Jane brings to the Board a wide breadth of experience in many industries and countries. She is passionate about customers, transformation and helping businesses utilise their assets to enhance both, the customer experience and business performance.

Term of office
Date first appointed by the Board: 13 May 2019 for a fixed two year term

Committees
Member of the:
Governance, Compensation and Nomination Committee
Policy and Advocacy Committee

Kirsten's career has spanned more than twenty years in the mining, infrastructure, logistics and supply chain industries, with her most recent executive role being CEO of the Hunter Valley Coal Chain Coordinator. This role oversees the complex logistics across all participants of that supply chain in a unique, industry collaboration. Her career spans technical roles, commercial and strategy roles and general management, with a significant period at Orica, which included global and Australia Asia focussed roles.

Kirsten also has extensive experience as a non-executive Director across a range of industries, sitting on the Boards of the Hunter Medical Research Institute, the Regional Development Australia (RDA) Hunter and water focussed engineering consultancy Hunter H2O.

Kirsten is passionate about diversity and inclusion, and has led the Equal Futures Project in the Hunter to raise awareness and funds to support improved outcomes for marginalised groups. She founded Verity Leadership to try to ensure the leadership population moves to reflect the actual diversity of society.

Kirsten brings a regional lens, a passion for improving outcomes for people, and a belief in engaged, connected and authentic leadership. She places material importance on creating great workplace cultures, transforming organisations and embracing innovation and new technology to deliver to the needs of customers and the community. Road safety, transport connectivity and lifestyle are of keen interest.

Committees
Member of the:
Audit and Risk Management Committee

Gary, is Chairman of Flight Centre, one of the world’s largest retail and corporate travel businesses, operating in over 30 countries and one of the industry’s enduring success stories. He is also a Director of Michael Hill International Limited and Chair of that company’s Audit and Risk committee.

Gary is founder and Managing Director of Tourism Leisure Corporation, which has for over 20 years operated several businesses within the tourism and leisure industries. He also has extensive experience in audit and risk due to his early career at Arthur Andersen & Co and his long career as a public company director where he has served on a number of Audit and Risk committees. He is a chartered accountant.

An experienced Chairman and non – executive director, Gary is a life member of the Queensland Tourism Industry Council and a former Chairman of that organisation. He is also a former deputy chair and director of Ecotourism Australia, which is Australia’s leading industry group representing the nature based segment of the tourism industry. He was also a director of Tourism and Events Queensland.

Gary has extensive experience in regional tourism, he and his colleagues conceived the much heralded Kingfisher Bay Resort on Fraser Island. Gary guided the establishment of the resort as a leader in the relatively new area of ecotourism and operated the business from opening in 1992 until its sale in early 2018.

Gary brings to the board a very broad experience of developing, acquiring and operating a wide variety of tourism businesses, from resorts and hotels to tourist attractions. He has a deep understanding of the tourism industry, including how tourism can play a major role in the improvement of economies in regional Australia.

Term of office
Date first appointed by the Board: 6 February 2019 for a fixed two year term

Committees
Member of the:
Audit and Risk Management Committee
Finance and Investments Committee

Derek is a corporate adviser with over 20 years’ experience advising large companies in Australia and overseas. He has worked with many of Australia’s leading brands on transformational transactions across a wide range of industries including travel and tourism, real estate, telecommunications, financial services and media. His experience includes advising on well over $100 billion worth of corporate transactions. For many years, Derek held senior roles at Morgan Stanley in Sydney, New York and Hong Kong. More recently, he founded Northcliff, a specialist corporate advisory firm.

Derek is focused on helping leading Australian companies adapt and succeed in times of rapid change. He is a strong supporter of the ideals of community and access which led to the founding of the NRMA and underpin its success.

He lives in Sydney with his wife and two children and has a long-standing involvement in community sport - as coach, player and spectator. He was educated at Sydney and Oxford universities.

Derek brings to the Board the benefit of his strategic and financial insight, developed over many years advising companies in Australia and overseas. He has particular expertise in corporate strategy and in the execution of corporate M&A transactions.

Committees
Chair and Member of the:
Finance and Investments Committee

Member of the:
Audit and Risk Management Committee 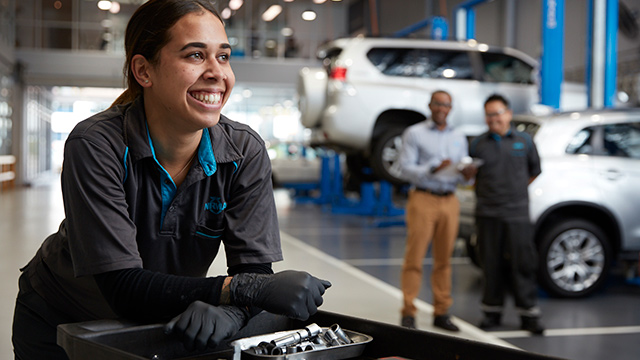 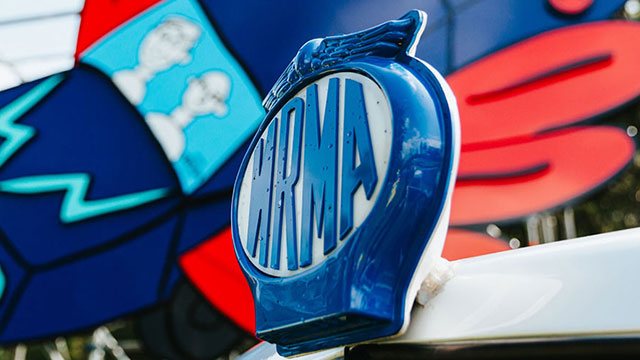