In the Light Car category, where value for money is often the primary buying consideration, the new generation Suzuki Baleno GL five-door hatchback gets off to a great start with an equal class-leading drive-away price of $16,990 for the basic manual model, while the more popular automatic version is a modest $1000 more. Even at $17,990 drive-away, the automatic is still significantly cheaper than most of its main rivals. Baleno backs this up with economical fuel consumption and affordable servicing and repair costs.

Baleno has one of the roomiest cabins in the class, while judiciously chosen standard equipment adds to the driving ease. The interior layout is simple and functional with a number of driver assistance features that you don’t expect to find in entry-level models at this low price-point. This includes features such as a reversing camera, satellite navigation and Apple CarPlay (all operating on a seven-inch colour touch-screen), plus dusk-sensing headlights, cruise control with a speed limiter and hill hold control in the automatic version. While the trim materials tend to reflect the budget pricing, the car’s fit, finish and general build quality look good.

Suzuki’s efficient use of cabin space means Baleno is not only one of the best in class in terms of space but it’s almost as roomy as some of the popular models in the next class size up. The front seats have a good range of adjustments and provide a respectable level of comfort. Like the majority of cars in this category, however, the GL does not have reach adjustment on the steering column. For a light car you will find it has a surprising amount of rear leg room, plenty of head room and a massive boot. Seating three adults in the back, however, is a squeeze.

The performance and on-road ability of the GL model, with its 1.4-litre naturally aspirated four-cylinder engine and conventional style four-speed automatic, is solid rather than spectacular. And the engine’s power and torque figures are around average for the class. As such, it is not an exciting drive but it should satisfy the needs of most budget-focused light car buyers.

More important to buyers is the relatively low, although not quite class-leading, fuel consumption. With an official 5.9L/100km, the occasional trip to a service station shouldn’t cause too much heartache.

Riding on coil springs all round, the GL model’s suspension set-up has slight bias towards ride comfort. It is compliant and soaks up most bumps effortlessly. Its handling, however, is a touch conservative. Around town, Baleno is easy to drive and well mannered. However, the steering is a little vague just off centre, and when the GL is pushed along a bit harder it isn’t quite as composed as some of its sportier-feeling competitors.

Baleno has not yet been ANCAP tested, but it does come with six airbags, electronic stability control and a brake assist function.

In the end, Suzuki Baleno GL’s value for money and extra cabin space gets it across the line ahead of some well-credentialled and very competent opposition in this category. 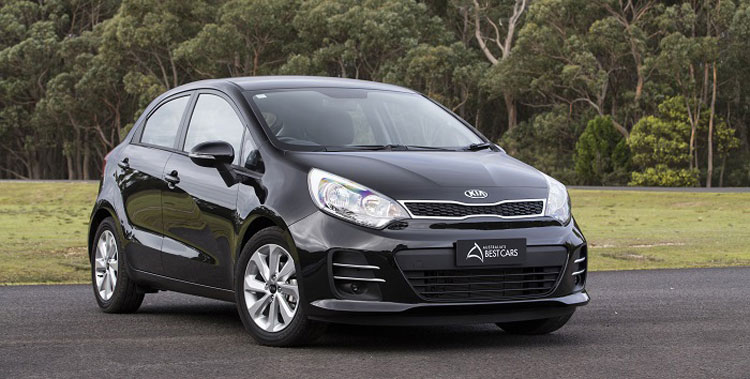 Although the 2016 Kia Rio was in run-out mode at the time of Australia’s Best Cars testing – the all-new Rio was scheduled to be released in Australia in early 2017 – it still mounts a strong argument when all the buying, ownership and driving aspects are carefully weighed up.

In design and function, Rio has one of the more spacious cabins in the class, the seats are comfortable, and well-placed controls add to the driving ease.

Rounding out the package is a five-star ANCAP safety rating, achieved with six airbags and a braking system that includes ABS, EBD and BA.

While Rio’s on-road ability is not quite class-leading, it has all the city-friendly nimbleness you want to tackle the daily commute. The S model gets a smaller-capacity 1.4-litre engine and a four-speed automatic rather than the more powerful 1.6-litre with a six-speed auto found in the higher-priced versions.

The 1.4-litre’s performance is solid but there is not much in reserve for steep hills or rapid passing. 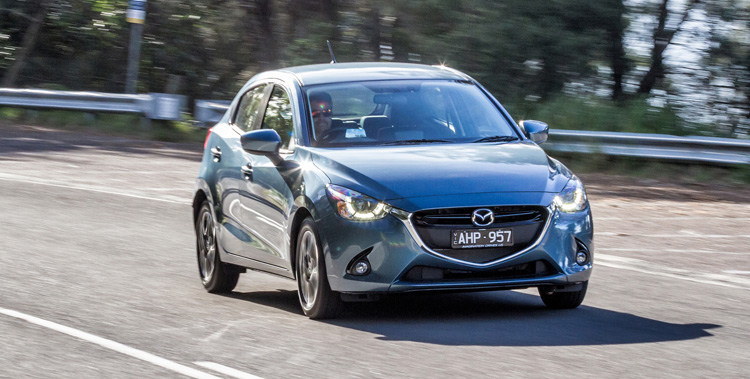 Mazda2 is an evergreen in the light car category. At the heart of its appeal is a practical cabin layout and strong on road ability. An excellent chassis and well-proven mechanical layout, featuring Mazda’s innovative SkyActiv technology, delivers one of the best driving experiences in the class.

The Mazda is not a price leader but still the top-selling Neo version, which is the entry level in the range, offers respectable value for money in terms of standard features, insurance cost and fuel consumption.

Cabin space, while not abundant, is functional, the seats are comfortable, and most drivers will appreciate the simple, easy-to-use layout of the instrumentation and controls.

The Neo gets a slightly more basic 1.5-litre SkyActiv engine than the higher-spec Mazda2 models, but with its useful 79kW of power and 139Nm of torque put to the road efficiently by a smooth changing six-speed automatic, the performance is still better than most others at this budget-focused end of the market.

On the road Mazda2 has a surefooted feel. Direct steering and a small turning circle make city driving a real breeze. Its roadholding and cornering ability are impressive, while the ride, although firm, is fairly compliant.